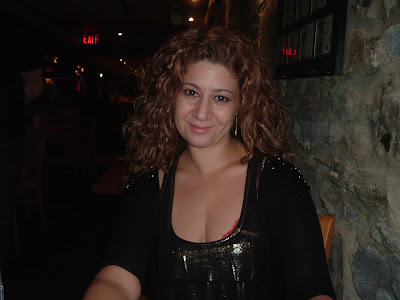 October 29, 2009; Lainna & I at C'est What, Toronto, Dead Elephant Ale and Scrabble; have you heard of this beer? Like Steam Whistle, perhaps; hoppy, nice. Although I have to admit I picked it for the name; it tasted nothing like what i imagine dead elephants; oh, train at St. Thomas, did you have to take our Jumbo away? 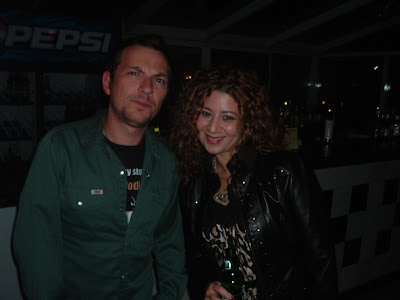 The next night, Lainna & I went to Harbourfront, the launch of a new book published by Anansi on Broken Social Scene, including an on-stage interview with the author + some of the band by Toronto Star's Ben Rayner. A photo of her here with Rayner.

Before his current decade-plus at the Star, he worked at the Ottawa Sun; before that, he was a plucky young Carleton University journalism student who called me up on the phone, asking if he could interview me for some class project; see where he is now...? Nice!
Posted by rob mclennan at 4:41 PM
Labels: Ben Rayner, Lainna