A sapling in a circle, roots buried
In air. Moon spinning time the sun denies.
The earth a body the monster turned
Inside out. Darkness began in the mouth
Of the hut the old men built on the edge
Of our story. Once upon a time it began
There was a queen in a clock by the sea.
The old men know their old story by heart.
The old men hold in their hands her hands
Broken at the wrist, five-fingered branch,
Ocean-sound of circle scratched slow in dust.
Bring me my coronet of rotating gears.
Contrive me a throne from coiled spring.
The hands of this clock point nowhere but now. (dan beachy-quick and srikanth reddy)

I've always been partial to the annual P-QUEUE issues out of SUNY-Buffalo, comparable somewhat to Concordia's headlight anthology, a showcase of the school and community at large. A couple of pages after the image of "…the pelican in her piety…" as attributed to St. Epiphanius from the 1500s, Andrew Rippeon writes in his "Editor's Note":

Pelican appears in English usage first as a term for an unidentifiable bird—any unidentifiable bird, but especially the sort found in wild places. One imagines standing at the edge of such a place, pointing to birds circling in the hot distance: "Pelicans." Standing with the known at her back, her feet on the border, and her face to the unknown, while groping vaguely toward shapes rising and falling on far-off thermals, one becomes the word she uses for what she sees. Pelicans as we now know them (genus pelecanus) then unknown in Great Britain, "pelican" was simply the sound in English of the Hellenic-Latinate root—the word without target in translation thus identical to the gesture of an arm pointing.

Was this where Sheila Watson got her own title, White Pelican, for her early 1970s Edmonton journal of writing and visual art? 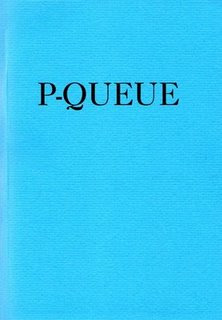 This is the "CARE" issue, subtitled "how to care, that one does care" and section headers "To," "Between," "For" and "Together," crafting a whole issue from such scattered parts, including eric elshtain's compelling essay "Gnoetry0.2 and the Continuing Effort to Make Poetry Mean," and Dan Waber's piece on notation, "Regular Expressions as a System of Poetic Notation," that begins with a bpNichol quote, and writes:

Words fail. Words fail even for poets, or, more accurately, especially for poets. The motivational force behind all acts of creation is dissatisfaction—I put forth the effort required to make this thing because I am sufficiently dissatisfied with a world in which it does not exist. I continue my attempts to make other, in the view of my early optimism, better things because I have grown dissatisfied with my earlier attempts, or, because I have found some new dissatisfaction I need to right, to write, two rate, too wrought. But I'm getting ahead of myself.

How often has someone written so well on the subject of meaning and failure in contemporary poetry? Even Beckett wrote "Fail again. Fail better."

The next issue is on the theme of "S P A C E," and copies of this current issue can be purchased for $12/copy (US; includes shipping); this and submission guidelines can be found at http://www.p-queue.org/ or by writing c/o Andrew Rippeon, 306 Clemens Hall, English Department, SUNY Buffalo, Buffalo NY 14260.

That it can't w/properly feeling be expressed privately, w/us or
in between us

How can I grow a location that isn’t a picture

That, in growing, it posits a spine as part of a reading, here

How naturally as they arrived and were received, amiable or
not, where multiple likings

How is a disposition held, as geographic knowledge

That is a shining part, these are documents, 'light is in it'

How is habitual learning, a doll shiny and double

That was 'donut vending in Cork'