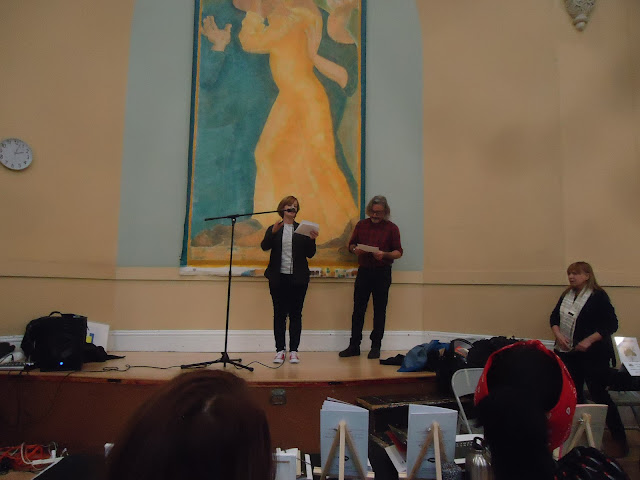 [Hazel Miller and Gary Barwin announcing the winner of the 2017 bpNichol Chapbook Award] Further to my previous set of notes (and, see, I’m writing about the ottawa small press book fair as well), here are a few more items I picked up at the most recent Indie Literary Market:

Toronto ON: Anstruther Press’ chapbooks are becoming increasingly known for their lyric, narrative precision, as well as focusing on producing only a couple of titles per year, most recently Krischan Stotz’s Brother Magnet (2017) and R.P. LaRose’s A Dream in the Bush (2017). Krischan Stotz, according to the bio, is “a young gay Canadian writer who lives in Berlin as a freelancer,” and at the back of Brother Magnet is a sequence of seven short lyrics composed in tight lyrics with the energy of a tightly-wound steel cable:

A painting I’d like to see: a young man, any young man,
his face the face of an eternal child with his father

at midday walking the red-brown bars while I,
who myself am in the painting run past them,

the pressure of my feet causing the sand to liquefy,
alerting a razorfish who, digging to safety ejaculates

a thin spout of water that the young man
flings himself to dodge, with a half-smile,

seemingly aware of the humour like a magnet between us—
look at him—and all the while his father notices nothing,

neither the clam nor the boyish brink I’ve come to
in his presence, a brink I’d like to push the son past,

but for the posture of his dad, who looks straight ahead
and keeps walking. So I run, back tensed and stomach

LaRose’s A Dream in the Bush engages with the land and landscape, one that doesn’t live separate or passively distant from the narrator, but part of his own internal landscape. As he writes in the poem “Under the Snow”: “What’s outside the bedroom window / looks inside.” There are some really striking lines in LaRose’s poems, one that make me pause, or even stop dead in my tracks, including this little sequence from the poem “Some Words Held in a Love Poem”:

Women and men exist but
only in sentences.

We could be words in those sentences.

Held to each other
semantics and grammar 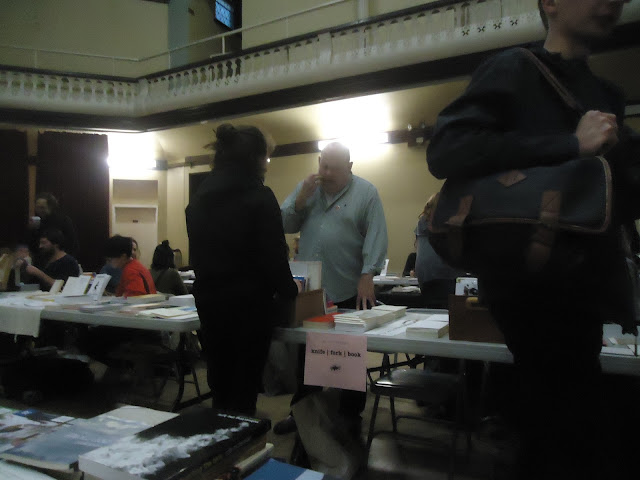 Toronto ON: Jeff Kirby [who reads in Ottawa for TREE in January 2018], the proprietor of Toronto’s already-infamous poetry-only bookstore, Knife|Fork|Book, has started producing small chapbooks, and one of his first [I reviewed his Dale Smith title here] is his own She’s Having A Doris Day (2017), following on the heels of his earlier chapbook-length poetry titles: Simple Enough, Cock & Soul, Bob’s boy and The world is fucked and sometimes beautiful (1995). The simplicity and grace of the design of this small title is quite striking, and the poems within are lyric narratives that play with the gleefully positive imagery of iconic American actress Doris Day against the darker impulses that coincide with such a simple version of American life. There is a playfulness here, even through a thinly-veiled rage; these are poems that proclaim a victory through perseverance, survival and a refusal to not exist loudly and joyously, as he writes to end the poem “ADAM’S FEET”:

“Love it or leave it”

that Nancy’s Ronnie and his kind wilfully
turned  left us to die  and I ill.
A nancy boy. A faggot.