Brooklyn poet and editor Jennifer Firestone’s latest poetry title is GATES & FIELDS (Brooklyn NY: Belladonna*, 2017), an extended sequence of fragments via nine titled sequences. Composed as a series of indirect missives on grief and loss—“GATES,” “FIELDS,” “SHE,” “LEAVING,” “GONE,” “SHE,” “CHORUS,” “GATES & FIELDS” and “SHE”—there is a sparseness to Firestone’s short sketched fragments, one that packs in an enormous, and enormously restrained, emotional content while utilizing sound, rhythm and repetitions, echoes and precision. On the back cover of the collection, Susan Howe offers that GATES & FIELDS writes “through the fierce silences at the heart of grief.” As Firestone writes: “A lineless horizon with no individual markings [.]” The restraint and tight lyric also brings a slowness to Firestone’s poems, forcing attention on every word in sequence: “The room contains / Feeling, how a room / Breathes / The body fixed / The mind / Unsettles [.]”

And when it flattened the word silence leaving or left the silencing
Though flattened what is seen what movement imperceptible
Spirals, escapes, distills, what we say energy, matter (“LEAVING”) 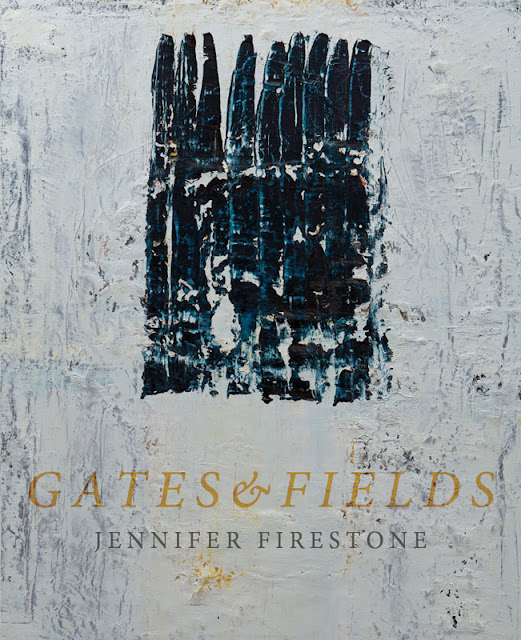 The extended poem of GATES & FIELDS, skirting up against and through specifics into an allusive exploration on grief is reminiscent of Ottawa poet Sandra Ridley’s Silvija (Toronto ON: BookThug, 2016) [see my review of such here]. Recently shortlisted for the Griffin Poetry Prize, Ridley’s is another extended lyric exploring grief and loss through a sequence of poem-sections. Where Ridley moves deeper into more tangible details, Firestone’s GATES & FIELDS moves, instead, through the elegiac into a kind of mournful, hopeful song, or even dream-state. There are times that the lyric abstract of Firestone’s poems make me feel adrift, with little to hold on to, but the lyric beauty of the poems are unmistakable.

Posted by rob mclennan at 8:31 AM
Labels: belladonna, Jennifer Firestone