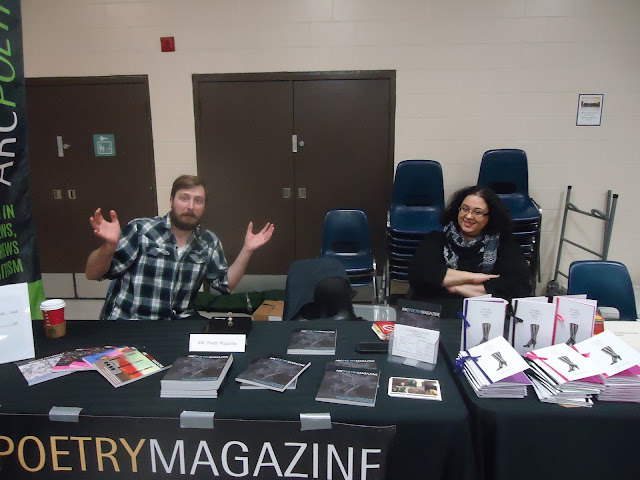 So many notes! And of course, see my prior notes here, as well as my ongoing notes on Meet the Presses, also.

I like the meditational quality of Seatter’s poems, the quiet subtlety of his observations. The poems are strongest when they are direct, precise and exploratory, rippling outward in a slow and quiet manner.

no i in buffalo

and
no we
in sagittarius

tons of lawlessness
but deliberate 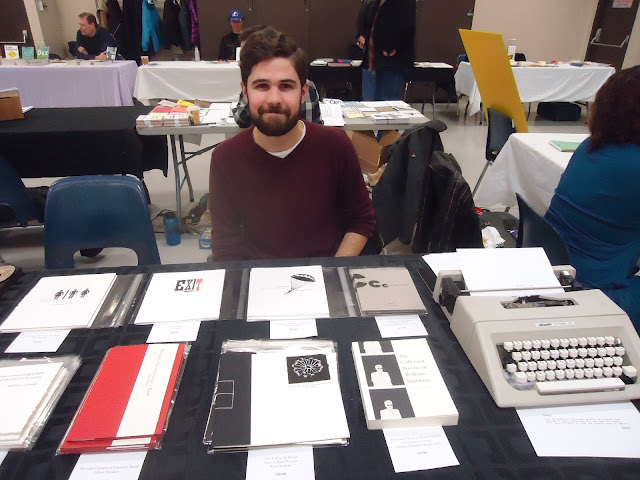 Ottawa ON: Natalie Hanna’s battleaxe press, along with producing chapbooks, has been producing small single-poem pamphlets as a broadside series that, at least for now, focuses on Ottawa poets, most of whom I really haven’t read much by. The first four in the series are “I don’t but she do but she ain’t so I won’t” by Liam Burke, “The Child Who Didn’t Make A Sound” by Jennifer Pederson, “the ‘pataphysics of internet dating” Amanda Earl and “civilian” by Mia Morgan, each produced in editions of one hundred copies. The designs for such are rather straightforward (which isn’t a bad thing), and produced on far better paper than most chapbooks I’ve seen lately. I’m intrigued by these, and curious as to see where the series might go next. The end of Morgan’s three-page poem reads: 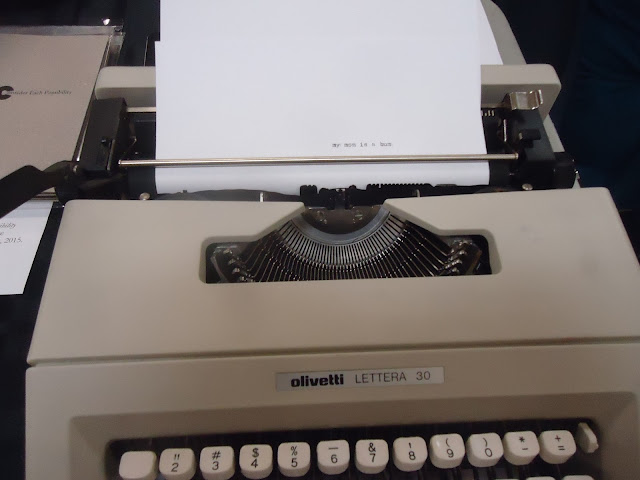 [what some random kid typed on the late William Hawkins' typewriter]

Kingston ON: I’m intrigued by the very small chapbooks that Michael e. Casteels’ Puddles of Sky Press has been producing lately, some of which include but a single poem on a single page. Some of the most recent in the series include Alice Burdick’s CHORE CHOIR (2016), Nick Papaxanthos’ Very Uncomfortable (2016), Lillian Necakov’s ASK (2016), derek beaulieu’s VEXATIONS 2: XEROX WORKCENTRE 5755 (2016), Dale Tracy’s What It Satisfies (2016) and Casteels’ own The Shape of Things to Come (2016), each produced in runs of seventy-five copies.

A black cloud swirls over our city, flies so thick they block out the sun. No one sleeps for the ever-present drone. The moment dinner is served they descend and ravage the meal. We’re left making thin soups with whatever bones we can find. Our repellents are futile. Our coils of flypaper remain bare. We swat at them, but they zip past like tiny spaceships at red alert. They’re evolving faster than we are and soon we’ll be the ones buzzing around the streets looking for something to believe in. (Michael e. Casteels)

There is something quite lovely about the very small chapbook, and not many publishers work to embrace such publications. Obviously, derek beaulieu’s No Press produces such, as did damian lopes’ fingerprinting inkoperated (a press that recently has been known to release the occasional item again, after a break of a decade or more), but they are few and far between. These little items are quite striking, in part because they contain so little text, and thusly, demand a great deal of attention.