After the diminishing / dirt body kicked against kitchen wall /

Kept alive / what mercy has lessened / quietened as we speak

Our cunning remains within. (“FARTHER / FATHER”)

Ottawa poet (by way of Saskatchewan) Sandra Ridley’s fourth trade poetry title is Silvija (Toronto ON: BookThug, 2016). Following her collections Fallout (Regina SK: Hagios Press, 2009), Post-Apothecary (Toronto ON: Pedlar Press, 2011) [see my review of such here] and The Counting House (BookThug, 2013) [see my review of such here], Silvija is a book-length suite broken into “five feverish elegies,” composed as a “linguistic embodiment of the traumas of psychological suffering, physical abuse, and terminal illness.” Ridley’s poetry has long managed to be remarkably precise in detail while concurrently evasive, and yet, the poems that make up Silvija can be seen as incredibly revealing, writing:

You are no less dangerous than you were as you drag

Your bones / field stones / we never once wept upon

The firmament / eight children left with the lone wife

Who would not carry the quiet / the final cardiac pall

Below the heart. (“FARTHER / FATHER”) 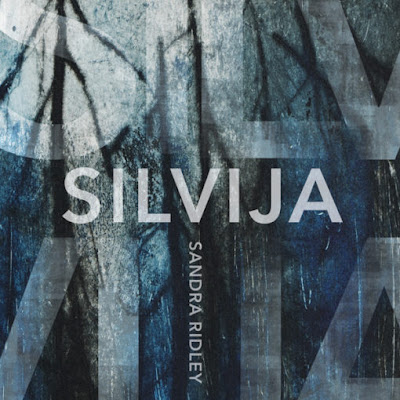 The poems in Silvija still manage to maintain her particular flavour of evasiveness. Ridley’s Silvija takes its title from the name of her dedicatee, a “Silvija Barons,” coupled with dictionary definitions of “Silva” and “Silvan, Silvana, Silvanæ” that open the collection, suggesting a compounded definition involving a wooded area, a creature from a wooded area and the writing produced about a wooded area. Still, Silvija includes elements that are possibly more revealing than her previous collections, exploring and attempting meaning out of a poetry of violence, trauma and healing, and furthering her capacity for the book-length exploration. And, as much as her elegies hold together as a single, extended unit, two sections were actually composed as part of other projects, such as the section “CLASP,” composed as a response to Gatineau artist Michèle Provost’s multiform art installation, “Playlist,” or an early version of “VIGIL / VESTIGE” commissioned as “an engagement with Petro Isztin’s photo installation, ‘Study of Structure and Form.’”

While the effect of Ridley’s short phrases staccato and accumulate into a complex tapestry that refuses anything straightforward, the emotional content is raw, savage and brutally stark. There are epistolary elements to Silvija, writing a narrator speaking intimately and directly to an unnamed and shifting “you,” and the poems reveal a furious content of trauma and grief, pushing to comprehend and, ultimately, heal as best as possible. As she described, quickly, her first three collections in an interview at Jacket2: “[…] the downwind effects of nuclear radiation in Fallout, medical incarceration, and the archaic and experimental treatments for tuberculosis and mental illness in Post-Apothecary, the trauma(s) of a relationship gone wrong in The Counting House[…],”Silvija writes out the trauma of loss, whether through physical and emotional abuse or death, composing four sequences – “FARTHER / FATHER,” “CLASP,” “VIGIL / VESTIGE” and “DIRGE” – that are surrounded by fragments of the fifth and final section, “IN PRAISE OF THE HEALER.” Via this simple thread, she holds the book together through a kind of mantra, or Greek Chorus, allowing that for whatever elese has occurred, healing, and even resolution, is possible (and the “healer” requires acknowledgment): “You give my hands the weight of your body. // Rest in me. // What I mean is this is where I choose to die.” What becomes so compelling is the understanding that it is through the very act of writing that allows the entire healing process, as she writes: “If you can’t speak / write in a fissured / alter-language / Of nerve-matter[.]” Indeed.

You and I—confined to our scrying room. Every falter of the limbs and every muscle of the face exposed to view. You are what I am. You cause as much sorrow. In what worse way could we vent this rage than by beating this head against these walls?

Sing for me. You seized the words out of my mouth—who suffers the most? You keep it all in. Noise—no noise. You upset me, baby. And you can’t do that.

We’re never left alone. Consider what the means are—we can’t lose what we haven’t ever had. You asked for it. You won’t get mercy. You are no more a whisper. (“CLASP”)