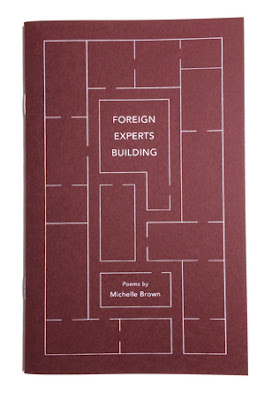 Desert Pets Press was founded in 2015 by illustrator Emma Dolan and writer Catriona Wright. Based out of Toronto, Ontario, the press publishes limited edition poetry and prose chapbooks and strives to combine exciting contemporary writing with innovative design.

Catriona Wright is a writer, editor, and teacher. Her poetry has appeared in Prism International, Prairie Fire, Arc Poetry Magazine, Rusty Toque and Best Canadian Poetry 2015 (Tightrope Books). She is the poetry editor at The Puritan and a co-founder of Desert Pets Press. @CatTreeWright

Emma Dolan is a Toronto-based designer and illustrator. In 2015 she co-founded Desert Pets Press. @emmadarkandweird

1 – When did Desert Pets Press first start? How have your original goals as a publisher shifted since you started, if at all? And what have you learned through the process?
My friend Emma and I discussed starting a chapbook press several years ago when I was enrolled in the MA in Creative Writing at the University of Toronto and she was working as a book cover designer. We’ve been friends for over 15 years, and we wanted to collaborate on something creative together. But then we procrastinated for a long time (including many months of brainstorming a name). Finally we got our act together in early 2015, and Desert Pets Press was born!

We’ve published four books so far over two seasons (Fall 2015 and Spring 2016). Our original goal was to have fun, publish people we like, and make beautiful books, and I don’t see those goals changing any time soon.

We’ve learned a lot through the process! I’m also the poetry editor at The Puritan, where I work with a big team of people who do the publicity, grant writing, event organizing etc., so it was eye-opening to be responsible for everything ourselves. The thing that amazes me most is the sheer number of emails we’ve sent. So. Many. Emails.

2 – What first brought you to publishing?
I still consider myself primarily a writer, so I came to publishing from that perspective.  I first became aware of the small press world in Ottawa when I took a workshop with you at Collected Works in 2007, and when I moved to Toronto, I learned about many other presses, both large and small. I was a spectator/consumer for many years, and I eventually found the courage (and the right partner) to participate more actively.

After completing a literature degree at Queen’s, Emma enrolled in the Book and Magazine Publishing Program at Centennial, so she was exposed to that side of things. She worked for several publishers before going freelance as a book designer and illustrator.

3 – What do you consider the role and responsibilities, if any, of small publishing?
We can only speak for ourselves, but for us it’s all about putting out work we’re proud of and that we’ve enjoyed producing. We love to support other presses by collaborating and attending their events, but at the end of the day, putting the work in and getting the books out into the world is our biggest focus.

4 – What do you see your press doing that no one else is?
I think it’s a bit unusual to have an artist and a writer working together. Emma has done an exceptional job with the design (covers, interior illustrations, etc.). We were inspired by two other small presses, Ferno House Press and Odourless Press, both of which are no longer publishing new books. I’d like to think we’ve done justice to their strong emphasis on design.

5 – What do you see as the most effective way to get new chapbooks out into the world?
I have no idea! We’re still new to this. We’ve definitely found that the majority of our sales have occurred at launches, but our Etsy store has been active, as well. Toronto boutiques and independent bookstores have also been taking notice of chapbooks and independent publications and are carrying them in their stores, and we have some chapbooks for sale at TKVO on Dundas and Type Bookstore on Queen. Chapbook creation is a collaborative process, so we also rely on our authors to spread the word through social media and their personal networks.

6 – How involved an editor are you? Do you dig deep into line edits, or do you prefer more of a light touch?
I’m still finding my editing rhythm, and so far my approach has depended on the book. For example, E Martin Nolan’s chapbook had already been heavily edited by Bardia Sinaee before it came our way. I was more involved in Michelle Brown’s editing process, but I’m also in a poetry workshop with her, so some of that editing came in the form of earlier workshop comments. Before we start on a new project,  I like to ask writers about their expectations to get a sense of what they want from me, and then I go from there.

7 – How do your books get distributed? What are your usual print runs?
We sell most of our books at launches, but we’ve sold several at Meet the Presses and the Ottawa Small Press Fair, and we’re lucky enough to have some on the shelves at Type bookstore. We also have an Etsy store, which has been quite successful this season.

For our first season of books, we did a 50 book print run, but we sold out almost immediately. This time we did 100 of each book.

8 – How many other people are involved with editing or production? Do you work with other editors, and if so, how effective do you find it? What are the benefits, drawbacks?
As I mentioned before, Bardia Sinaee edited most of E Martin Nolan’s book, but that was an unusual circumstance, and we don’t generally work with other editors. We get our books printed at Colour Code, a great local printer and a press themselves, and we’ve been very pleased with their work. 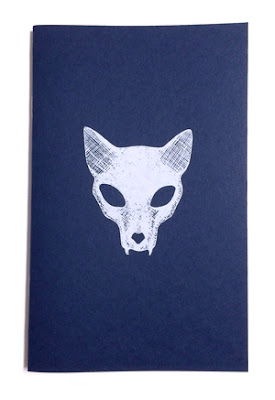 9– How has being an editor/publisher changed the way you think about your own writing?
I’m not sure it’s changed the way I think about my writing, but it’s certainly increased my respect for publishers and all the tough work they do. Before Desert Pets Press I didn’t fully realize how much attention has to go into each stage of the process (editing, layout, design, etc.), so I hope I’ll be more understanding when my own books are going through production.

10– How do you approach the idea of publishing your own writing? Some, such as Gary Geddes when he still ran Cormorant, refused such, yet various Coach House Press’ editors had titles during their tenures as editors for the press, including Victor Coleman and bpNichol. What do you think of the arguments for or against, or do you see the whole question as irrelevant?
Still working out my thoughts on this question! I haven’t published my own work yet and have no plans to do so soon (but a part of me would love to have Emma create some illustrations for my poems, so we’ll see).

11– How do you see Desert Pets Press evolving?
We’re content at the moment, but we’ll probably try to start publishing more books a season (3 rather than 2), and we’d like to start printing some broadsides. We’re hoping to attend more book fairs (Expozine, Brooklyn Art Fair, etc), as well. I don’t anticipate Desert Pets Press ever expanding into a full trade press. We’d like to keep our scale small and our ideas big.

12– What, as a publisher, are you most proud of accomplishing? What do you think people have overlooked about your publications? What is your biggest frustration?
We’re still babies in the publishing biz so just getting our chapbooks into the world has been our greatest accomplishment. Blissfully free of bitterness and frustration…perhaps that happens later.

13– Who were your early publishing models when starting out?
As I mentioned earlier, Ferno House Press and Odourless Press were our main models. They both created some beautiful, intelligent books. Spencer Gordon and Bardia Sinaee have also been helpful sources of information about making and distributing the books.

14– How does Desert Pets Press work to engage with your immediate literary community, and community at large? What journals or presses do you see Desert Pets Press in dialogue with? How important do you see those dialogues, those conversations?
We collaborate with several other small presses. In the spring, we co-ran our launch with the excellent Emergency Response Unit, and we’re hoping to work with Metatron and words (on) pages on some events/readings/launches in the next year. I’m also an editor at The Puritan, so we have close ties with those folks.

These connections are absolutely vital to our existence, and we support other presses by attending/publicizing events and trading/buying books. We got into publishing because we wanted to create something for a community, and we are continually inspired by the ingenuity of the Canadian literary world.

15– Do you hold regular or occasional readings or launches? How important do you see public readings and other events?
We’ve held two launches/readings so far, both at Reunion Island Coffee, and they were magical. It’s so gratifying to see the authors read and share their work. Public readings are important for publicity and sales, but even more important for celebratory purposes. No one is making any money from these books. It’s a gift economy, an exchange of creative energy, and we want to nurture this connection by bringing people together in person. 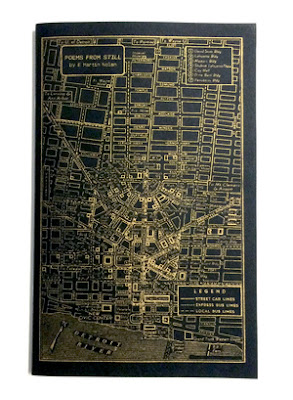 16– How do you utilize the internet, if at all, to further your goals?
Selling online has been a big help because it allows us to reach more people. We’ve had lots of sales all over Canada and the US (and even New Zealand!). Posting on social media has been our main method for getting the word out about our projects and events and getting people excited about what we’re doing.

17– Do you take submissions? If so, what aren’t you looking for?
We’re not taking submissions at the moment.

18– Tell me about three of your most recent titles, and why they’re special.
Moon Bones/Silver Tooth by Brooke Lockyer is our first fiction chapbook. A flip book with two covers/stories, this chapbook delves into the dark heart of childhood. The writing is compassionate, sad, subtle, and gorgeous.

Foreign Experts Building by Michelle Brown is silly on the surface, but don’t let that fool you. These poems are anxious and death-obsessed. Plus, the chapbook features some gorgeous animal illustrations.

Poems from Still by E Martin Nolan features spare, haunting poems about two post-industrial cities, New Orleans and Detroit. These poems will also appear in E Martin Nolan’s full-length collection, which is coming out in fall 2017 with Invisible Publishing.