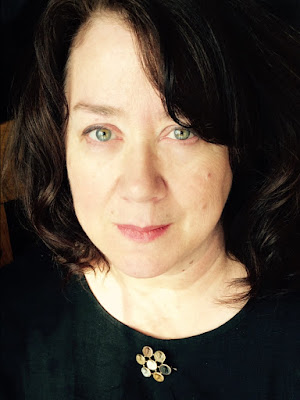 She was writer-in-residence at the University of Alberta during the 2012-13 academic year.

Q: When you began your residency, you’d been publishing books for about a decade. Where did you feel you were in your writing? What did the opportunity mean to you?

A: I’d published three novels, and was working on my fourth, Close to Hugh. I don’t know if at some point one feels steady and competent in the practice of writing novels—after writing each novel I think okay, I know how to write that one. But the next one is a giant mystery. The residency gave me a long vista of concentrated, dedicated time to figure out how to write Hugh. When I started in September I had a couple of early scenes written, but hadn’t shown them to anyone. Each September the program hosts a reading where the new WIR reads with the departing WIR. I read from those scenes, haltingly, even with some slight despair. Greg Hollingshead laughed at me afterwards. “That was interesting to watch,” he said. “You read, and you suffered, and you read, and you suffered…”

By the end of the residency I had a complete draft of Hugh—much faster than I’d ever managed to produce a first draft before. It was a great relief to read from the final scenes of Hugh at the introductory reading for Erin Mouré, who followed me as WIR. I guess somehow through the intervening year, I learned how to write this one.

Besides the practical assistance and the relief of completing a draft, it was an honour to sit in the fishbowl office (those windows, open to the atrium, display every short burst of typing and every session of sweet silent slack-jawed thought) and to join the ranks of writers I admire who have done this venerable residency, and will do it in future.

Q: Given the fact that you weren’t an Alberta writer, were you influenced at all by the landscape, or the writing or writers you interacted with while in Edmonton? What was your sense of the literary community?

A: It’s funny—how do we define these things? I’ve lived in Alberta for the past 25 years, so I guess I’m an Alberta writer. But I came late to this country, and my thinking and experience formed elsewhere: in British Columbia, until I was six; in Nova Scotia, where I mostly grew up; in Ontario, where I went to school and began my adult life; in England, where I started to write seriously; in Saskatchewan, where I found my real career and met my husband, who shanghaied me to Alberta. I’ve been everywhere, man.

Because we lived first in Mayerthorpe, I was isolated from the Alberta literary community, which I don’t think I’ve ever really joined. My sense is that it’s disjointed, unlike Saskatchewan’s close-knit writing klatch. It seems to me that rather than the kind of labour union of writers that Saskatchewan created, in Alberta the community is looser, pockets of friends talking to each other and supporting one another. Nothing wrong with that. We want to work with our friends. My friends here have been the many great writers I worked with in the library residency I started in Cochrane, including Fred Stenson and Peter Oliva, and up in Edmonton my writing companions Lynn Coady, Jocelyn Brown, and Jacqueline Baker. I think I’ve moved along that shifting axis from extrovert far over to introvert, as maybe we tend to do as we age. Once I wanted a big community—now I work better if I mostly talk to a couple of people.

Q: Ah! I didn’t realize. I’d somehow had the impression you arrived in Edmonton for the position from Saskatchewan, and simply remained. You mention a library residency you founded in Cochrane: was this something founded before or after your time at University of Alberta?

A: Before—we were in Cochrane, just outside Calgary, for 11 years, until 2008. Longer than Peter or I had ever lived any place in our lives. Needing a job, I went to the local librarian and said I think you should have a writing program here, with a writer in residence. He was amenable, so I did the grant applications and got the program started and was the first WIR of many, including Peter Oliva, Fred Stenson and Peter Norman. I also ran a reading series in conjunction with the University of Calgary and Canada Council, with luminaries like Elizabeth Hay, Alastair MacLeod and Sheila Heti. Each reading paired a local writer with the visitor. My children grew up going to readings every week, and consequently refuse to go to a single one of mine these days. That’s okay, they’ve heard enough.

A: The usual way: people came trooping along the hall and handed me their stuff; I read it with care and often with great pleasure, and then talked to them. All we can do, all that needs to be done, is to pay attention.

Encounters that stood out: a young military officer brought in a folder of remarkable poems; I read several really good short stories; and just last week I wrote a blurb for Lisa Lawrence, whose YA manuscript, about to be published by Orca, was one of the most honest and exciting manuscripts I read during my residency.

A: One of the best things about this residency is that it demands nothing—no socializing or scheduling events or running anything, no administration at all. I sat in the fishbowl office and wrote my head off. When I had written myself out, I read other people’s work, trying to see what was best about it and how it could be better. A year of that is good for the mind and the soul, and I believe the quiet, concentrated time to think made Close to Hugh a better book. Like that lovely thing about the Duchess of Malfi, the residency stains the time past, and I hope it will continue to light the work to come.