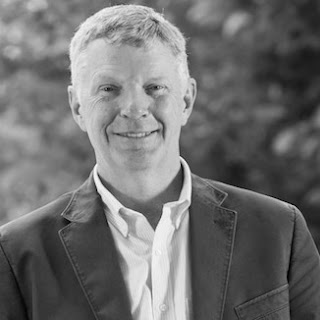 Curtis Gillespie has written four books, including the memoir Playing Through: A Year of Life and Links Along the Scottish Coast, and the novel Crown Shyness. He has won numerous awards for his fiction and non-fiction, including the Danuta Gleed Literary Award and three National Magazine Awards. His journalism has been widely published, and he is the editor and co-founder of Eighteen Bridges magazine. He lives in Edmonton with his wife and two daughters.

He was writer-in-residence at the University of Alberta during the 2005-6 academic year.

Q: When you began your residency, you’d already published a couple of books. Where did you feel you were in your writing? What did the opportunity mean to you?

A: I’d published three books by that time, though one was tiny, a collection of short biographies of people with developmental disabilities, so it didn’t really get a ton of notice. But I felt at that time pretty much where I feel I am right now! Which is still learning, still getting better, still digging into both my craft and the meaning of my craft. I was in the middle of working on the novel that became Crown Shyness and so I was in the middle of a phase where I really wasn’t sure if I even had it in me to write a novel…or at least write a publishable novel. I was actually enjoying the phase, but it was also unnerving at times—a lot of groping around in the dark. It was rather ironic at times that I was in the middle of this process while doling out advice to so many writers who came to visit me. But the irony flipped itself over, in that I ended up talking to so many people about things that you might be tempted to describe as “basic” but which too many of us so-called professional writers often forget, which is that readers like to be entertained, readers like to be captivated, readers don’t want to be made to feel stupid, readers are people we need to challenge AND delight. So all the time I spent with emerging writers, particularly in the first half of the residency, actually ended up helping me focus on what I was doing. It gave me some clarity and helped strip away some hindrances, all of which did end up helping me complete the novel I was working on.

The opportunity to be WiR was great in other ways, too. I’d been an undergrad in the English Dept at the U of A, and so I enjoyed every minute of being there as WiR, hanging around the English office, walking the halls, drinking coffee with students. It was great fun. Of course, it was also a nice slice of financial freedom. Mostly, though, it was a kind of affirming nod that I wasn’t utterly hopeless at what I was doing. I was pleasantly surprised to be asked, and automatically assumed they’d exhausted all other avenues, but I said yes immediately so they wouldn’t change their minds. In the end, it was a hugely positive year, in that it gave me time to work on my own writing and really allowed me to encourage writers and writing in the local community. A side benefit that I didn’t really fully understand at the time was that it helped hone my editorial skills, which I have continued to use in editing Eighteen Bridges magazine and in my work at the Banff Centre.

Also, I might add that I did publish in the U of A arts mag, the year after finishing, a Top Ten things to Remember for Future WiRs. You might find it semi-amusing, and of course feel free to use it if you see fit.

Top Ten Pieces of Advice for Future Writers in Residence

10. Practice clairvoyance by staring at ringing telephone. This will assist you at the office in deciding whether to answer (if it’s a promising writer grateful to simply be in the presence of your talent, generosity and good looks) or to not answer (if it’s a rude wannabe who only wants to know the amount of your last advance and an introduction to your agent).

9. Memorize names, numbers, locations and office hours of all other Writers in Residence across the city so you know where to quickly refer rude wannabes should clairvoyance fail you.

8. Despite the odd wannabe, prepare to have your faith in writing and reading reaffirmed on a daily basis – it will happen.

7. Be kind and considerate to the office staff – they will always be there for you when you need them, and you will need them.

6. Be ready to use the phrase (or variations of it), “I suggest you learn the difference between a comma and a period first – you can worry later whether Tom Cruise or Clive Owen should play you in the movie version of your memoir.”

5. Drop the words Writer in Residence at social functions if conversation embarrassingly begins to flag. According to the immutable laws of nature, the question that will follow (“Oh…and what precisely does a writer in residence do?”) will allow you to stammer, fudge, make unwitty witticisms, and generally appear so inarticulate that you will be absolved from having to talk to anyone for the rest of the evening.

4. Learn to enjoy work by elderly citizens of first-generation ethnic heritage about their disorienting arrival to the prairies/Canada/Alberta/Edmonton and their struggle to deal with winter/summer/drought/flooding. Sarcasm aside, learn to enjoy these books because they matter to the people who wrote them, often a great deal more than the work of “professional” writers.

3. Be realistic about how much of your own work you’ll get done. Be conservative, set low expectations, plan on writing almost nothing…and then cut that number in half.

2. Poets must take full and immediate advantage of having a benefit plan, instead of continuing to be on the lookout for a dentist and a pharmacist to be friends with. Get those teeth fixed, and load up on Prozac! Let the good times roll!

1. Smile the first day, the last day, and every day in between – because you’re lucky to have found such a great home for a year.

A: Nope, I’d been WiR at MacEwan College (now Uni) a couple years before…

Q: How does your experience at University of Alberta compare to Grant MacEwan, or any other residencies you’ve done?

A: The U of A experience was longer, in that it was a full academic year, whereas the Mac was just three months. So it really felt as if you were setting up a true home base at the U of A. It also allowed me to interact with many more people, obviously. The Mac experience was wonderful, but the U of A was very special. Here’s an interview with me for the U of A Faculty of Arts that perhaps explains why, which, again, you should feel free to use…if it’s even remotely interesting!

A: Basically, I engaged a lot! Not as many students as I expected, but much more community involvement. The most memorable meeting was when a guy, maybe about 25, came in and showed me his work and said it was a memoir of his life on the street as a drug dealer...and that he wanted to know what I thought, now, like today, because he was scheduled to report to jail to do his time a couple days later. It was raw and rough, but real, and I stayed in touch with him for a time. I was also pleasantly surprised to see how many faculty came to me. That was enjoyable. None of them ended up in jail, at least not as far I knew.

A: It was a real pleasure to be a “local” at the U of A. I was born in Edmonton and went to the U of A for undergrad, so I felt like I really understood Edmonton and the U of A. I also had many contacts in the local arts and culture community, so that allowed me to integrate the role and the dept into the community at large. It made it a lot of fun. I think it also acted as an encouraging factor for many local emerging writers to visit me, as perhaps they felt more comfortable around a local. There was certainly a lot more activity and traffic through my office than I expected!