I thought to write
and wrote a language
that I use, I didn’t write to that
language as in a letter or something
but one cannot be blamed
for thinking so. Isn’t it odd
the channels words cut open like
look over here I am stuck in one
and there’s an earthen weight
bearing down with lexical meaning
so it’s really hard to talk any longer
about this, if not entirely
impossible but I’m learning
effective communication skills. (Tony Iantosca) 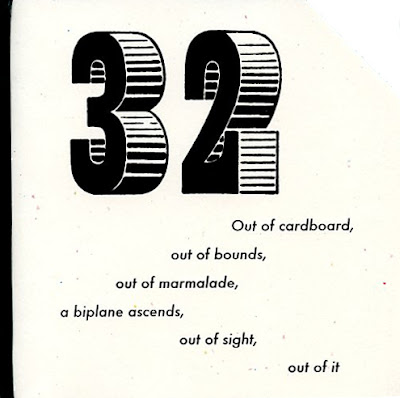 I’ve long been an admirer of the American poetry journal 6 x 6, produced through Brooklyn’s Ugly Duckling Presse. As the title suggests, each issue features healthy selections of work from six contributors, and the most recent issues to appear at my door include work by James D. Fuson, Lyn Hejinian, Barbara Henning, Tony Iantosca, Uroš Kotlajić (translated from Serbian by Ainsley Morse) and Morgan Parker (issue #32), and Amanda Berenguer (translated from Spanish by Gillian Brassil and Alex Verdolini), Jeremy Hoevenaar, Krystal Languell, Holly Melgard, Marc Paltrineri and Cat Tyc (issue #33). Part of the appeal of the journal, other than the obvious appeal of a journal that supports strong writing, is the variety of form and style displayed in each issue, as well as translations from other languages (and countries), and a list of contributors running the length and breadth of emerging, established and all points in-between. This list can include poets I’ve known the work of for years, to those I’m being introduced to for the first time. Take, for example, this excerpt from Brooklyn based filmmaker/poet/video artist Cat Tyc’s “Memory Is Not a Test”:

10. Being the sixth wheel, she wishes for a bigger dance floor to watch the lunar eclipse from.

More copper than red, and everyone goes home to spoon and make babies.

Baby this, and baby that. They always get the last word.

Her cab driver says, that in his country, it is believed that if a pregnant woman sleeps through an eclipse, her child will not come to term.

She saw herself in him. Sometimes when no one was looking, she would walk around the apartment without a shirt on.

Just to try on that petulant boy role.

Enough already, it is fall, and she is still swatting mosquitoes. 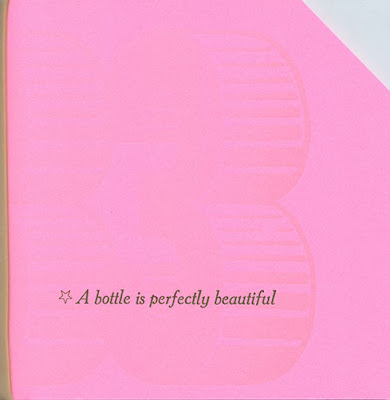 The author biography on her website writes that her work is “interested in exploring the paradoxes of class,” and her work in this issue of 6 x 6 is enough to make me curious to see what else she’s produced. In a recent interview over at Weird Sister she says: “I am identifying as a writer first mostly these days because that is my primary creative act in this moment in time. The last few years I have been focusing on filmmaking but after a while I found myself wanting to differentiate from the conversations I found myself in. If I called myself a filmmaker, the conversation would always devolve towards film festivals, camera models, distribution models, financing…. All of that felt really disconnected from some of the things I feel most passionate about in filmmaking and making art in general which are story, character development, and directing. After being frustrated in this way one too many times, I remembered that all of those aspects I loved stemmed from writing and I realized it might be a lot easier to get back to my favorite parts of filmmaking if I just stopped and said, ‘Hey, I’m a writer.’ I think creative identity, like most identifying quantities, is for the individual and the individual alone to decide. It also feels important to mention too that in honing my focus back on writing…it helped me reconnect to the literary, or to be more specific, radical poetics, which are at the foundation of my education and have been my primary creative community for most of my life.” Another is poet Tony Iantosca, author of Shut Up, Leaves (United Artists Books, 2015), a poet with, beyond a handful of pieces posted in a variety of online journals, a remarkably small online footprint. As one of his untitled poems from his “Excerpts from Creative Writing” in issue #32 reads: “A cloud in the shape / of a shape. It is shaped / how it’s shaping itself and being /shaped too I suppose because / it’s a cloud. All my problems / shape up to be rainstorm / and then it all becomes / something else entirely.” Of course, one can never overlook Barbara Henning, who has a striking and powerful matter-of-fact meander on life and film reminiscent slightly of the work of Toronto poet David Donnell:

I’m watching Madagascar
with the boys—hilarious
hip city zoo animals end up
in Africa but long to come
home to the Central Park Zoo.
With the emergence of zoos,
pet keeping and animal toys,
John Berger explains that animals
were slowly disappearing from
our daily lives. When the boys
take a bath, Like stretches his
long young thin body under
the warm water and we play
with little action figures
and plastic frogs. Then I put
my feet into the tub, singing
row row row your boat gently
down the stream. Later
it’s raining and we’re together
under an umbrella, walking
through the park. Surely,
radioactive ocean water
from the Fukushima Daiichi
nuclear plant will migrate
around the globe and even if we
don’t die this year, we will
all die eventually, so for now,
let’s hold each other loosely.