Behind the weather
the storm

behind a
rhetoric of clouds

Behind capital
the war

at odds
with the adages
argument conceals (“(TRACER)”) 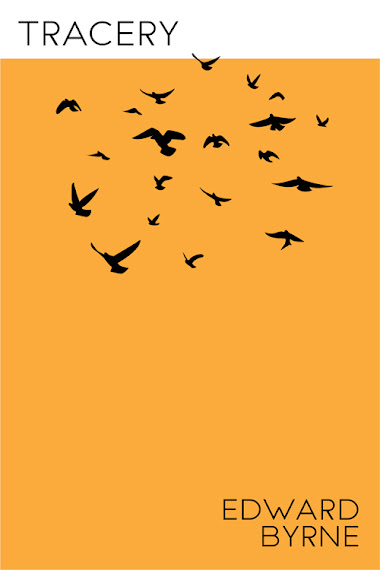 I’ve been enjoying the poetry collection Tracery (Vancouver BC: Talonbooks, 2022), the latest from Vancouver poet and editor Edward Byrne, a lyric meditation of in-transit pinpoints and sequences that collect together to form a kind of thinking portrait of daily and domestic thinking. His poems are composed via short takes and phrases, accumulations of hesitations, pauses and small points, akin to a lyric reminiscent of the poem-length lineations of Monty Reid, Cameron Anstee, the late Nelson Ball, or possibly Robert Creeley: each poem offering a meditative slice of dailyness composed through a single, ongoing, staggered line. “You are a point of no return,” he writes, in part six of the numbered thirty-poem sequence “MORNING SONGS,” “this and every morning / where my thoughts / exit from dream’s grasp / never grasped / all the little signs / all your stars blinking out [.]” Byrne composes a precision of small points along a continuous thought, offering a pacing of slow, accumulative and artful steps, each one carefully set. As the first poem in the six-poem sequence “(TRAME)” reads: “This morning on Union Street / I saw Arthur Rimbaud on a girl’s bicycle // And then / close behind him / Jean Seberg // They smiled at me and waved // Then came Antonin Artaud / weaving and shouting curses // None of them wore helmets // I worry about their heads / which I adore [.]” Byrne’s pacing demands an attentive eye, composed with care across each phrase, each line. His poems exist simultaneously in the present moment as well as across vast distances, allowing the short form to contain such enormous volumes. Composed, as the back cover offers, “in a time of plague, through dreams and daily life,” Byrne moves easily through his translations of lyric form and the shimmering space between dreaming and daily tasks, catching memories across the dawn’s sweep of early morning clouds. He traces his lyric, one might suggest, around and through the minutae of his present moment. And, closing the collection, his engagements with responding to works by poets such as Blaser, Aragon, Rilke, Artaud, H.D. and Dante allow for the shape of not only influence but response, offering a lyric of experience and fine craft:

There is something curious about how so much poetry out of Vancouver is centred on movement, whether Bryne’s compositions while riding BC Transit, on bicycle or on foot, comparable to Meredith Quartermain’s walking [see her 2005 collection Vancouver Walking] or George Stanley riding a similar Vancouver bus route [see my review of his 2008 collection Vancouver: a poem here], to George Bowering thinking his way through Duino Elegies via Kerrisdale. In comparison, there aren’t many poems I’m aware of composed overtly across the lines of the Montreal Metro, or Toronto’s GO Trains, let alone their expansive subway system (although bpNichol famously spoke first-draft thoughts into a hand-held tape machine while driving the distance between Coach House and Therafields). In certain ways, there’s almost something comparable to Vancouver’s transit-poems to England’s handful of poems composed on foot, responding to the uniquely-English meditative tradition of walking vast countryside distances [see my review Mark Goodwin’s 2014 collection Steps, for example, here]. Frank O’Hara may have composed a collection of poems during his lunch break, but, more recently, Mary Austin Speaker composed her 2016 collection, The Bridge, while riding daily commuter distances across New York’s Manhattan Bridge [see my review of such here]. How much, we might begin to ask, has literature been shaped through the physical requirements of each author’s particular geography? As Byrne offers as part of “MORNING SONGS”: “I saw Kirilov / fifty years ago / on the Barton Street bus / and again this morning / on 6th Avenue // One of us hasn’t changed / in all those years [.]” Or further in the same sequence, writing:

Woke this morning
without the burden
of love and loss

The crows
at war
in the high branches

Posted by rob mclennan at 8:31 AM
Labels: Edward Byrne, Talonbooks