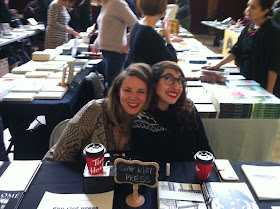 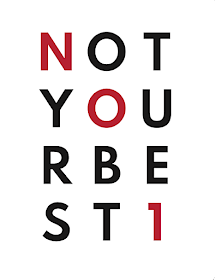 Toronto ON: From Kirby’s knife│fork│book comes the first issue of NOT YOUR BEST (2019), produced as an anthology of concrete and visual poetry edited by Toronto poet and critic Eric Schmaltz, and featuring work by Rachel Blau DuPlessis, bill bissett, Billy Mavreas, Gary Barwin, derek beaulieu, Sacha Archer, Tom Comitta, Mark Laliberte, Kate Siklosi, Arnold McBay, Amanda Earl, Rasiqra Revulva, Jessica Bebenek, Dani Spinosa, Cam Scott, Imogen Reid and hiromi suzuki. This collection provides an intriguing overview of work by numerous (and for many, emerging) concrete and visual poetry practitioners, and assembled as an open call as opposed to a sequence and series of solicitations. While I’m aware of the work of most, if not all, of the names included here, it is wonderful to see new work move out into the world. The variety is striking, from hand-drawn works to collage, from full colour to accumulative twists on typesetting and individual letterworks. A few years ago, Ottawa poet Amanda Earl presented a paper at a conference at the University of Ottawa on her work-in-progress “The Vispo Bible,” some of which is included here, and it was easily the highlight of the entire conference (which, itself, was incredible).

There have been scatterings of volumes of concrete and visual poetry anthologies published in Canada over the years, including bpNichol’s infamous The Cosmic Chef (1970), the boxed anthology Headz & H&z edited by jwcurry and Michael Dean (1985) and derek beaulieu’s Courier: an anthology of concrete and visual poetry (1999) (one should also mention the WELCOME TO CONCRETE anthology that jwcurry was more recently printing on literal concrete at sites around Ottawa), but unlike the current project, this trio of box-anthologies were each extensions/accumulations of the editor’s respective micro-publishing ventures: bpNichol’s Gronk/ganglia, jwcurry’s 1cent and derek beaulieu’s housepress. Even British poet and publisher Anthony Etherin produced his recent paperback anthology Concrete & Constraint (2018) as an extension/continuation of some of the work he’d been doing through his Penteract Press. One could say that due to a variety of factors—the increased visibility of concrete and visual work, the advent of the internet, and a vibrant community of concrete/visual practitioners, publishers and enthusiasts across Canada—editor Schmaltz has the advantage of not having to become a micro publisher in order to access those who produce such work (I mean, he could do such a thing, but he doesn’t have to).

Unlike most text-based works, I find it interesting that assemblages of concrete and visual poetries are automatically, it would seem, international in scope, perhaps for the ease in which visual works can cross borders, cultures and even language. Given the wealth of visual materials being produced by Canadian writers, I would doubt that the scope of these books is due to any sort of Canadian-only lack, but, instead, the very nature of how communities of concrete and visual poetry creators and publishers are established, something that does feel very different to those communities constructed around writers of more text-based (including narrative and lyric) works. As editor Schmaltz writes in his afterward, “Some Letters from the Editor”:

What is there to write about a poetry that is without writing? What should be noticed about poetry that, despite its striking visual qualities, is something said to be overlooked? What is to be written about a poetry that sometimes doesn’t look like writing at all? Really though, none of these poems are without writing. They are not resistant nor are they overlooked (though maybe a little bit). The poetry that marks the inaugural issue of Not Your Best is very much with writing – all sorts of writing, in fact – and it is indeed striking.

There is a lot to be said about the poets who labour at the intersection of text and image, who fuse their poetics with strategies used by collagists, graphic designers, illustrators, sculptors, photographers, and other mixed media artists. These are poets who typically resist the rules of syntax and semantics. They challenge conventional uses of the page-space for poetry – eschewing its margins, gutters, columns, and borders – to create a poetry that foregrounds visuality as a key component of its meaning-making. Historically, visual poets’ rejection of borders has manifested in its geographical consciousness since it has been heralded as one of the true transnational poetics of the mid-twentieth century with nodes of activity in Brazil, Canada, England, Germany, Japan, Sweden, the US, and elsewhere. Jamie Hilder’s Designed Words for a Designed World: The International Concrete Poetry Movements, 1955-1971 (2016) says much about this as he traces the proliferation of a global, visually-inflected poetics that was catalyzed by the transnationalizing forces of computers, the atomic bomb, rockets, and the itinerant flows of migrants and jet setters. With contributors from Burlington, Brooklyn, Calgary, Hamilton, London, Los Angeles, Montreal, Ottawa, Philadelphia, Tokyo, Toronto, and Welland, this issue of Not Your Best, in its modest way, gathers an international company of poets who provide us with a glimpse at what is happening across the field now, nearly fifty years after the first wave of modernist concrete poetry.

So far, this series opens with an impressive volume of stellar work and exquisite design; I am curious to see where this series might go next.

Toronto ON: It is always good to see a new title by Toronto writer Stan Rogal, as well as the emergence of another publication from Carleton Wilson’s Junction Books (Sonnet L’Abbé’s Junction Book title, for example, which won the 2017 bpNichol chapbook award), this time the soft-bound chapbook SYMBOLOGICAL: an extrapolation (2019). Rogal is no stranger to the serial poem, and SYMBOLOGICAL: an extrapolation is a sequence constructed in fourteen sections, opening with zero and rising consecutively to thirteen, writing on and around creation, from humanity itself to what humans have made with their hands, and how writing and thinking are actually created. Rogal works within the serial poem, but one composed as both collage and accumulation, moving through references to and meditations upon science, theory, pop culture references (including a reference to Jack Spicer himself, who dubbed the ‘serial poem’), history and language, writing on writing as writing. As he writes to open the poem “Ten: Odysseys wandered for nine years & returned on the tenth; Troy was besieged for nine years & fell on the tenth”:

allowing that artistic expression is a continuous
flowing, causal, direct relation between the inspiration
& the final representation, which is both the means &
the end of the expressive process
whereas symbolization is discontinuous, static, indirect
transcending the object in which it is enshrined