I didn’t know my milk
could return     racing

of the bombing of Hiroshima (Hoa Nguyen)

After being nearly upended when Capilano College decided to pull the plug on their support of The Capilano Review, I’m sure I’m not the only one relieved to see a new issue on the shelves (3.27; fall 2015). This issue, produced by an all-new editorial staff, including incoming editor Andrea Actis, is poetry-heavy, with an array of works by a variety of authors, including Tim Terhaar, Natalie Knight, William Kentridge (illustrations) and Ingrid de Kok (poem fragments), Dorothy Trujillo Lusk, Colin Smith, Clint Burnham, Cam Scott, Ada Smailbegović, George Elliott Clarke, Natalie Helberg, Cecily Nicholson, Gustave Mortin, Emma Villazón, Andrés Ajens, Gracie Leavitt, Cole Swensen, Chris Nealon and Hoa Nguyen, and short reviews by Alex Muir, Lyana Patrick, Sarah Dowling, Steffanie Ling and Adam Seelig, as well as and stunning artworks by Myfanwy MacLeod, Ruth Cuthand and David Ogilvie. Given the ongoing disappearance of reviews from a variety of media over the past decade or so, the inclusion of a review section is thrilling to behold. And did you see that they’re now producing, separately to the journal, a new chapbook per month as free download on their website? Check out their “SMALL CAPS” over at their ever-expanding presence; I don’t think too many journals return from the near-dead (or at least, wounded) so quickly, and so well.

it was a print, Alex Colville’s Horse and Train

there once were as many horses as people

two and half million pounds of shit shoveled daily

once ever motor was a horse

horses whose job it was to walk in a circle

horses who did everything

horse flu shut down the economy

sixty percent of them died

imagine sixty percent of our engines

stopping right now and only half of them starting again (Cecily Nicholson, “summer barrels past”) 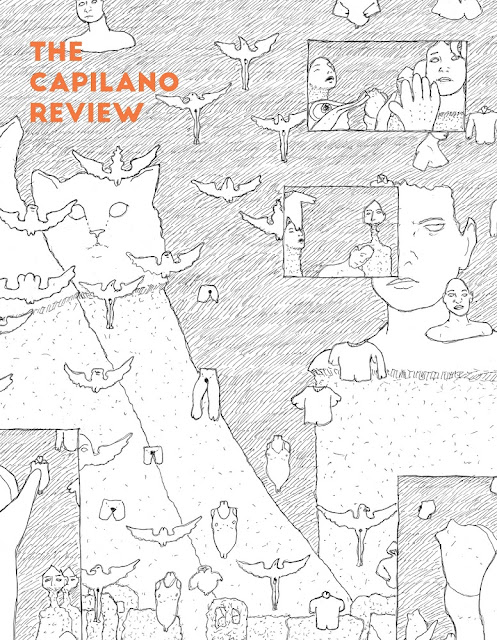 There is also an interview with Dorothy Trujillo Lusk conducted by Danielle LaFrance, and an interview with Gustave Morin [see the link to his new book here] conducted by Mike Borkent, both essential in terms of exploring deeper works by two poets who really aren’t discussed often enough. I mean, between their new financial normal and the strength of the current issue (as their issues are), this is something that should be purchased by more. We were fortunate enough to have Dorothy Trujillo Lusk in Ottawa a while back (she’s originally from the Ottawa area; Luskville is, quite literally, named after one of her ancestors) reading from a variety of published and unpublished works; I just wish there could be more of her work available in print. As the interview with Lusk reads:

DTL: I wasn’t a part of the heyday of the feminist writing of KSW; I actually felt excluded from it. I didn’t feel like I was entirely welcome. But at that time I was fragile and was probably just being paranoid. When Nancy Shaw died she was writing about my work. It’s my own problem, really, that stems from insecurities. The collectives that I felt were important and anchored me were Vultures (aka Vancouver Women’s Research Group) and About a Bicycle. Also Red Queen, early on, when I wasn’t yet identifying as a writer but worked on posters for readings ‘n’ shit.

DL: With whom and what do you consider yourself in dialogue while you write? I’m asking specifically of the material and bodies you circuitously approach but nevertheless meet head-on in your poetry. Maybe it’s because you’ve referred to the subject in your work as a “moving target” that I’m thinking of tactical maneuvers in poems.

DTL: Mostly I’m in dialogue with memory, possibility, and the thwarted possibility of conventional communication or “dialogue.” But memory doesn’t go away to be recovered. It’s just there, is impetus. It’s not a repressed history—not even close. My first book was called Redactive, right, and it involved the activity of knowing that some things are veiled and concealed in various ways. But even though it’s never going to be a straight-on communicative approach in my writing, I’m not actually trying to conceal anything. It’s material and I am working with it.

It is good to see, also, in the interview with Gustave Morin, him give Ottawa poet jwcurry [see my Jacket2 piece on him here] his due, responding that “Not only is jwcurry important to Canadian letters, as far as I’m concerned he’s one of the greatest Canadians of all time, period. What he has done since about 1975, with almost no money, has, in the words of Nicky Drumbolis (yet another unsung giant!), ‘changed the world.’”

MB: You talk about “making” through the “muck” of life as a potentially (if illusory) transcendent act. I think this is a great statement about both creativity and practice, which for me is about particular orientations towards materials and actions. Could you elaborate on how “muck”-iness plays into your poetry? Do you mean that the collage and xerox manipulations, for instance, explore or draw into focus the muckiness of those technologies, or do you mean that your poems engage with the senses and materialities of life in some other way?
GM: The muck—the swirl that inchoate works find themselves trapped in, a half-clairvoyant, semi-amorphous state that is neither “art” nor “not art.” There are different stages to the creation of every individual work of art, but every single one of these works somehow comes up from the muck. The “muck” is just a semaphore for the store that I go to when I’m ready to buy some new poetry to foist on the unsuspecting world.
As for the muck of “xerox manipulations” as text: these are stored in a little corridor off by itself that I call the “plastic poetries.” Both a psychowestern (2010) and 79 little explosions and q-bert stranded on a smouldering mosquitocoil frozen to a space formerly occupied by language (2009) are books that manifest these tendencies to good effect. It’s proper for a concrete poet to dabble in plastic poetry now and again, provided they don’t go assuming that every little thing they do is a concrete poem.