Knowing how to joke in the world
but not in a poem. The solemn
paintings are the ones that attract me,
& in some there’s a secret lightness,
a simplicity of heart.

If what I’m saying is true, it won’t
be “important.” Nothing knew,
not new. That I’m amazed
by the things I’ve seen in my life.
The world, its people, places. Lost
roads, traveled by pilgrims.
Ways of life, invisible traditions.
The last of so many things:
vestiges, whispers.

There’s the hint that is a rose.
What I became aware of once
in poems. Perhaps it was a song.

The scent left behind. Follow it. (Kim Dorman, “Ground”)

I’m fascinated by the first three issues of the pamphlet series/journal Slow Poetry in America, edited and produced in Toronto by Dale Smith, Hoa Nguyen and Michael Cavuto [they even have a facebook page]. American poets who arrived north a few years back, Smith and Nguyen are also the editors/publishers of the long-running Skanky Possum, a literary press which has since expanded into an occasional series of house-readings. As the website for Slow Poetry in America informs:

Slow Poetry in America is a quarterly poetry newsletter edited by Dale Smith, Hoa Nguyen, and Michael Cavuto. Each issue is printed in Toronto, ON and features one poet, and can be mailed anywhere in the world. Annual subscriptions ($10) are made on a rolling basis and will include the next four issues.

SPIA subscriptions seek only to cover the costs of printing & publishing, and do not earn any monetary profit. 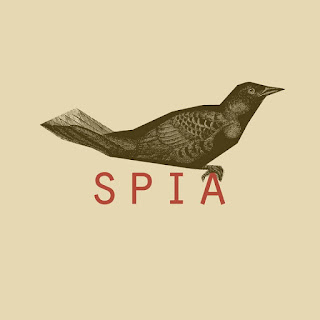 Reminiscent of the pamphlets produced through Rachel Moritz’ WinteRed [see her 12 or 20 (small press) questions here] or Sylvester Pollet’s infamous Backwoods Broadsides, a series which ended an impressive twelve-year run back in 2006, Slow Poetry in America is a self-proclaimed “newsletter” that shares a title with Smith’s own most recent title, produced in 2015 by Victoria, Texas publisher Cuneiform Press, as well as an ongoing poetry and critical blog. Given that, it would seem to be that the title becomes, then, an umbrella, stretching across a larger poetic, from his own personal writing, to a collective sense of editing, reading and participating.

The first three issues are “GROUND,” by Texas poet Kim Dorman, “8 Poems,” by Philadelphia poet Marion Bell (June 2015) and “Sound Science: Selections,” by the late Texas (by way of Panama and New York) poet Lorenzo Thomas (1944-2005) from his 1992 trade collection Sound Science (October 2015), all of which exists as an introduction to poets I hadn’t even heard of previously. It is curious to see how Slow Poetry in America, at least so far, works to bring the work of Texan poets north of the border (which makes sense, given the decade-plus that Smith and Nguyen lived and worked there), and if this series is one that works as an extension of their prior work with Skanky Possum, or if it will be working to also engage with the literary community around them, in their new home in Toronto. Either way, these are compelling publications, and teasingly small, which can only entice.