Andrea Brady, Cut from the Rushes

Only one head, not without its problems.

Between extra-nice and distant a shag
pile on, no little intensity, thicken personality.
With one head takes this one rest. Jolt
of pain on the intake, like a pierced
kidney, pinkish scapula. Ichor drips
down her acrylic claw. She tucks,
her hair, in the neck-brace, bunted
lip-shaped marks of foundation, then lies
down to wait for the next expansion
of the plastic diaphragm. Only one
will be coming.

The anthology Infinite Difference: Other Poetries by U.K. Women Poets, ed. Carrie Etter (Exeter, England: Shearsman Books, 2010), which includes a handful of poems from American/British poet (born in Philadelphia in 1974, she has lived in the UK since 1996) Andrea Brady’s fifth book of poems, Cut from the Rushes (Hastings UK: Reality Street, 2013), also includes this statement by the author:

The first poem I wrote, in 1982, was prayerful heroic couplets about the Lebanese hostage crisis. As a teenager the poems I most loved were oracles of transport; writing was a means of testifying charismatically to the perfectability of things. It was a tribute to the unachieved, its billowing references blowing around the outside of the feeling that was all beginning. Poetic language, like love, has always been a kind of bounty, correlating to something that wells up and is no speech: an infinity of opportunities to be exact.
And that was the risk; all those opportunities might be spent at the fuzzy edges of exactitude. I might forget to mention the apparatus, the movements and characters of most days. Though I work the facts hard my radicalism does not feel very modern to me. I wish I could be funnier. I admire my contemporaries who polish off the superfluity of things, who inventory all the commercial vehicles for the average life; but the economy of my poetry can’t manage that, even if it lives off the same flow of cheap credit. Where I make use of the personal it is as a dialect of the present. My poems plot the contour lines of international argument as ripples and distortions of the local. And they have a weakness for ornament, which I try to keep in check. Though I have always lived in cities I grow tight without the beautiful air.
But the anger, what is its relation to this bounty? As the impulse to begin in poems, to make an image of the perfectability which comes on like a trance, weakens, I shunt my desire for freedom into poems: and mourn there, and organize there, the lost worlds. But what comes first for any of us? Is critique grafted onto something more rootless, a turn in character? For a long time I wished that the world were better, as good as art. Now I am learning to write about happiness.
My infant daughter has begun to sing. Her body is flooded with the desire to participate in the comedy of communication: from her curled tongue to her bucking feet she is electrified with the joy of sounding. Her better capacity reveals the really possible infinity of speech itself, which renews itself at any time, without effort or commiseration. 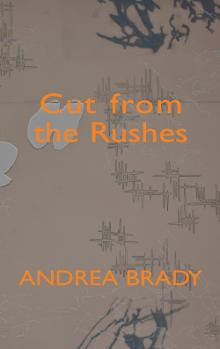 Whereas I’ve known of Andrea Brady for some time now, I haven’t been terribly familiar with her work. The short narrative lyrics in Cut from the Rushes contain a curious blend of cadences, from British and American poetry both, set in a series of rushes, accumulations and breaks of line, thought and breath. Set in two sections—“EMBRACE” and “PRESENTING”—Brady’s poems are observational and immediate, engaging the personal, domestic and political across a broad spectrum of deceptively-straightforward meditations, brief narratives, warnings and calls-to-action. As she writes in the poem “SIGHT UNSEEN”: “The future claws into sight. Gets the all clear.”