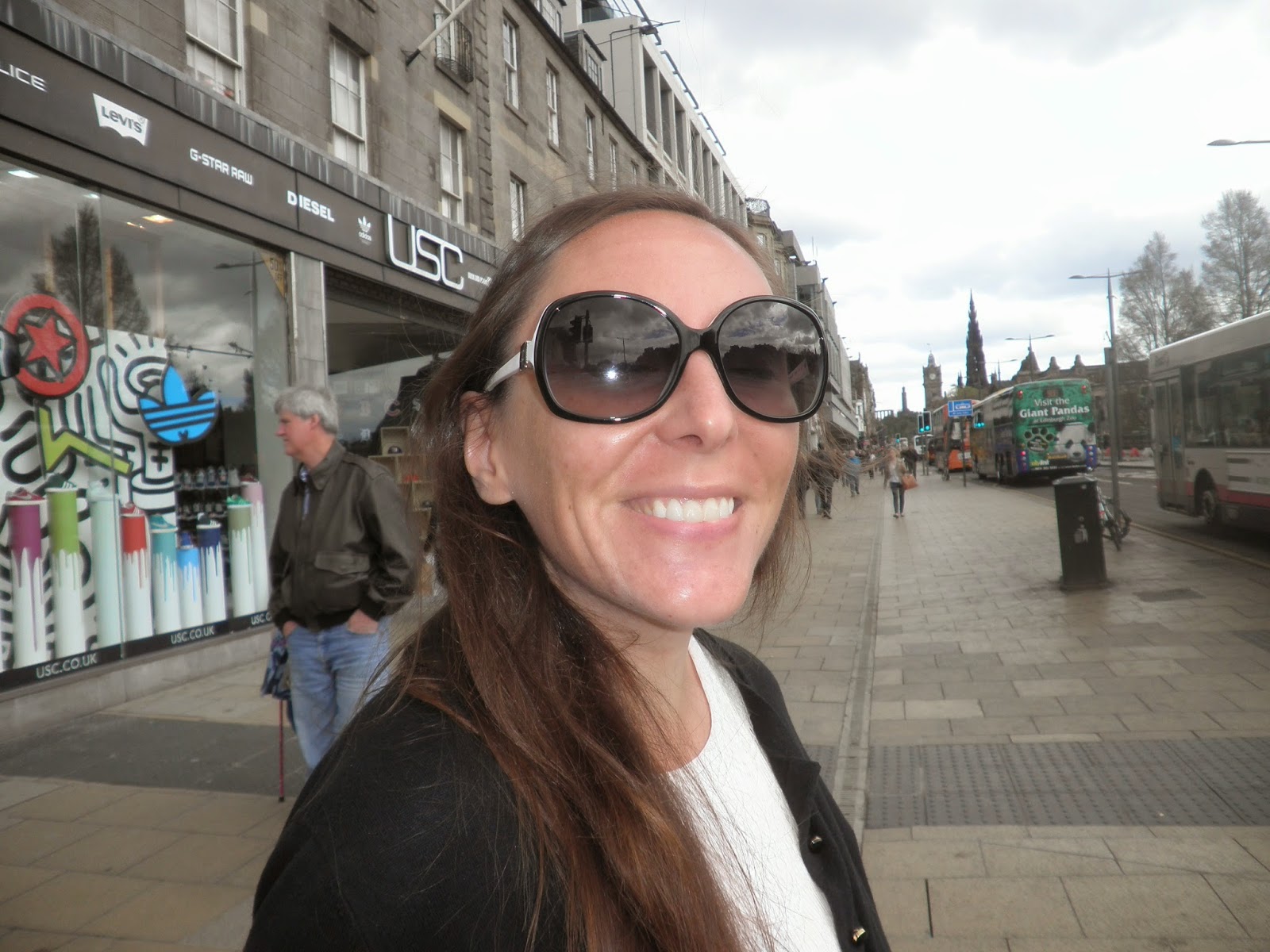 Kristina Marie Darling is the author of twenty books, which include The Arctic Circle (BlazeVOX Books, 2014), Fortress (Sundress Publications, 2014), and Scorched Altar:  Selected Poems and Stories (BlazeVOX Books, 2014).  Her awards include fellowships from Yaddo, the Ucross Foundation, and the Helene Wurlitzer Foundation, as well as grants from the Kittredge Fund and the Elizabeth George Foundation.  She was recently selected as a Visiting Artist at the American Academy in Rome.

1 - How did your first book or chapbook change your life? How does your most recent work compare to your previous? How does it feel different?
I feel like my first book opened up everything for me.  In the process of giving readings, doing interviews, and reaching out to critics and reviewers, I really started to feel like I was part of a community.  I'll always be grateful to Jared Michael Wahlgren of Gold Wake Press for taking a chance on my first book, Night Songs.  But my recent work is definitely more experimental than that first poetry collection.  Night Songs was a thematically linked poetry collection, containing many prose poems that addressed classical music in some way.  Lately I've become much more interested in fragmented forms, since I feel like they leave more room for the reader's imagination.

2 - How did you come to poetry first, as opposed to, say, fiction or non-fiction?
I came to poetry after a short career as a failed fiction writer.  I tried to write short stories, but the problem was, I approached them with a poet's mindset.  I didn't really care about plot, but spent all of my time crafting evocative images.  It was after several terrible short stories that I realized that poetry was a better match for me.

3 - How long does it take to start any particular writing project? Does your writing initially come quickly, or is it a slow process? Do first drafts appear looking close to their final shape, or does your work come out of copious notes?
A book-length project takes me about a month.  This is because when I have a manuscript in progress, it literally takes over my life.  It consumes all my energy until I've finally finished it.  For me, revision is easiest when I'm in this mindset, so I mostly revise the book as I go along, changing certain passages after I've written the next one.

4 - Where does a poem usually begin for you? Are you an author of short pieces that end up combining into a larger project, or are you working on a "book" from the very beginning?
I mostly work with long poems and book-length projects.  But I usually find the larger project, or the overarching theme, as I write.  I usually start out with a short piece or two, and from that, a structure emerges.  It's almost impossible, for me at least, to feel like I'm working on a book from the very beginning, since the book never turns out the way I think it will.

5 - Are public readings part of or counter to your creative process? Are you the sort of writer who enjoys doing readings?
I love doing readings.  I look at them as an opportunity for dialogue.  You not only get feedback on your work-in-progress, but you make valuable connections with other poets.  I enjoy meeting poets whose work is much different from my own, since these are the poets who challenge me most, and who I learn the most from.  For me, readings present the perfect opportunity to make these kinds of connections.

6 - Do you have any theoretical concerns behind your writing? What kinds of questions are you trying to answer with your work? What do you even think the current questions are?
I mostly write in appropriated academic forms (footnotes, glossaries, appendices, etc.) with the goal of rendering scholarly discourse more inclusive.  More often than not, academic conversations are predicated on acts of exclusion.  Most of us could probably name many things that supposedly don't belong in an academic paper.  These rules serve mostly to keep certain groups of people from participating in scholarly conversations.  With that in mind, my writing blends these received academic forms with types of language that would never appear in an academic paper - autobiography, aestheticized diction, etc.  I'm trying to figure out what scholarly inquiry would look like if it's language, and its forms, were more democratic.  I definitely think that one of the most pressing questions currently has to do with where we draw the line between "creative" and "critical" discourses.

7 – What do you see the current role of the writer being in larger culture? Does s/he even have one? What do you think the role of the writer should be?
It seems like most writers position themselves as cultural critics, but this is problematic, because the poetry community especially is so insular.   I think that writers should still hold a mirror to culture, but they should also look beyond their own communities to effect change.

8 - Do you find the process of working with an outside editor difficult or essential (or both)?
I love working with editors, particularly when publishing book-length works.  I say this because I've had editors make suggestions that surprised me in the best possible way.  Even when I have a clear vision for what a given book will be, I really value feedback from someone who's been through the process many more times than I have.

9 - What is the best piece of advice you've heard (not necessarily given to you directly)?
Poetry is 20% art and 80% business.

10 - How easy has it been for you to move between genres (poetry to critical prose)? What do you see as the appeal?
I love working in other genres, particularly reviewing.  When writing reviews, I do close readings of other writer's work, and this teaches me a great deal that I can apply to my own craft.  It's also nice because when I'm at a standstill with a poetry manuscript or a larger creative project, I can turn to my work in another genre and hopefully find some inspiration there.

11 - What kind of writing routine do you tend to keep, or do you even have one? How does a typical day (for you) begin?
I definitely pride myself on not having a set routine.  I write when I can, and when I feel that I have something I'd like to say.  But much of my poetry wouldn't exist without artist residencies.  For me, it's crucial to have time set aside that's just for writing, and to be free of other obligations.  This is what enables me to sink deep into myself and begin writing.

12 - When your writing gets stalled, where do you turn or return for (for lack of a better word) inspiration?
When my writing is stalled, I read everything I can get my hands on.  This includes poetry, of course, but also many texts that would never be on a poetry workshop syllabus.  By this I mean Victorian novels, astronomy books, the work of visual artists, and even mathematical books.  More often than not, it's strange non-poetry related texts that provide the best inspiration and direction for my work.

14 - David W. McFadden once said that books come from books, but are there any other forms that influence your work, whether nature, music, science or visual art?
That's a great question.  The time I've spent at artist colonies (Yaddo, the Vermont Studio Center, the Wurlitzer Foundation, etc.) has been a really important influence on my poetry.  What's great about artist colonies is that you're exposed to work in so many different mediums - music, visual arts, writing, and everything in between.  I immediately became interested in work that crosses disciplinary boundaries, and have since done many collaborations with artists.  My recent book, Music for another life, was co-written with photographer and costumer Max Avi Kaplan.  He would take beautiful Polaroids and I'd write poems in response to his work.  I've also collaborated with installation artist Naoko Ito and composer Dale Trumbore, both of whom are very talented.  I feel lucky to have had the opportunity to participate in these artist residency programs at such an early stage in my career, and to be exposed to such compelling work in other disciplines.

15 - What other writers or writings are important for your work, or simply your life outside of your work?
One of the first contemporary poets whose work I read was Eric Baus.  I was in college at the time, and picked up a copy of his magnificent book, The To Sound.  His work showed me that meaning in poetry doesn't always have to be clear cut, and that the reader can assume a more active role, participating actively in the process of creating meaning from the text.  More recently, I've found the work of Kim Gek Lin Short, Lucie Brock Broido, Leah Umansky, and Emily Toder to be particularly inspiring.

16 - What would you like to do that you haven't yet done?
I've always wanted travel Europe by train.  I had a friend who claimed to have done it, and he said that the views were spectacular.  I've also thought about writing a novel, but all of my attempts at fiction usually become a prose poems, flash fictions, or something else entirely.

17 - If you could pick any other occupation to attempt, what would it be? Or, alternately, what do you think you would have ended up doing had you not been a writer?
If I could pick another occupation, I'd probably choose to become a visual artist of some kind.  I've always wondered what it would be like to be liberated from my laptop, and to work with materials that are more tangible.  If I hadn't become a writer, I would have probably done something in this vein, perhaps working on text-based installations, paintings, etc.  This makes sense to me because my poetry is so visual, and frequently manipulates the space of the printed page.

18 - What made you write, as opposed to doing something else?
I've always said that you don't choose to be a poet, but rather, it's something you're called to do.  I chose to write because, really, I had no choice.  It was something I was compelled to pursue, whether I liked it or not.

And I'd have to say the last great film I saw was Nebraska.  It combines deadpan humor, interesting visual choices (the film is shot in black and white), and dysfunctional families.  It doesn't get any better than that.

20 - What are you currently working on?
I'm working on a new collection of prose poems called "The Sun & the Moon."  The book will be a love story, a ghost story, and an astronomy guide all in one.  Stay tuned for details!