Etgar’s stories are a reminder of that rude intangible that often goes unspoken in creative writing workshops: a great work of art is often just residual evidence of a great human soul. There is sweetheartedness and wisdom and eloquence and transcendence in his stories because these virtues exist in Etgar himself.
Reading his stories, we are reminded that what we call “craft” is really just the means by which the writer manages to give clear passage to these positive virtues.
George Saunders, “Introducing Etgar Keret”

In the absence of a new collection of short fiction by Israeli author Etgar Keret [see my previous piece on him here; see his “12 or 20 questions” interview here], I’ve been reading through his Four Stories (Syracuse NY: Syracuse University Press, 2010), published as part of “The B. G. Rudolph Lectures in Judaic Studies” at Syracuse University. Introduced by George Saunders, the short collection features an edited version of a lecture Keret gave at the university in October, 2009, as well as the four stories he read from. The lecture, titled “Second Generation,” is an absolutely stunning essay on growing up as a child of Holocaust survivors, and how that fed directly into the way he sees the world, and his writing:

When you read second-generation authors, and there are some wonderful authors—children of Holocaust survivors, like Savyon Liebrecht, Lizzie Doron, Nava Semel, and now, recently, Amir Gutfreund—the thing that they always talk about is the silence. The fact that there was always a silence in their houses. Basically, Holocaust survivors did not talk about the Holocaust experience, either out of some wish to suppress the pain or even sometimes from a feeling of strong, unjustified, shame. They didn’t want to tell those stories. I must say that in my house it was different, different in very strange ways that, as a kid, I was uncritical of—and I guess that also as an adult, I was uncritical. Maybe now after passing forty, I look at it differently, but my parents always had these things. You know, they never denied the horrifying experience they had to go through, but there was something in the way that they told it.
For example, my father spent almost six hundred days of the war in a hole in the ground, and I asked him, “Father, how did you get through that?” And he said, “You know, son, I have this belief that every person is the world champion in something. But the sad thing about it is, most of us will never discover what we are really good at. There are people who could be amazing tennis players, and they just play piano all their life, and they are mediocre at that, and they don’t know they could be great tennis players. One thing I can say about the war is that it showed me my greatest talent, the thing that nobody in the world can do better than me. And that’s sleep! Throughout this long period, every day, I would close my eyes, fall asleep, wake up six or seven hours later, and I would say to my father, ‘Dad, is the war over?’ And he would say, ‘No.’ So I said, ‘Maybe I should sleep some more.’ This was my way of surviving the war. And all the people who were in hiding with me were jealous of me because they had to be there in a place in which time stood still, afraid for their lives, while I was sleeping.” 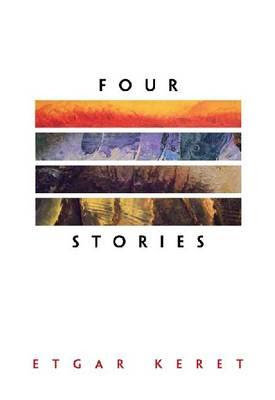 Part of what attracts me to Keret’s writing includes the sheer humanity of it, focusing on the important connections and disconnections between people, and the absolute brevity of his writing style, including only what is essential to the purposes of each story. Even through repeating the story of his father’s war experiences living and sleeping in a hole in the ground, a lesser writer might describe the hole, the population of the hole, the circumstances of the hole, or even describe other tangents that would take away from the story’s purpose and power. Thanks to his parents, Keret is able to speak fearlessly about what others can only whisper, openly exploring various dark histories and situations, both large and small. In his lecture, he speaks about the optimism his parents gave their three children, and that is what is most attractive in Keret’s fiction: his clarity, his fearless and his boundless optimism.

[Etgar Keret reads again in Ottawa through the ottawa international writers festival on April 20, 2013, with an on-stage interview conducted by Jonathan Goldstein]