When Ribbon Pig originally asked me these interview questions to appear on their site, I didn't realize they would take nearly a year to post it, so most of these feel rather dated to me.

My poem, “from How the Alphabet was Made,” appears this month in Ribbon Pig Volume 2. See the original post on their website here.

1 – In what context was “from How the Alphabet was Made” written? What was your life like then? Do you see any link between the time and place in which the piece was written and the piece itself?

rob – The title sequence to the manuscript “How the Alphabet was Made,” an abecedarian, is slowly being composed as a sequence of collage-works. I’m very deliberately composing one at a time, and well out of order, with less than a dozen pieces completed so far. I’m interested in the gymnastics of the language, and part of the initial trigger (December 8, 2011, according to my files) of the sequence as a whole had to be from Pennsylvania poet Pattie McCarthy’s chapbook L & O (little red leaves e-editions, 2011). I’ve long been a fan of McCarthy’s work, and admire the spectacular way her writing leaps, fragments and bounds.

For the sequence, each poem from and for a letter or variant of the alphabet, I’ve been interested in not just what the letters themselves might mean, reference or signify, but in the variety of sounds and rhythms that might be possible, throughout. I wanted to compose a sequence of poems that rhythmically bounce across the range of what the alphabet and/or letters themselves might mean, say, reference or signify. What does it mean, such a letter?

The longer I write, the more threads seem to emerge in what I do. Part of the interest in the alphabet itself, in this sequence, could tie back directly or indirectly to a slightly earlier sequence, C. (Houston TX: little red leaves, textile editions, 2011), composed not only around the letter itself, but around the fact that my partner signs it has her signature.

And when you say “then”; I’m still composing the pieces, slowly, even as a manuscript builds up quickly (in comparison) around it.

2 – How do you approach writing? When you read a text by someone else, what do you look for, either at the sentence level or in the overall effect of the piece?

rob – I approach writing in a couple of ways, I’d say. First, as an immediate response, and with an immediate response that wants to work with a series of shapes or ideas or movements that I hadn’t before. Having said that, I might start a particular section or manuscript with the idea that I want to play with the prose poem form, and end up with a manuscript that isn’t entirely that. Any manuscript ends up having to move in its own direction, and not just where I think it should go; it exists almost as a collaboration between myself and the writing, letting the water flow where it will as opposed to spending too much time and effort directing it. It often means my writing ends up in the most interesting and unexpected places, and that’s part of the point, yes?

But that’s not entirely the question, is it? When I approach someone else’s writing, I look for something that strikes, whatever that means. I attempt to approach the work on its own terms, as opposed to what I think the writing should be doing. As a reviewer, I am fortunately to receive books in the mail almost daily, and submissions about as often as well, so I’m going through an enormous amount of writing on a regular basis. For all the work that I love, so much more of it bores the hell out of me.

a) – thing that made you happy?

rob – Sitting on our little third-storey back deck watching an Ottawa monsoon. The rain was powerful strong, pounding mid-afternoon down. My friend Cameron Anstee, a poet and publisher, was here, and we enjoyed a couple of drinks talking literature, watching the rain crash down. I enjoyed it best knowing I didn’t have to go out into it.

It helps that this all happened less than an hour ago, so the “last” element of it remains pretty strong.

b) – book you read that you liked or made you feel emotional in some way?

rob – I’m in the midst of the new Richard Brautigan biography, Jubliee Hitchhiker (2012). So far, I’m barely a couple of chapters in, but am finding some of it painfully sad, from the discovery of his body a couple of weeks after his self-inflicted gunshot wound, to the circumstances of his growing up desperately poor and fatherless. It seems rather shocking he did anything positive with his life, in a way, considering the bleak and unsettled circumstances of his first two decades.

I was also moved greatly by Brian Fawcett’s recent Human Happiness (2011), the memoir he wrote of his parents and their marriage. A funny, dark and uplifting book that anyone with parents should probably read.

c) – good party you were at, what was good about it?

rob – We were recently at a couple of parties over a few short days, through my lovely fiancé’s mother. First, her mother’s birthday party in the Niagara Region, and the following day, she hosted a bridal shower for her/us. Both were magnificent parties, significantly due to the fact that her mother knows how to throw a worthy event. It was also where I was first able to meet a number of Christine’s family, which I think stressed her a bit more than it did me. The bridal shower was a bit overwhelming for both of us, considering the spectacular generosity of all involved, the spectacular former-Bed and Breakfast house we stayed in (originally built in 1834, with remnants of the original kitchen still in the basement), and the tent in their yard facing a winery where the shower itself was held. Her mother hired a local musician who performed two pieces, each based on writings of mine and Christine’s. How does one take it all in? 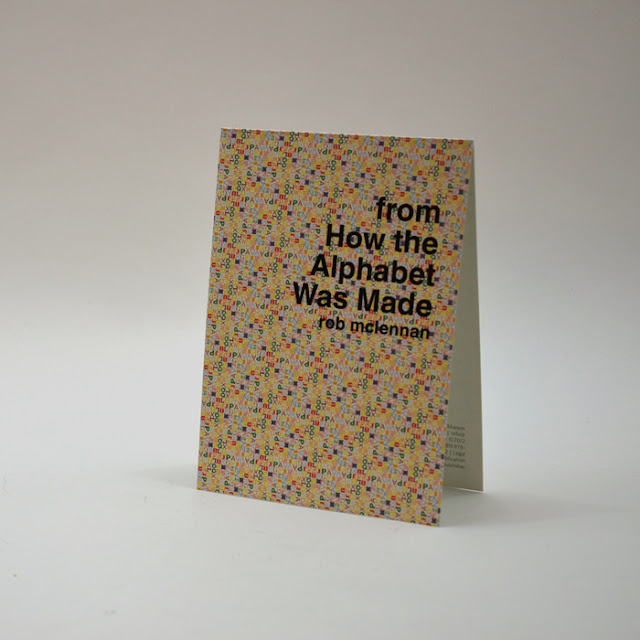 4 – How do you feel about the community or city in which you live? Is there one thing that you wish would improve in some way?

rob – Over the past twenty years, an enormously talented and supportive community has developed in Ottawa, and one that should be the envy of the rest of the country. Part of my push to promote it has been to show off just what the capital is capable of. Between the writers festival twice a year, the Ottawa small press book fair and the sheer number of publications, writers, bloggers and reading series around, I wouldn’t want to be anywhere else. Just check out www.bywords.ca to see what we have going on.

What I would want improved would be the awful lack of media. Arc poetry magazine is the only trade poetry journal between Montreal and Toronto, to my knowledge, and they can’t be expected to review everything in town. With the dailies and weeklies being completely useless in that regard, anyone with a book, chapbook or anything else gets little to nothing in terms of attention, whether popular or critical, and that to me is completely shameful. Luckily, there have been a few bloggers that have picked up some of the slack, including Pearl Pirie, Amanda Earl, Ryan Pratt and Cameron Anstee, and its been a joy to behold.

5 – What would you do with an unexpected but fairly generous and one time only Canada Council for the Arts grant?

rob – Funny you should ask that, since this past spring I received a Senior Canada Council for the Arts grant, my first Canada Council funding since 1999. Given that this had been more than a decade, I’d say this was pretty much “unexpected but fairly generous,” certainly. Before this occurred, I would have answered all sorts of different things (including purchasing tons of books and producing a ton more, finding a larger/better living space, or even travelling), but the bulk of the money went to smart things like bills, both back and ahead. I’ve got rent paid up to the beginning of next year, and a ton of bills paid, including money to Chaudiere Books, the publishing company I co-run. I used a small handful of it to produce a good dozen or so chapbooks through above/ground press, as well as an evening with Christine at a local restaurant, Whalesbone. But I still spent a couple of hundred dollars on comic books and poetry books and novels, which seems appropriate. I think the first handful of any funding should go to something fun, before the rest goes to smart. One has to enjoy it, as well.

Now I’m pushing hard to get my archive sent off to the University of Calgary, so I’m not hit with a big tax bill next spring. Yipes.
Posted by rob mclennan at 9:01 AM
Labels: How the alphabet was made, interviews, Ribbon Pig, rob mclennan, rob mclennan interview