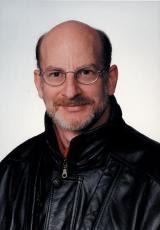 John Lavery is the author of Very Good Butter and You, Kwaznievski, You Piss Me Off. Very Good Butter was a Hugh MacLennan prize finalist. He has twice been a runner-up in the annual Prism International contest, and his stories have appeared in This Magazine, The Canadian Forum, The Ottawa Citizen, and The London Spectator. Lavery appeared in Coming Attractions, The Journey Prize Anthology and Decalogue 2: ten Ottawa fiction writers. He lives in Gatineau, Quebec, with his wife and children.