Their division into tribes. Their worship of Jehovah. Their notion of a theocracy. Their belief in the ministration of angels. Their language and dialects. Their manner of counting time. Their prophets and high priests. Their festivals, fasts, and religious rites. Their daily sacrifice. Their ablutions and anointings. Their laws of uncleanness. Their abstinence from unclean things. Their marriages, divorces, and punishments of adultery. Their several punishments. Their cities of refuge. Their purification and preparatory ceremonies. Their ornaments. Their manner of curing the sick. Their burial of their dead. Their mourning for their dead. Their raising seed to a deceased brother. Their change of names adapted to their circumstances and times. Their own traditions.

I’m late to the game, but fascinated by Renee Angle’s hybrid debut, WoO (Letter Machine Editions, 2016), a book that moves through the legacy, myths and half-truths of Joseph Smith, founder of Mormonism and the Latter Day Saint movement. Combining blends of the outer edges of the prose poem, Angle’s WoO writes and overwrites histories, stories and mythologies, opening the first paragraph of the book’s “PREFACE” with:

I am the bastard great-great-great grandchild of Joseph Smith, in search of a textline, not a bloodline. I affirm the manner in which durability and transience are imposed upon the world of objects. My dedication is no longer comprised of belief, redemption, conversation, fact. I dream of becoming anonymous, the ELECTRIC LIBRARY set past and future. 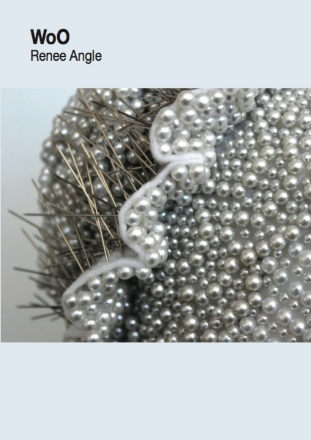 The book blends facts and fiction, prose and poem in such a way that it does emerge as an entirely separate animal, composing a composition on composing a book on, around and through Joseph Smith, and the difficult line that often exists between science and faith: “What happens when you hand your relics over to science, and, what if science doesn’t want your saints?”

In an interview with Angle on Under a Warm Green Linden (posted July 21, 2016), interviewer Christopher Nelson begins with the acknowledgment that the title is “an abbreviation of Werke ohne Opuszahl, which you explain is ‘used to denote musical compositions surviving only as fragments.’”

Nelson: Because Joseph Smith, the founder of the Mormon church, is central to WoO, reading it as a seduction—a kind of persuasion—was meaningful for me. But we will talk more about Joseph Smith later.

One of the things I love about WoO is its formal variety, how many different shapes the poems and prose take on the page. There’s prose poetry, rhyming couplets, a question-and-answer motif, and these lovely little “box poems,” where the text is a two-inch square. What were your intentions in presenting your ideas in so many varieties, and how did you know which forms to use for any given part?

Angle: A lot of WoO is collage work, so some of the forms suggested themselves because of the methods I was using to generate them. The rhyming couplets, for example, are found pieces that I collaged together using a rhyme scheme as a constraint. To choose the texts for WoO, I looked at books that scholars think Joseph Smith had in his library or books he read over the course of his life. All of the little box poems were translations that I made using a Hebrew grammar primer Joseph Smith used to learn Hebrew to read The Bible. And some of the poems were generated as my own meditations on certain subjects, and those take a looser, prose-poem form.

I am very interested in formal range, as a device. I’m reminded of seeing a retrospective of Gerhard Richter when I was in graduate school. His work was very meaningful for me, and I was struck by these abstract expressionist paintings that he paired with photorealistic portraits of his daughter and others. So I had that in mind as something that I was aiming for.