Let me be clear. On a Clear Day You Can See Forever
is the name of a 1970 musical starring Barbra
Streisand. What could be simpler or more infinite?

A clear object may alter or nourish but it may not
obscure. Light thrives. I like the way the light
hit the ice and glare is a line from a 2001 single
by Nelly.

I will not be making any more pop culture references.
When I said it was simple I lied.

Just because it is clear does not mean it is simple.
All I need is the air that I breathe and to love you.

Sometimes in order to be honest, you lie. You
make a transformation. You change sides.

A glacier is not clear or infinite. But it is nimbler than
you think. It changes states in an instant. It has no
allegiances. It is opaque in places, translucent in others.

Truth is a Lucite rake. It is clear and useful
and does not exist. A poem is a real path
carved by the fake rake through the leaves.

I only recently picked up a copy of Marietta, Georgia poet Monica Fambrough’s full-length debut, Softcover (Boston MA: Natural History Press, 2015), a collection of short lyrics composed via direct statements, many of which run, short-lined, down the length of the page. The construction and directness of her poems are reminiscent of similarly-structured and similarly-toned works by other American poets such as Emily Pettit, Bianca Stone, Hailey Higdon, Emily Kendal Frey, Sommer Browning, Anne Cecelia Holmes, Matthea Harvey, Natalie Lyalin, Dorothea Lasky, Amy Lawless, Anne Boyer and the late Hillary Gravendyk. What do these poets have in common? A lyric directness with a low tolerance for nonsense, a serious play with the sentence via line-break, and an emotional openness and vulnerability. Much like the works of most if not all on that list, Fambrough’s poems are fearless, even relentless, pushing and pounding out point-of-fact statements that land well, but land hard. How do her accumulations manage so much power? As the opening stanza of “Not Soup” reads:

If you are looking
for soup
this is not soup.
It is not warm or thick
or comforting.
It will not reheat
for lunch
or anything.
I’ve tried
and failed
to give you
what you want. 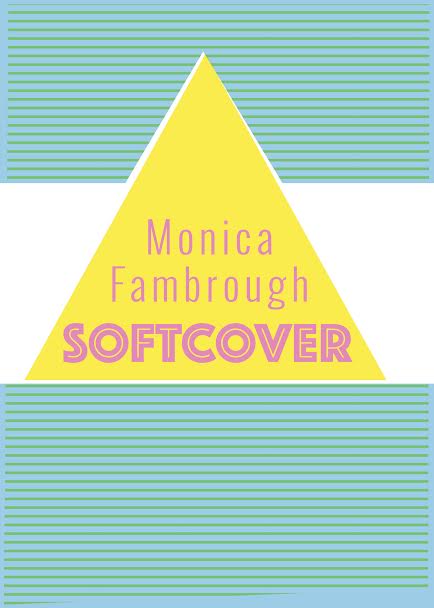 A former publicist for Wave Books (through which I interacted with her for years, without knowing she was also writing poems), Fambrough writes a domestic that includes the mundane, refusing to dress it up or show it for anything other than being a series of single steps in a long, unending line. Towards the end of the collection, “The Anniversary” includes: “I have not / lost weight / or improved / myself in any / significant way / The sun shines / a crease / The cat chews / his extraordinary / crunchy food / and then with / a sudden wrenching // The Anniversary / is upon us [.]” She shows a fearlessness in the face of such openness, crafting carefully and with deep precision a sequence of raw emotion. Another favourite is the poem “How I Am Liking Chicago,” the middle of which reads:

I finally read your book.
These are the parts that I liked
because they made me think
about myself:

The part where in 5-minutes
I will blow dry my hair.

about whether the cat was sick.
The part where I was checking my
email and then I walked to Whole Foods
and by then it was 4.

The part where the poem catches
fire and I use it to signal the pilot
to land the plane.