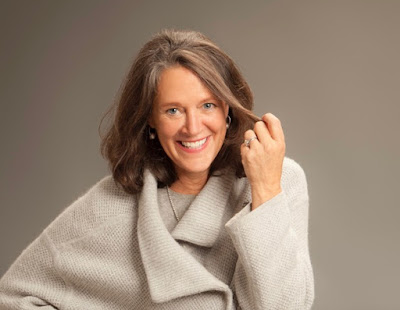 Heidi Seaborn is the author the award-winning debut book of poetry Give a Girl Chaos {see what she can do} (C&R Press/Mastodon Books, March 2019), Editorial Director for The Adroit Journal and a New York University MFA candidate. Since Heidi started writing in 2016, she’s won or been shortlisted for nearly two dozen awards including the International Rita Dove Award in Poetry and published in numerous journals and anthologies including The Missouri Review, Mississippi Review, Penn Review and Nimrod, a chapbook and a political pamphlet. She graduated from Stanford University and is on the board of Tupelo Press. heidiseabornpoet.com

In my previous life, I founded a couple companies. When someone chooses to invest in your idea or in your work, it’s an amazing validation but it’s also a responsibility to make a company or a book financially successful. With a book, something very personal becomes an enterprise. My chapbook Finding My Way Home was published last April and now, less than a year later, I’ve got my first full-length collection, Give a Girl Chaos {see what she can do} coming out. These two books talk to one another, but my work is constantly evolving as a I learn and flex as a poet. This time around, I feel there is more at stake because it is my debut book and because poetry has gone from part-time to profession for me.

I wrote poetry as a kid, as a teen and then stopped altogether for decades. About five years ago, I decided to take a fiction writing class thinking I might write a novel. I wrote short stories that read like long poems. Then a little over three years ago, I attended a poetry workshop and have been writing ever since.

I generally write in bursts, then run fallow for a while. In the lapses, I tend to the other aspects of my writing life (as an Editor, reading, submitting, writing reviews and interviews, etc.). I find that I write into projects—meaning that I discover myself pressing on an issue, subject or idea as I draft poems and eventually it draws my attention. Is there something more here that I want to really dive into? Is it a series, is a book? I don’t know until I’m in deep. For example, I wrote a series of poems in a burst over the summer of 2017 that I thought was a chapbook. Maybe it was, but it became the second section in Give a Girl Chaos {see what she can do} and that’s exactly where they needed to end up.

As for poems, some just write themselves and I just try to get the hell out of the way. Those often require minor revisions. The majority of my poems are written quickly but spend a good deal of their childhood being revised, researched, revised again before they get to go outside and play.

Comedians look for funny everywhere and in everything. Poets do the same thing for inspiration. I keep my eyes wide, ears perked for the thing that needs to be written. I write poems that accumulate sometimes in to piles of poems, sometimes into a unified collection. To set out to write a book is too daunting. I take it poem by poem. I have a series of poems that I am writing now that may lead to a book if I keep going. But it’s a fragile creation and it could just dry up at any point. I’m hopeful, I have a good start, but I can’t see the end.

I love to read! I especially love to read to an audience of civilians—non-poets—who are uncomfortable with poetry. I want to make it accessible, fun, impactful. I tell little stories about the poems, bring them into the making of the poem, give them ownership. I find it’s useful to read new work out loud to more writerly audiences. It helps me discover what works and what doesn’t. The oral nature of poetry is really important to me. I read aloud as I write. I need to hear the sound. I’m fortunate to have had decades of public presenting experience, so there’s that too.

The larger questions that roll around in my brain lately concern power. Who holds it, how we regain it, how to find one’s power after trauma and tragedy and how to empower others? I think about this as a woman of course, but also more expansively as we are living in chaotic times. How do we muscle our way through this chaos? As individuals, as a society, as residents of this earth?

I have lovely editors who work hard to bring our books to market and ensure their success. We push each other, but it is with the same goal in mind.

When I’m writing, I hunker down at my desk in the kitchen and just write. It doesn’t matter what time it is. I may not get dressed, I may not eat. But there’s coffee, always coffee. Recently, a poem came while I was preparing dinner. I tried to capture it as quickly as possible and not ruin our meal. Sometimes, sacrifices are made! Otherwise, I try to get my emails, the business-y stuff out of the way in the morning. Then read or revise in the afternoons. I wish I could write every morning like William Stafford did and so many others. Maybe one day.

Usually, reading other poets unsticks me. I see something I want to try or am reminded of an experience to write about. I’m in the NYU MFA program and need to be writing fresh work constantly and against deadlines. As a burst writer, I’m not always able to turn it on for a deadline. When that happens, I go through all my scraps and rejects and see if I there is something to resurrect and revise it into a real poem.

Salt air. I live on Puget Sound. I wake up to the smell of sea. But I grew up a few miles from here in a house in the woods—the damp wet earth, and scent of fir trees. Eau de Northwest.

Nature always, including the humans and human nature. My work is often grounded in the natural world and the body.

That is a constantly changing answer. Whoever I am reading now. Currently a lot of Glück. But as Poetry Editor for The Adroit Journal and in general, I read what is being written right now, hot off the press. Zadie Smith has said that to be a good writer you need to write new. To write new you need to know what’s being written now.

I did something else for well over thirty years. I worked in communications, marketing and media becoming a senior executive, living all over the world. Been there. Done that. Loved it. Happy to have moved on.

I guess I’d have to answer that differently since I did do something else for so long. What made me return to writing after forever? I felt restless. The minute I invited poetry back into my life it was as if my head exploded with images. The images became poems and I haven’t looked back since. If you had asked me five years ago if I would become a poet, I would have shaken my head and said, nah that was my teenage dream. I feel like a teenager again!

I’m bound to disappoint because I’m up to my ears in required academic reading, whether it’s poetry or books on form and craft. But I just finished reading Michael Ondaatje’s The Collected Works of Billy the Kid. It was written eons ago, in 1970. He was a poet then and as he wrote this book in the persona of Billy the Kid, he slipped into fictional passages. The experience opened up fiction for him, and the rest is history. All these decades later, the book is incredibly compelling—as a brilliant example of persona, of historical fiction, of hybrid experimentation—all in vogue now. Plus, his lyrical voice set loose on the open range of the Wild, Wild West is wonderful!

Beautiful Boy broke my heart, may not be Great with a capital G, but impactful for me.

A series of persona poems, historical in nature, possibly hybrid in form. And my MFA. I am hopeful that they are one and the same in the end. Fingers crossed at this stage.