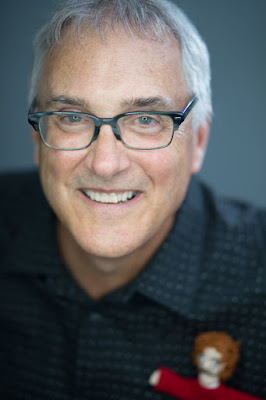 Ron MacLean is author of the novels Headlong and Blue Winnetka Skies, and the story collection Why the Long Face?. His fiction has appeared in GQ, Narrative, Fiction International, Best Online Fiction, and elsewhere. A story collection, WE MIGHT AS WELL LIGHT SOMETHING ON FIRE, is forthcoming Spring 2019. MacLean is a recipient of the Frederick Exley Award for Short Fiction and a multiple Pushcart Prize nominee. He holds a Doctor of Arts from the University at Albany, SUNY, and teaches at Grub Street in Boston. Learn more at www.ronmaclean.net.

1 - How did your first book change your life? How does your most recent work compare to your previous? How does it feel different?
It was a total rush to have a book out. Crazy exciting. I felt kind of on top of the world. And I felt humbled, knowing how hard it is to get a book out, especially one that’s a little off-center in its approach and execution (it was a postmodern cowboy-movie novel). Each book feels different – that’s part of what I’m about, is to expand my reach, explore different subjects, themes, and forms. HEADLONG feels different in that it’s the most straightforward book I’ve written, or probably ever will write. I set out to write a classic crime novel, and while I ended up with more of a literary thriller, it’s still a book driven by a pretty relentless plot. My favorite feedback I’ve heard is from several people who read it in one sitting because they couldn’t put it down.

2 - How did you come to fiction first, as opposed to, say, poetry or non-fiction?
It’s what I always read as a kid, and was always my passion. Making up stories, and seeing if they would connect with people. I had a brief period where I strayed – trained and then worked as a journalist for a few years, but I came back to fiction because I thought the stories were more interesting – and more compelling – when made up. (Don’t tell Nick Young, the journalist protagonist of HEADLONG.)

3 - How long does it take to start any particular writing project? Does your writing initially come quickly, or is it a slow process? Do first drafts appear looking close to their final shape, or does your work come out of copious notes?
I’m laughing out loud at the last part of that question. First drafts bear little if any resemblance to their final shape. It’s a circuitous process for me, and a time-consuming one. My novels have taken 7 and 5 years to produce, from conception (idea) to delivery (publication). With HEADLONG, I took an entire draft – maybe fourth draft – and literally threw the whole thing in the wastebasket, because I’d taken a foundational narrative turn that ended up being completely wrong-headed. So I just try to be patient with each project, and put in the time, trusting that at some point, something worthwhile will come out the other end. Sometimes the idea comes quickly. The writing of it, and bringing a story to fruition, never does.

4 - Where does a work of prose usually begin for you? Are you an author of short pieces that end up combining into a larger project, or are you working on a "book" from the very beginning?
It depends on the project. With HEADLONG, I was working on a book from the beginning. I knew I wanted to write a crime novel, and I knew the situation I wanted to depict – a citywide labor strike, political protest movement, and how it touched the lives of three people, including an activist teen – was a large-scale idea. Always, though, it begins with one small bit that grabs my attention. In the case of Headlong, it was a short item I read in a local newspaper about $14,000 cash being stolen in a house robbery in the middle of a summer afternoon.

5 - Are public readings part of or counter to your creative process? Are you the sort of writer who enjoys doing readings?
I LOVE doing readings. In part, I’m a ham and I love the spotlight. Mostly, I love to meet readers, and to be able to see people react to the work. Usually, we writers don’t get to see readers’ reactions.

6 - Do you have any theoretical concerns behind your writing? What kinds of questions are you trying to answer with your work? What do you even think the current questions are?
Not so much theoretical concerns (other than string theory and the logic of abstract physics), but I’m always revolving around the question of what does it mean to be a human in this world, with all the glories and faults that go with it. For the last couple of years, I have also been asking – and trying to write into an answer for – how do I write on a larger canvas? One that incorporates the larger social and political forces – power structures – that impact all our lives.

8 - Do you find the process of working with an outside editor difficult or essential (or both)?
Hah. Definitely essential. I’ve been lucky, so it has rarely been difficult. Mostly, the editors I’ve worked with are starting from a place where they like the work, and respect me as its creator, and want to collaborate with me to make it better. They offer suggestions. I try to be open to those suggestions. Usually, they’ve improved my work. I always appreciate their time and attention on it. A couple times, for short stories that were taken by magazines, we’ve had disagreements and I’ve chosen to capitulate to something I didn’t like. Then I’ve gone back and done it my way when it comes to the book version.

9 - What is the best piece of advice you've heard (not necessarily given to you directly)?
Easy. “Make opportunities for each other.” Judy Johnson, one of my grad school professors. From day one, she encouraged us to think in terms of community, in terms of how we can work with and help each other. I’ve tried to live that ever since. For me, it’s so important in a vocation that’s mostly solitary, to make a concerted effort to get outside myself and be an active (giving) part of a community.

10 - How easy has it been for you to move between genres (novels to short stories)? What do you see as the appeal?
To me, novels and short stories are very different animals. So different. And it always takes me a while to shift gears. A good story, even one that feels leisurely, requires such compression, that it’s a completely different rhythm and mindset. That said, I love moving between them. It’s not easy for me, but the appeal is powerful: time spent in the one brings me back with fresh energy and perspective to the other.

11 - What kind of writing routine do you tend to keep, or do you even have one? How does a typical day (for you) begin?
I have a loose routine. My best practice is to write two hours a day, five or six days a week. When I’m in a good groove, that’s what I’m doing. Consistency with that allows lots of progress – it’s amazing how much work you can get done in a year with that kind of commitment. I like that time frame because it’s realistic for my life, and it allows my brain to percolate in the background on what I’ve done, which almost always yields an interesting start for the next day.

12 - When your writing gets stalled, where do you turn or return for (for lack of a better word) inspiration?
Friends. My writing group. I’ll whine to them, and they will either a) write or call with sympathetic encouragement or b) mock me and tell me to buck up. Either one tends to work. I will also often pull a favorite book from the shelf and just immerse myself in a story I love until I get over myself, which takes less long as I get older. I think the fear of death keeps me from getting stalled out much.

13 - What fragrance reminds you of home?
Beef, slow-roasting. Is that bad?

14 - David W. McFadden once said that books come from books, but are there any other forms that influence your work, whether nature, music, science or visual art?
Um, all of the above. I’m a huge music fan, and it always inspires me. For a long time, every short story I wrote had a “theme song,” one I’d listen to again and again as I was writing the story. And a story that will be in my new collection, about a blind rabbit escape artist trained by Houdini, also has a character who’s a butcher who’s retired from theoretical physics. So there’s a lot of string theory in that one.

15 - What other writers or writings are important for your work, or simply your life outside of your work?
Jeanette Winterson, Donald Barthelme, Gertrude Stein, for sure. Dostoyevsky. Aimee Bender. Flannery O’Connor. I read her collection of essays, Mystery and Manners, about every two years.

16 - What would you like to do that you haven't yet done?
Climb Half-Dome at Yosemite National Park.

17 - If you could pick any other occupation to attempt, what would it be? Or, alternately, what do you think you would have ended up doing had you not been a writer?
I would LOVE to play power forward for the Boston Celtics. I’m small, but stalwart and fierce. Can you get me a tryout? I would probably have stayed in journalism, with a focus on investigative journalism. I admire the hell out of the profession, and I enjoyed it, and I think it’s important work.

18 - What made you write, as opposed to doing something else?
It’s all I ever wanted to do, except for about a month when I was five years old and wanted to play middle linebacker for the Green Bay Packers. My wife kind of hates that I’ve always known. She’s not one of those people. It’s much harder for her, and I say helpful things like “how can anyone not know what they want to do?”

19 - What was the last great book you read? What was the last great film?
I’ve got a pretty high bar for great. I won’t call a book great until I’ve read it at least twice. So I’d have to say Jenny Offill’s Department of Speculation. Similarly with movies, in terms of multiple viewings before I’ll call them great. I’m gonna cheat and say two: Boyhood, and a classic Russian film I saw again recently in a new 70mm print, Andrei Rublev.

20 - What are you currently working on?
Helping the publisher with marketing my new story collection, WE MIGHT AS WELL LIGHT SOMETHING ON FIRE, that comes out June 5, 2019 from Braddock Avenue Books. And collaborating on a trilogy of psychological horror novellas with a writer pal.