Celan is a work of public art. I stand in the snow and think Celan. Then I think of Sufjan Stevens. I think of Sufjan’s unsung States: possibilities? I feel violence in them, the violence of theft, as things that are possible—but kept from us—are stolen.

American poet, artist and musician Jasmine Dreame Wagner’s second full-length collection is the absolutely remarkable On a clear day (Boise ID: Ahsahta Press, 2017), a collection of what are described as nine lyric essays. There is something quite fascinating with the way she blends poetry and prose in such a way that her work belongs equally to both forms, and her work invites comparisons to prose works by Maggie Nelson, Sarah Manguso and Claudia Rankine for their stunning interplay, intellectual curiosity and interest in an unsentimental, straightforward confessional. Rich, meditative and multi-directional, there’s almost the feeling that if Maggie Nelson composed poems, they might look like Jasmine Dreame Wagner’s On a clear day. In a recent interview for Speaking of Marvels, Wagner references the new collection:

I have a book coming out next year called On a Clear Day. One of my blurb writers wrote that I’d undertaken the project of loneliness. Am I lonely? It’s something I’ve wondered and truthfully, I don’t know if I’m lonely or if my wire is tuned to a solitary channel. I like being alone, taking walks alone, reading Twitter as though it were a divining practice in another century. When I’m with friends or witnessing art, I’m completely present, but I feel absolutely alive when I’m gorging myself on solitude. 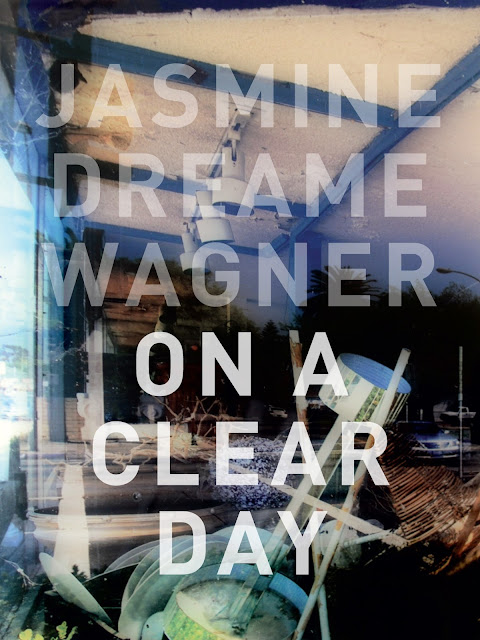 Wagner’s inquiries move through a wide array of subjects, ideas and references, each wrapped around a particular idea, writing “Snow,” “Sunsets,” “Snow,” “Small True Things,” “Snow,” “Deserts,” “Snow,” “Aughts,” “Snow” and “On a Clear Day.” Wagner’s multiple inquiries are far-ranging, linking references across incredible distances, musing lyric and hard facts, contradictions, quoted material and the details of silence. Her work is gorgeous, thoughtful and sprawling, held together through a process that connects to itself constantly; no matter how far she might appear to stray, she never does, composing a series of perfectly executed theses in incredibly tight prose. By writing on snow, she describes the essential snowness of everything else. By writing on noise, she articulates silence. She writes: “For a moment, I forgot how I relish privacy. I want to share this.”

Jacques Attali writes of Brueghel’s painting Carnival’s Quarrel with Lent: “his angst is audible.” In Brueghel’s paintings, the clatter of human noise prefigures silence as power, specifically, the silencing of social order, of religious morality. The church’s policing of festival and carnival, of pagan joy, willed silence on the people and on their landscape. This was long before industry replaced festival and carnival as noise, before the air roared with turbines and silence split into two different ends: silence as luxury, silence as torture.

Silence as torture: Unknown unknown in solitary. Guantanamo Bay. Water drip. Electricity down the back. Ray Bradbury’s Margot in All Summer in a Day, the girl whose peers lock her away for knowing the sun, “how like a lemon it was, and how hot.” Her punishment: a closet. On the only day in seven years when the Venusian inhabitants would witness the rising and falling of their lifeblood.

At the end of the story: “They walked over to the closet door slowly and stood by it. Behind the closet door was only silence. They unlocked the door, even more slowly, and let Margot out.” (“Sunsets”)