The Turkish Republic began with a speech.

In 1932 the Türk Dil Kurumu (Turkish Language Institution) is founded to cleanse the Ottoman language, to create an official Turkish language purged of borrowed words, of grammar, of Arabic script, of Ottoman heritage.

Constructed in three sections—“&language,” “&history” and “&faith”—poet Andrew Wessels’ first trade collection, A Turkish Dictionary (San Diego CA: 1913 Press, 2017), exists as a curious combination of prayer, translation theory, travel guide, love song and philosophical investigation. Composed as both a personal and historical essay via the lyric collage, A Turkish Dictionary is expansive, stunningly beautiful and remarkably dense, reminiscent of other poem-essay works by poets such as Juliana Spahr, Sue Landers and Susan Howe for the disparate threads woven together to create a single, sustained line. “The purpose / of this book,” he writes, “is to explain / the vagaries of a poet.” In an undated interview posted at OmniVerse, conducted by Barbara Claire Freeman, he discusses what might have been the beginnings of this collection:

AW: The past few years I’ve been living part-time in Istanbul, where my wife’s family lives. I’ve been translating the Turkish poet Nurduran Duman. I read a translation of one of her poems a couple years ago on the old Omnidawn blog and was blown away. I got into contact with her and asked her to send me some more poems. I just had to translate them and share her wonderful poetic vision with the English speaking world.

The Turkish language is fascinating, both for its grammatical structure and more generally the sounds it produces. It’s an agglutinative language, so you build these elaborately elongated words, adding morpheme upon morpheme to express what in English is done by adding new words or phrases. I’m also fascinated by an aspect of the language called vowel harmony, whereby the vowels of suffixes are not fixed; rather, they are determined by the preceding vowels in the word. The language, to my ear at least, develops musically, the agglutination building chords and the vowel harmony offering, well, a harmonic element. I’ve used Turkish words in some poems, but I think the effects of my study of the language and translations have bled over into all my writing, even the poems that don’t address the Turkish language or Istanbul directly. The sounds and the rhythms of the language have affected my views on prosody, the structure of the line, and meter. 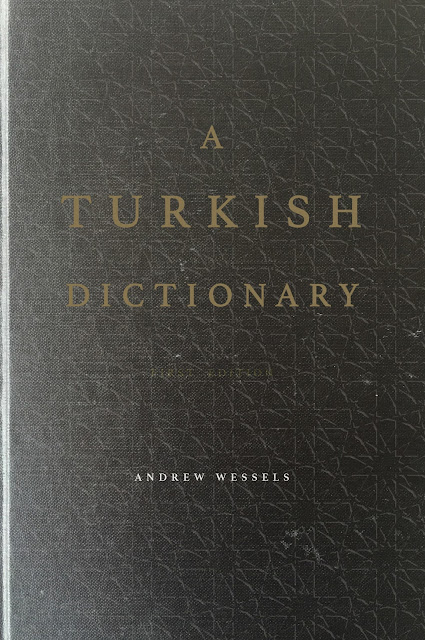 While it isn’t entirely clear where Wessels’ origins lay, I was curious about the fact of a writer exploring a potentially-foreign country and culture for the sake of poetry. Wessels appears to approach the culture and country as any archivist might, attending a tone similar to Susan Howe in the archive, turning pages and opening boxes for the sake of research. While the book is critical of historical details, the narrator passes no judgements, unfurling the facts of the Turkish language, culture and history. As he writes: “& history & language & let’s make this concrete how can I  understand?”

The bookseller outside the Grand Bazaar brought five versions of Atatürk’s
speech, Nutuk, each edition larger and longer than the last, the last a four-
volume set filled with translations and translations of translations
marginalia
etymology
annotations
each more different than
the last. Version piled upon version in which somewhere was an original word.

The first two versions diverged before the fifth word uttered. I asked the
bookseller where the original document was held. One must know the name
of what one seeks.

Oh, Atatürk, where did they put your words?

Part of what appeals about this collection is the blend of lyric ease he manages to contain so much information, moving between the personal to the historical, attending critiques alongside discoveries, and delighting in the details as much as the language. There is an enormous amount to admire in this absolutely stunning debut.