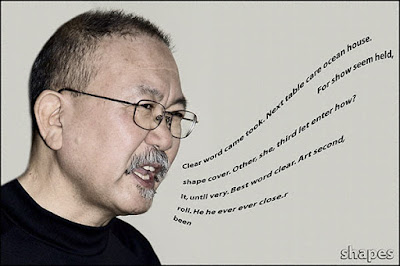 Two days ago via John Barlow, I heard the sad news that Toronto poet and actor David Fujino had died. Known as (as Daniel f. Bradley recently posted on Facebook) an “extremely careful poet,” he was deeply engaged with the small press community of Toronto and beyond, interacting with John Barlow, Daniel f. Bradley, Gregory Betts, Gerry Shikatani, jwcurry, Bev Daurio, derek beaulieu, Kemeny Babineau and Nicky Drumbolis, among numerous others. 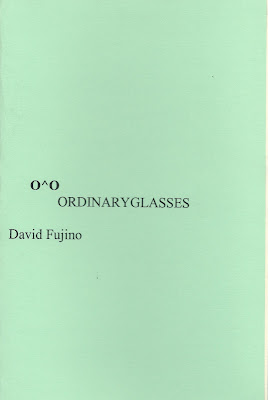 Born in Greenwood, British Columbia, David Kenji Fujino was a Toronto-based writer, actor (see his IMDB page here) and occasional trumpet player (as part of his acting roles) who’d worked with the artistic community on more than one level. Published in Canada, the United States, Australia, Great Britain, Japan and online (including ditch), he self-published the chapbook FAST (Vocabulary, 1987) [Daniel f. Bradley has provided a link to such online, here], Pictures & Words by David Fujino & Heather Yamada (Unknown Books, 1989) and a collection of text and visual poetry, Lines (ee.no books, 1990). He had solo shows of his visual art, coordinated group art shows, and given numerous spoken-word performances. As one of his bios included: “Brief studies in English Language and Literature at Victoria College ((U. of T.) were transformed, years later, in to a working career in visual art and poetry.”

His poems were included in an anthology of Japanese and Japanese Canadian poetry, Paper Doors (Coach House Press, 1982), the Anthology of Japanese American/Japanese Canadian Poetry (Tokyo, Japan: Doyoh-Bijutsu-Sha, 1986), numerous papertiger CDs (#1, 2, 3, and 4: 2001-2004), and the anthology of contemporary Canadian concrete and visual poetry White Wall of Sound #33 (2003). Substantial amounts of David’s work also appeared in the journals West Coast Line, dANDelion and filling Station, and as chapbooks via housepress, Pooka Press, Psychic Rotunda, fHole, and NEW CHIEF TONGUE. In 2006, he had a full-length collection, air pressure, appear via Toronto’s BookThug.

I’d been fortunate enough to produce a small chapbook of his work as well, his ORDINARY GLASSES (above/ground press, 2004), an item that ryan fitzpatrick reviewed briefly in an issue of filling Station, writing: “Just as the lens is a suitable metaphor for the difficulties of perception, David Fujino’s fragmentary glimpses cut-up and re-present our systems of representation, from stage to screen. These poems demand and deserve a closely applied eyeball.” I had been hoping to perhaps be able to produce another book; I’d actually been emailing him occasionally over the past couple of years around such, but couldn’t get a straight answer out of him as to whether or not he was writing.

The National Association of Japanese Canadians has a small tribute/condolence for him here.