Jacob Wren, If our wealth is criminal then let’s live with the criminal joy of pirates

If love is power, a kind of soft power, it is also true that real power, the kind that makes the job possible, can only operate in secret. When you show your hand you also weaken it. A secret, even when revealed, undermines all certainty, since there might well be more destabilizing secrets to come. I am confident. I will prevail, I know I will prevail, for if I lose their love, if the job crumbles, I have at the very least succeeded in weakening their resolve. I have created suspicions where before there was mainly trust. Then we all know what will occur. It will only take a moment before I completely disappear. (“The Infiltrator”)

Originally produced in a limited run for “Authors for Indies Day,” May 2, 2015, Jacob Wren’s small collection of two short stories and an essay, If our wealth is criminal then let’s live with the criminal joy ofpirates (Toronto ON: BookThug, 2015), explores the nature and purpose of art, and a search for meaning through daily and ongoing activity. In the story, “Four Letters from an Ongoing Series,” the narrator, a writer, moves through the normal course of a series of days to return home to yet another rejection letter, and wonders exactly what the point of it all might be. The collection ends with the essay “Like a Priest Who Has Lost Faith: Notes on art, meaning, emptiness and spirituality,” that begins:

IS IT TRUE THAT TODAY, in casual conversation, artists often speak about wanting to have a career, but rarely speak about wanting to make something meaningful? Or is this casual observation only my cynicism rising to the surface? In the most general sense, the hope that art can be meaningful in people’s lives brings it very close to the spiritual, and this might be one of the many reasons the topic is often avoided. If I say I want a career (which, of course, I do as much as any artist) I might come across as ambitious, but there is also something practical and down-to-earth in my pronouncement. If I say I want to make something meaningful it is a higher style of arrogance, more old fashioned, less critical and therefore less contemporary. The desire to make something meaningful brings along with it a thousand small distastes and taboos. 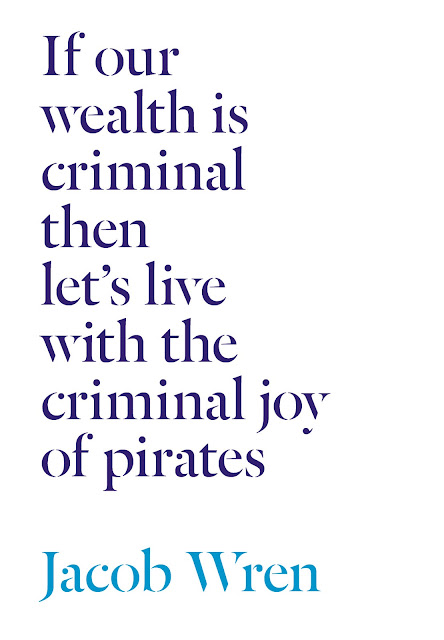 Wren’s ongoing work, including the novels Unrehearsed Beauty (Toronto ON: Coach House Books, 1998), Families are Formed Through Copulation (Toronto ON: Pedlar Press, 2007), Revenge Fantasies of the Politically Dispossessed (Pedlar Press, 2010) and Polyamorous Love Song (BookThug, 2014), often explore how to live a meaningful and productive life, loneliness and solitude, the purpose of art, and a series of intimate human interactions, articulated both through a cynical, yet furiously optimistic, and even innocent, open gaze. Wren routinely prods at a series of very large and human questions on just how it is we should and could be moving through the world in a positive and productive way, highlighting just how complicated such uncomplicated it actually is. Listen to the narrator of the story “Four Letters from an Ongoing Series,” for example, after reading a scathing critique of a rejected manuscript:

I lie in bed filled with doubts of every kind. And yet, if I’m honest with myself, I strangely don’t doubt my work all that much. I have to write the books I have to write. If every single publisher in the world thinks they’re shit then so be it. Of course it feels bad now but I’m sure I’ve seen worse and perhaps there is even worse to come. Right now, somewhere in the world, someone is being tortured and someone else is being bombed. How much do a few pages of critical words directed at me really hurt when stacked up against even a sliver of the horrors possible in the world? I’m going to keep writing books, I try to tell myself, no sure I’m still completely awake or if I’m already drifting off to sleep. And if not, maybe it’s still not too late to find some other thing to do with my life.

And for those who missed out on the short run of this title, apparently BookThug is producing more copies soon, claiming that orders keep coming in. There is still hope.