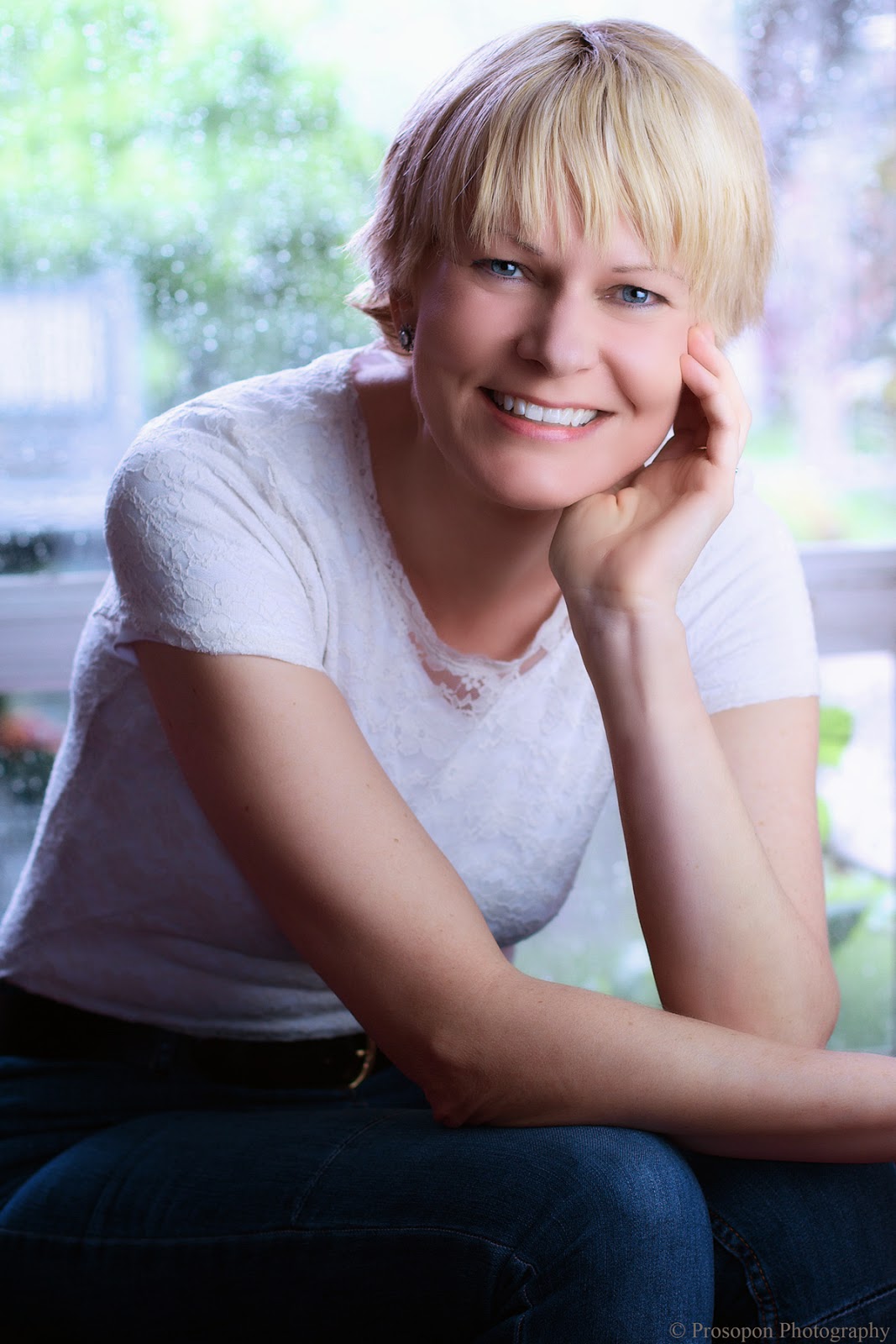 From early April to early June, I’m featuring short interviews with the authors of the six shortlisted titles for each of the three awards run through The League of Canadian Poets – the Raymond Souster Award, the Gerald Lampert Memorial Award and the Pat Lowther Award. Today’s feature is Toronto poet Catherine Graham, whose book Her Red Hair Rises with the Wings of Insects (Hamilton ON: Wolsak and Wynn, 2013) is on the shortlist for the 2014 Raymond Souster Award. See my previous Raymond Souster Award shortlist interviews with Anne Compton, Jenna Butler and Vancy Kasper. The winners to all three awards will be announced on Saturday, June 7, 2014 at The League of Canadian Poets 2014 Annual General Meeting in Toronto.

Catherine Graham [photo credit: Prosopon Photography] is the author of five poetry collections including Her Red Hair Rises with the Wings of Insects and the acclaimed poetry trilogy: Pupa, The Red Element and Winterkill. Winner of the IFOA’s 6th annual Battle of the Bards, recent work has appeared or is forthcoming in: Poetry Daily (USA), The Ulster Tatler (Northern Ireland), The Malahat Review, Crannóg Magazine (Ireland), Eyewear (UK), The Fiddlehead, Prairie Fire, Joyland and Room Magazine. Her work is anthologized in The Field Day Anthology of Irish Writing, Vol IV & V and The White Page /An Bhileog Bhan: Twentieth Century Irish Women Poets. Winner of an Excellence In Teaching Award, she is an instructor of creative writing at the University of Toronto School of Continuing Studies. www.catherinegraham.com

1. Her Red Hair Rises with the Wings of Insects is your fifth trade collection of poetry, after The Watch (Abbey Press, 1998), Pupa (Toronto ON: Insomniac Press, 2003), The Red Element (Insomniac Press, 2008) and Winterkill (Insomniac Press, 2010). After five trade books over the space of more than a dozen years, how do you feel your concerns as a writer have developed? How do you feel the work, and even the process of writing, has evolved?
My first publication, The Watch, was published in Northern Ireland shortly after the deaths of my parents. My mother died of cancer during my first year as an undergraduate at McMaster University and my father died in September of my last year in a late-night car accident. The poems in The Watch are about a daughter’s attempts to come to terms with the deaths of both parents. At that point in my life the grief was still raw and fresh. It became the overriding force that propelled my imagery and subject matter.

Over the last twelve years, during which I published the trilogy, the forcefulness of that grief diminished somewhat. It has since been augmented with, among other things, imagery connected to the water-filled limestone quarry I grew up beside.

In my most recent book, Her Red Hair Rises with the Wings of Insects, traces of grief continue but the subject matter is more wide-ranging. For example, the collection includes poems about an elderly woman dealing with dementia, an imaginative child playing with her food, and an abusive love affair. The process of writing also changed—from short, spiky lyrics to longer, flowing pieces in which I play with form.

Yet the quarry continues to serve as a wellspring for my work. Quarry shares a Latin root with cor or heart. Even when I’m not writing overtly about it, that image is the pulse of my writing life.

2. Who do you read to reenergize your own work? What particular works can’t you help but return to?
I’m always dipping into books. I have books stacked on my bedside table, kitchen chairs, living-room side-tables. I tend to move from book to book rather than sit with one until completion, though sometimes something will absorb me. To reenergize my work I read books on poetry. Some publications that come to mind: Best Words, Best Order by Stephen Dobyns, The End of the Poem by Paul Muldoon, Poetry in Person by Alexander Neubauer, Why Poetry Matters by Jay Parini, Where the Words Come From by Tim Bowling, Lazy Bastardism by Carmine Starnino, Proofs & Theories by Louise Glück and Poetry and the World by Robert Pinsky. I’m currently enjoying two recent publications: Madness, Rack and Honey by Mary Ruefle and The Virtues of Poetry by James Longenbach. I peruse poetry anthologies too for inspiration such as: A Book of Luminous Things by Czeslaw Milosz, Twentieth Century Poetry and Poetics by Gary Geddes, Modern Canadian Poets by Evan Jones and Todd Swift, Emergency Kit by Jo Shapcott and Matthew Sweeney, Open 30 Field by Sina Queyras and two UK anthologies that continue to inspire me: Being Alive and Staying Alive by Neil Astley.

3. After a stint living in Ireland, you currently live in Toronto and I’m curious as to how the community of writers around you, both in Ireland and in Canada, have contributed to your work. Do you feel your work corresponds more with the poetry of one specific country, with sprinkling influence of the other, or do you feel your work is a blend of the two?
I feel my work is a blend not only of Canadian and Northern Irish/Irish writers but of all I’ve ever read and experienced. Having said that, living in Northern Ireland during my twenties had an enormous influence on me as a fledgling poet. I completed an M.A. in creative writing in poetry there and because I came to writing poetry after my undergraduate years, I was an empty vessel for learning. This was pre-internet so I read the work of writers available to me at that time. Poets I either heard read or worked with such as: Seamus Heaney, Michael Longley, Derek Mahon, Carol Ann Duffy, Paula Meehan, Paul Durcan, James Simmons, Martin Mooney, John Montague, Brendan Kennelly, Joan Newmann, Medbh McGuckian, Nuala Ní Dhomhnaill, plus visiting poets like Jean Valentine, Allen Ginsberg, Denise Levertov, Czeslaw Milosz …

My first publication, The Watch, was published in Northern Ireland and was reviewed favourably in journals such as Poetry Ireland Review and Books Ireland. I was included in The White Page /An Bhileog Bhan: Twentieth Century Irish Women Poets and The Field Day Anthology of Irish Writing, Vol IV & V. However, life has a way of pointing you in a new direction and during the spring of 2000 I returned to Canada to live.

It truly was starting over. I slowly began to find my place in the Canadian literary scene. After fourteen years back in Canada I feel very much a part of this vibrant, varied, ever-growing community of writers.

4. Your new work, Her Red Hair Rises with the Wings of Insects, exists in part as an homage to the works of the late Canadian poet P.K. Page and the late Irish poet Dorothy Molloy. What was it specifically about the works of these two writers that struck, and you wished to explore in your own writing?
Up until my most recent book, my work explored the short lyric. I love short poems—how something so compact can have jet-fuel power. While working on my fourth collection, Winterkill, I wrote a poem that was close to being a glosa, “The Buried.” Instead of weaving four lines of another poet’s work into the last line of each of four ten-line stanzas, I weaved six lines from a quote by the actor Tilda Swinton into six seven-line stanzas. Other than one sestina, published in The Watch, “The Buried” was the longest poem I had ever written.

After Winterkill was published I found myself re-reading the glosas of P.K. Page, a poet I’ve always admired, and wanted to try my hand at writing a real glosa. While perusing the poetry books in my study, I instinctively chose Gethsemane Day by Dorothy Molloy. After finding four lines that spoke to me, I began writing my first glosa.

The form opened up a new cavern in my imagination. It pushed my imagery and lengthened the musicality of my lines. I loved the sense of knowing discovery as I burrowed through to the next stanza, as if the lines were waiting for me to find them and all I had to do was dig deeper.

One glosa led to another. Eventually, I had a full manuscript of glosas, all using lines from Molloy, mainly from her book Gethsemane Day, but also a few lines from her first posthumous book, Hare Soup. (Molloy died ten days before this book was published by Faber & Faber.)

After a bit of distance from the feverish experience of writing these glosas, it was time to read the work more objectively. That’s when I noticed the glosa form was too constraining at times and often made the poems weaker. I began to let go of the form to find the poem within. Her Red Hair Rises with the Wings of Insects is the result. Two poets in particular really helped me hone the manuscript, a poet I exchange work with on a regular basis, Ian Burgham, and my long-time editor, Paul Vermeersch. (Others are mentioned in the acknowledgement page.) Wherever Molloy’s lines do remain, they are italicized. The book is dedicated to the memory of P.K. Page and Dorothy Molloy.

5. What do you feel teaching writing and mentoring writers brings to your writing and writing life? Or are the two entirely separate?
Teaching and mentoring enrich my writing life. Sharing my passion for the art and craft of poetry, being both catalyst and witness to students’ growth as writers, all make for a meaningful experience and sharpen my own thoughts on writing.

6. Literary awards have been known to shine spotlights on individual works and authors, as well as writing generally, but has also sometimes brought with it a particular kind of pressure, and a frustration for those works overlooked by awards. As a writer, reader and, now, shortlisted writer, what are your feelings on literary award culture generally?
Being recognized by your peers is an honour. Awards provide a spotlight for a writer’s work and this can only help an author connect with new readers. But awards are subjective too, and often one aesthetic is favoured over another. Writing poetry is so essential to my life I’ve learned to separate my work from the award culture. A recent brush with cancer reinforced this and reminded me once again, as wonderful as nominations and awards are, it’s the writing that really matters to me.
Posted by rob mclennan at 8:31 AM
Labels: Catherine Graham, interview, Raymond Souster, The League of Canadian Poets, Wolsak and Wynn