the trees we wanted to climb—we wanted
to taste, see how they tear themselves up at the roots
near, very near ripening, these sleek purple fruits
but what are they called again? and is the moist skin
edible or poison? see how they bow dark dreadlocks
break open the cracked crust from underneath
with long buried fingers
fingers they stand on and walk away on
flinging them in front of themselves
whipping the air, dusting it (“Against the Glass”) 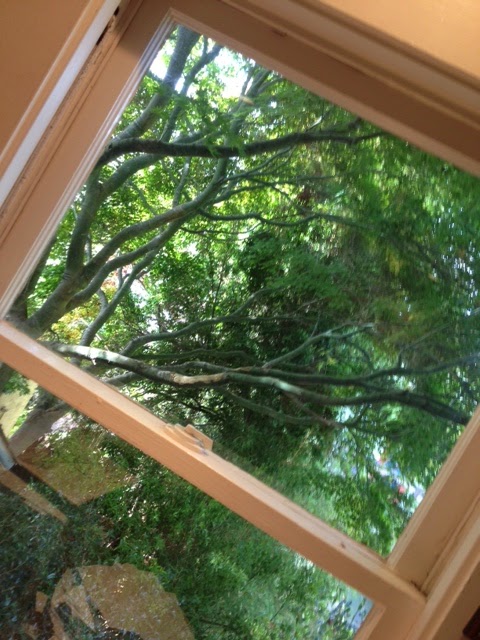 From Berkeley, California poet Barbara Tomash comes her third poetry collection, Arboreal (Berkeley CA: Apogee Press, 2014), following Flying in Water (New York NY: Spuyten Duyvil, 2005) and The Secret of White (Spuyten Duyvil, 2009). Composed as a series of extended lyrics, Arboreal explores the language, perception and textures of the California forest, as she writes in the title poem, “not in the fullness of language, but as a child’s code of dried torn leaves and / captured skipping stones [.]” Hers is an articulation of abstracts, specifically marked, dissolved and studied. The questions she raises in this collection are fairly straightforward: how do we relate to the natural world, and how is the tenure and tone of the land changed through our relationship to it, and ourselves changed in turn? As she writes in the poem “Forest of Names”: “what is this desire to touch the teguments, / to reach inside the enigma of escape?” Tomash’s poems expand on the smallest moments, exploring the intimate details of what lies hidden, often in plain sight.

when the wolves come into the city to keep warm
she has to go back to choosing words
the small watery ones, the narrow arrow slits
it is a time of bitter cold
completely outside the structure of American life
girdle of walls, tangle of reeking streets

when the bridge finally disintegrates
she miraculously recovers the conditional tense
conical roof with lacy ridges, pointed spires
and some glamour of spirit

These are complex questions worth asking, and repeatedly; questions explored in other works by a great deal of poets, including (off the top of my head) Julie Joosten’s Light Light (Toronto ON: BookThug, 2013) [see my review of such here], Brian Teare’s stunning Companion Grasses (Richmond CA: Omnidawn, 2013) [see my review of such here], Sue Goyette’s Ocean (Wolfville NS: Gaspereau Press, 2013), Anne Simpson’s The Marram Grass: Poetry & Otherness (Gaspereau Press, 2009) and Don McKay’s The Shell of the Tortoise: Four Essays and an Assemblage (Gaspereau Press, 2011) [see my review of such here], among so very many others. There are shades of Cole Swensen in the way Tomash has constructed her collection around a particular thesis and series of ideas, collaging her poems around and through varying degrees of subject into a single, solid form. She writes on trees and the forest, able to see both very clearly, in fact.

give us dissolution and we’ll show you—

Posted by rob mclennan at 8:31 AM
Labels: Apogee, Barbara Tomash

Rob, many thanks for this insightful and beautifully written review.