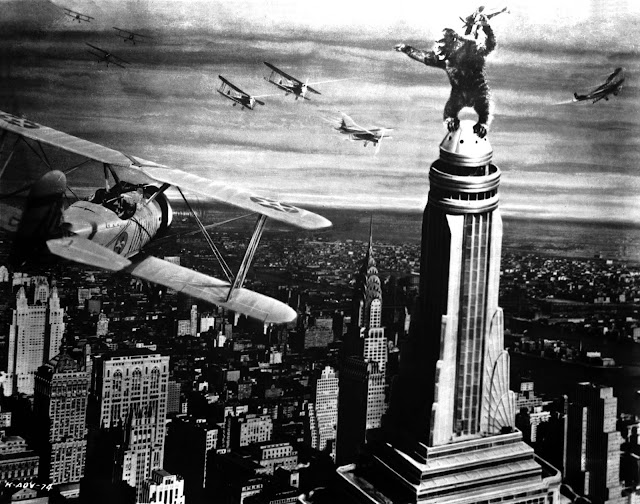 what might he know of low-hung rooftops, turret-stone, a bridge
held down eight centuries

of charter. Neither New York, nor his Island hideaway,

beyond his reach, a bray of school-bells,
silent throng of students cross the football fields.

Castle Hill, no trace of Viking rule. Once more, into the breach.

A million miles between: a sense of fair play, given
existential due. If he could, ignite the football fields. He chews

When you were young and in your prime,

a battle of wills between you and Trudeau, Laurier LaPierre,
the American National Guard. Deflecting gains

No flies on you, who once kicked dust from ancient tavern floors,
played Lowertown games of telephone and poems, walked

across Sisters of Mercy. Now, you labour atop Peace Tower’s peak,
seemingly invisible.

3. King Kong Sketches out his Memoirs

One was neither moon, banana, idle threat,

nor sunlight. Monkey recollections. It begins
with a woman, this: his abject paw-pain, stench

of hair scorched short, these bi-plane flashbacks
of staccato fire. A pretty blonde to catch his eye

and chain, awarded less the mantle of grand beast

than curiosity, verging on cliché. A king
without a country. Ignored by National Geographic,

replaced instead by youngers; Coco paints, he signs,

he strokes his kitten; illiterate King Kong’s insight
no more legible than ice. 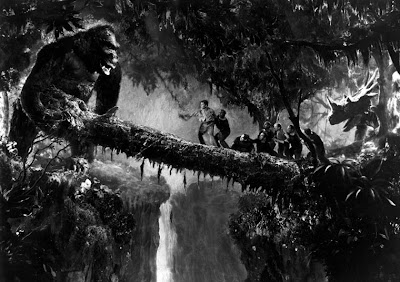 Forget the appeal of Basque temples, foreign women,
the disappointments of Rotterdam, or the score

he begins to comprehend his offspring; perhaps,
how best to love them.

He reflects on age and wisdom, vanity.
They ask: what news of home, good sir?

Your faith will bring you nowhere.

brambles, fog of toxins. Who might even realize, now,

his long-lost ambitions to Regal England? Another island
set in sleepy stone, as water surrounds, envelops. Once protected

with the promise of boundary. Fixed
and held to centre, safe,

Dawn, you told me, stings. Turbulence cultivates
the same blue as substratosphere, until

the stomach finally empties. Motion-sick, a memory
from another time, repeats: Dorothy, surrender.

An ocean he can’t fathom but for ocean. Sees stars,

adjusts his reading specs, accordingly. From here,
each patch of earth an island, equal. Surrounded

by expansive blue. Explorer Laika, astrochimps
like Ham and Enos. Save me. Kong,

absolute ape of empty space,
of all he sees, ahead. White knuckled,

hairs on end, how exactly

did you get here?

Posted by rob mclennan at 9:01 AM
Labels: poem, William Hawkins

I'm currently learning a song by Bruce Cockburn called King Kong Goes To Tallahassee which was inspired by the above poems. Thanks for posting them.

I wrote a poem entitled "King Kong's Lament" in 1970 and it was published in the Rolling Stone issue #123 in December 1972. It was subsequently published in my first book of poems entitled "Incandescent" in October 2004.