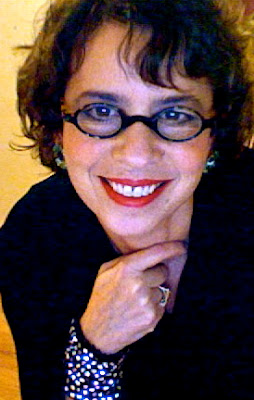 Beatriz Hausner is a prolific translator of many works of literature, including the poetry of César Moro, Rosamel del Valle, Mandrágora, Olga Orozco, Enrique Molina, Abigael Bohórquez, the prose of Alvaro Mutis and Aldo Pellegrini, among others. She lives in Toronto.

1 - How did your first book change your life? How does your most recent work compare to your previous? How does it feel different?
My first “real” book of poems was The Wardrobe Mistress (Ekstasis, 2003). It came after I had published many books, all translations of truly great poets. Certainly, at a very personal level, it felt a bit miraculous. I kept looking at that physical object and thinking how unbelievable it was that I had actually written something of my own. It felt radically different to be speaking in my various voices, and not through the voice of others, as if a ventriloquist. In my most recent book, Enter the Raccoon I deliberately break away from all my previous writing.

2 - How did you come to poetry first, as opposed to, say, fiction or non-fiction?
Chance had a lot to do with it. Chance and the determining factors of upbringing: I grew up in a home of visual artists and a poet, so my choice was, rather, between the visual arts and poetry. Later, as I explored writing in a more direct way, I discovered how much I value and enjoy essay writing.

3 - How long does it take to start any particular writing project? Does your writing initially come quickly, or is it a slow process? Do first drafts appear looking close to their final shape, or does your work come out of copious notes?
Some projects come fully formed, or almost so, at least as conceived in my mind. Others take a long time to gestate, years, even. Sometimes the writing happens as if in a trance, quickly, directly. Other times I have a concept in mind, or a set of words, and I surrender to the associations my mind conjures. I mostly consider the first writing to be a draft that will undergo many, many alterations, regardless of the manner in which it initially came about. I very rarely feel that a poem is finished at the first, although the miracle has happened. I enjoy working with language, its inner structure, taking the thing apart and reconfiguring the various constituents, like an immense collage that takes shape kaleidoscopically. Very often, I fear that in the process I may destroy the whole thing, end up with nothing. It’s a risk I sense I must take, because what obsesses me is the process of transformation that takes over.

4 - Where does a poem usually begin for you? Are you an author of short pieces that end up combining into a larger project, or are you working on a "book" from the very beginning?
Sometimes a poem will make itself heard, appear, and that poem will give naissance to a larger project. Other times, and this is what is now most often the case for me, I will conceive of a set of images around an idea in my head and begin working on its parts. The strangeness of it is that these parts rarely end up coming out the way I initially envisioned them.

5 - Are public readings part of or counter to your creative process? Are you the sort of writer who enjoys doing readings?
I enjoy doing readings, yes. I find the experience stimulating. However, readings in and of themselves rarely influence my creative process, which for me is driven by sensations and visions born in private and contemplative moments. When I started out writing in my twenties, it was different: my observation of others in social contexts, my own interaction with people often triggered the poetic impulse.

6 - Do you have any theoretical concerns behind your writing? What kinds of questions are you trying to answer with your work? What do you even think the current questions are?
I suppose my work adheres to the basic principles of surrealism, namely the achievement through poetry of a kind of freedom of the mind, where the barriers are broken down, in order to be in a space that is truly open, infinite in its possibilities. I don’t necessarily use the “traditional” techniques espoused by the first surrealists, such as automatism. Rather, it is a combination of means, which are entirely at my disposal.

8 - Do you find the process of working with an outside editor difficult or essential (or both)?
I have had the good fortune of working closely with A.F. Moritz, first by collaborating with him in translation, and, since the 1990’s, when I began to write my own poetry, with Al being the best guide I could have wished for. His keen ear for voice and structure, his understanding of my poetics, his incredible depth of knowledge, these have proven invaluable to me.

9 - What is the best piece of advice you've heard (not necessarily given to you directly)?
When I started working on translation, Ludwig Zeller, my step dad, advised: “Write the first draft as perfectly as you can, use that first impulse to make the text as finished as possible.” He meant for me to use his advice for translation only, but since then I have applied it to all my writing: I put my everything into that first effort; I try to apply great concentration of emotion and openness of spirit. I don’t always achieve the desired result, granted, but it works for me as a guiding principle.

10 - How easy has it been for you to move between genres (poetry to translation)? What do you see as the appeal?
I started out as a literary translator. I have translated a lot of wonderful poetry, by poets of such caliber, that for years I felt too awed in their company to actually write. When I did take the plunge, when I began to write poetry of my own, I had to stop translating other people’s work altogther. I just couldn’t do it. All those voices were inhibiting. Now it is different: I have no trouble moving from one genre to the other. In fact, I find the process enriching and inspiring. The only poetry I am completely unable to translate is my own.

11 - What kind of writing routine do you tend to keep, or do you even have one? How does a typical day (for you) begin?
I do my best writing in the morning. I try to get up very early. I go to my desktop computer and I write as much as I can, before I leave for my day job as at the TPL. The whole process does involve a ritual of sorts, including the wearing of beautiful things. Almost always I browse quickly through my favorite books, blogs and web sites. I don’t suppose I am any different from other writers...

12 - When your writing gets stalled, where do you turn or return for (for lack of a better word) inspiration?
I listen to music, always very loud, and I turn to writers whose work I love, like César Moro, César Vallejo, and Classics, like Ovid. I also read a lot of non-fiction. I am always looking for the strange and unexpected in everything around me. From all these, I take strands, sounds, sensations, images, little bits and I riff off them.

13 - What fragrance reminds you of home?
Eucalyptus and orange blossoms remind me of my childhood in Santiago, Chile.

14 - David W. McFadden once said that books come from books, but are there any other forms that influence your work, whether nature, music, science or visual art?
While it is true that the writing of others influences my work, I can safely say that the greatest impact on my poetics is and will always be music, clothes, visual images. These excite me and open up the senses for me.

15 - What other writers or writings are important for your work, or simply your life outside of your work?
There are so many...  Some appeal, or fulfill some aspect of my person and my imagination, while others have been determining forces in my formation as a writer. I can think of the early readings of novels by the Bronté sisters, or novels like Don Quixote, the fiction of Alvaro Mutis. I sometimes revisit the fiction of Matt Cohen; Gaston Bachelard’s writings also. I love Antonin Artaud, Robert Desnos, André Breton and other surrealists from that first generation. There is a book I often return to, titled Revolutionaries Without Revolution, by André Thirion. I love, love, love the poetry of César Moro [did I mention him already?], Enrique Molina and Rosamel del Valle.

16 - What would you like to do that you haven't yet done?
I would like to write a book of poems that could represent our age in a new way. Of course, it’s an unattainable, hence absolute, goal.

17 - If you could pick any other occupation to attempt, what would it be? Or, alternately, what do you think you would have ended up doing had you not been a writer?
I would probably have chosen to be a designer.

18 - What made you write, as opposed to doing something else?
I suppose it was a profound need to find a place where I could BE in the world more completely.

19 - What was the last great book you read? What was the last great film?
I just finished Elisabeth Roudinesco’s Philosophes dans la tourmente, a book of essays about six French philosophers, including a fantastic piece on Louis Althusser. As to films, the best one of late is Tinker Tailor Soldier Spy, directed by Tomas Alfredson. And I really liked a documentary, ostensibly about the sale of Yves Saint Laurent and Pierre Bergé’s collection, titled Amour fou.

20 - What are you currently working on?
I’m working on several projects currently, including a book of elegies and a book where I “illustrate” visual works by artist friends.

[Beatriz Hausner reads in Ottawa with rob mclennan as part of the A B Series, January 31, 2013]