The suitcases were disturbed
long before we touched them

but some had wintered over
better than others

shrouded in the lasting
odour of mothballs. (“Suitcase Poems”)

In Ottawa poet Rachael Simpson’s first poetry chapbook, Eiderdown (Ottawa ON: Apt. 9 Press, 2012), many of the poems address the former Willard State Hospital in New York State, including the more overt “Willard Asylum, 1869” and the seven-part “Suitcase Poems,” as she expands upon in her “Notes on the Text,” writing:

When New York State officially closed Willard State Hospital in 1995, curators and other personnel hurried to the site before its teardown. Their hope was to recover anything that might speak to the institution’s 126 years of operation and, more generally, the history of mental health during a period that saw both the rise of eugenics and psychiatry. Beverly Courtwright and Lisa Hoffman, two women that worked at the hospital for a number of years, led one of New York State Museum’s curators, Craig Williams, up a steep staircase into an attic that, as far as they could tell, hadn’t been disturbed in decades. There, they discovered 427 suitcases belonging to former patients, some of which would later be incorporated into the museum’s Willard Suitcase Exhibit in 2004.

Simpson’s “Suitcase Poems” exists as a series of meditations on the physical space of the hospital, its history and mental health, centred around the image of these forgotten and abandoned suitcases. There is a calm to these poems, an articulation and emotional description that can sometimes give the occasional impression of too great an emotional distance, and yet, the distance works in many of these pieces. As she writes to open the poem “You Will Write”:

Who stopped writing first?
I’ve forgotten your hand,
but if a piece of you
were returned to me,
your small-boned words,
the flesh of each
would all rush back
like blood.

What appeals about this chapbook includes the occasional blade-sharp line or phrase, and a cadence that flows over each just as easily, without wearing down any edge.

A voice sits on the edge of the bed.
Coil springs and endless
turning. We slide a hand over its back.
Come to bed, we say. It’s late
and you’ll feel better in the morning.
But the voice wants out of the room
There’s a frog in its throat it’s tired of
catching. The voice curls into a ball.
Its ears burn with thoughts
someone might be thinking.
Below we can hear
the tight-winged cricket
release its heat-song.
We trap the voice in our palm.
How insistent a word is
without another word beside it.
The voice repeats itself, the bed
breaks from the sound. 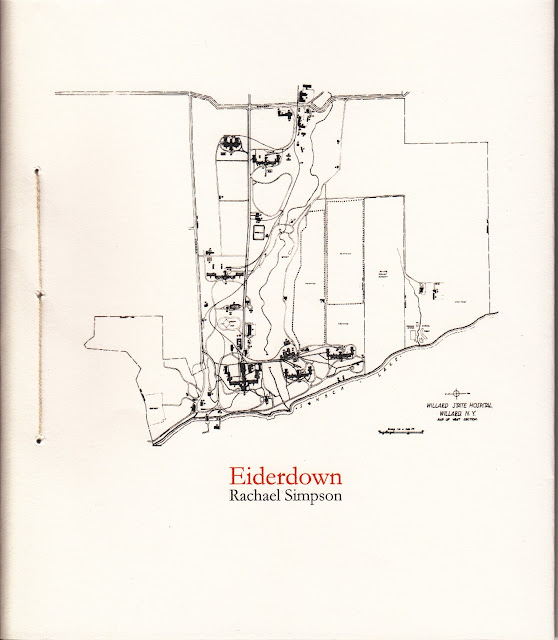 Simpson emerged from Carleton University’s ongoing In/Words magazine, press and reading series, a series of publications and activity nearing a decade’s worth. In/Words has developed an interesting cadre of writers over the past couple of years, including Jesslyn Delia Smith, Cameron Anstee, Ben Ladouceur, Leah Mol, Justin Million, Bardia Sinaee and Jeremy Hanson-Finger, many of whom have also appeared post-In/Words with publications through Anstee’s Apt. 9 Press. Through his work so far as an editor and publisher [see my recent profile on him and the press here] Anstee has emerged as one of the strongest champions of these writers, encouraging them to evolve beyond the immediate group, and challenging many of these writers to produce some of their strongest work to date.

Award-winning Perth, Ontario poet Phil Hall (who is currently finishing up his writer-in-residence stint at Queen’s University, Kingston) expands and extends his “Ontario gothic” [see my essay on such here] in A Rural Pen (Apt. 9 Press, 2012).

A sucked thumb has snuck off by itself—half-submerged at 4:00 a m in the swampy field it won’t shut up 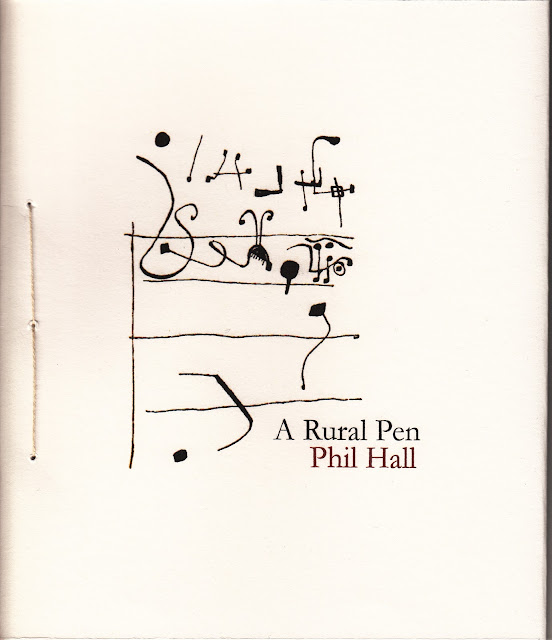 Sketching a series of (as he calls them in his acknowledgements) “hacked scrawls,” he borrows his title from William Blake to write short and quick meditations with fireworks-momentum. As he writes in the poem “Plum Hollow”: “The failure of order is the work / disorder is not the work.” What is continually astounding about Hall’s writing, via his last few poetry collections, is in the series of shifts, whether gradual or sudden, that bolt through the poems. Move your way through this work back, to his previous collection, the award-winning Killdeer (Toronto ON: BookThug, 2011) [see my review of such here], to The Little Seamstress (Toronto ON: Pedlar Press, 2010) to White Porcupine (Toronto ON: BookThug, 2007) and everything that came previous, and you will begin to understand the differences in tone, mood and question. Urban explorations and a dark rural history have shifted entirely to an ease and sense of peace in a country setting, sketching poems and fences and birds. His recent collections have continued his interest in exploring and questioning through collaged-fragments of turned and twisted phrases, composed as poem-essays, but more recently the poems have shifted into poem-essays that explore the purpose, means and goals of the writing itself. The poems question, respond, reiterate and shift, as the hand that scrapes the rural pen moves throughout the world, working to ask exactly what the meaning precisely means, and if that is even possible.

Do not look up X lick a pencil X begin

It is loon-quiet when I stopped jerking & go under

a small can of beans explodes on a manifold

Still, precision is an essential quality to Hall’s poetry, even as it discusses the impossibilities of such precision. There is such a great comfort to the work in A Rural Pen, one that knows the important answers might only emerge from important questions, and the level of self-awareness and self-questioning is remarkably rare and deep. If a pen falls in a forest, might anybody hear?