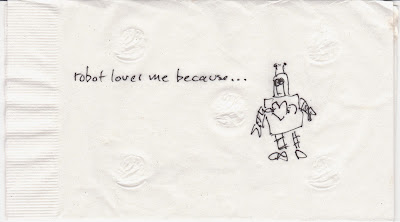 
Christine McNair and rob mclennan read together at The Dusty Owl Reading Series on Sunday, July 15, 2012, 3:00 PM, at their regular, monthly home at The Elmdale House, 1084 Wellington St. W, Ottawa.

Christine McNair has been published in Descant, CV2, Prairie Fire, Arc, ditchpoetry.com, Poetry is Dead, ottawater, the Bywords Quarterly Journal, and sundry other places. She won second prize (poetry) in the Atlantic Canadian Writing Competition, an honourable mention in the Eden Mills Literary Competition and was shortlisted for the 2011 Robert Kroetsch Award for Innovative Poetry. Her first book, Conflict, appeared with BookThug in May, 2012, and a chapbook, Notes from a cartywheel, appeared in 2011 with AngelHousePress. She works as a book doctor in Ottawa.

Born in Ottawa, Canada’s glorious capital city, rob mclennan currently lives in Ottawa. The author of more than twenty trade books of poetry, fiction and non-fiction, his most recent titles are the poetry collections Songs for little sleep, (Obvious Epiphanies, 2012), grief notes: (BlazeVOX [books], 2012), A (short) history of l. (BuschekBooks, 2011), Glengarry (Talonbooks, 2011) and kate street (Moira, 2011), and a second novel, missing persons (2009), as well as the travel volume, Ottawa: The Unknown City (2008). An editor and publisher, he runs above/ground press, Chaudiere Books (with Jennifer Mulligan), The Garneau Review, seventeen seconds: a journal of poetry and poetics and the Ottawa poetry pdf annual ottawater. He spent the 2007-8 academic year in Edmonton as writer-in-residence at the University of Alberta, and regularly posts reviews, essays, interviews and other notices at robmclennan.blogspot.com

Christine and rob will each be reading individual sets, and then a combined set, premiering a collaborative work-in-progress manuscript of poems. And don't forget the SOCIAL on June 21!

[rob and Christine also read in St. Catharine's on June 15]

How much do I love that ya'll are having a pre-wedding reading. Soooo much.