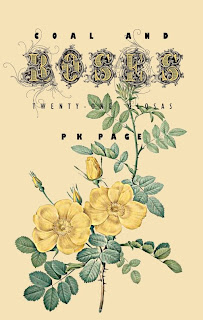 In remembrance of the late P.K. Page (1916-2010), one of Canada’s most celebrated poets, you are invited to submit to an anthology of glosas in her honour. The glosa form originated in the late to early fifteenth century Spanish courts (Braid 88), but it remained largely unknown in English-speaking Canada until Page took it up, especially in her Hologram (1994) and in one of her last books, Coal and Roses (2009). A short description of the form can be found below.

The form, as Page notes in her introduction to Hologram, is particularly well-suited to homage, and she might have added commemoration. In that spirit, you are invited to submit up to three glosas for possible inclusion in an anthology to be edited by poet, reviewer and critic, Jesse Patrick Ferguson. The anthology is tentatively accepted for publication with The Porcupine’s Quill, a press that has done much to promote Page’s work in recent years (including with the collection The Essential P.K. Page, 2008).

Who/how: Canadian poets are invited to send up to three glosas in either .doc or .rtf format attachments to the following email address: glosasforpage@hotmail.com. Please include a brief (50-100 word) biography and full contact details in the attached file, as well as in the body of the email.

What: unpublished glosas will be given preference, though published ones will be considered. In the case of published work, please include copyright information, as well as a statement of permission to reprint the glosa. As for subject matter, the glosas need not incorporate lines from Page’s poetry or explicitly address her legacy. Ideally, the finished anthology would contain a diversity of subject matter, including poems that directly engage Page and her work but also poems on unrelated subjects. Experimentation with the form is also acceptable, but glosas that are recognizable as such will be given preference.

Payment: contributors will receive one copy of the published anthology.

Deadline: Canada Day 2010. Only poets whose work is accepted will be notified.

Questions can be directed to me at fergusonjesse@hotmail.com, but please forward the poems to glosasforpage@hotmail.com.

Glosa form: (adapted from In Fine Form: The Canadian Book of Form Poetry, eds. Kate Braid and Sandy Shreve, 2005). Stanzas: an opening quatrain from another poet, plus four 10-line stanzas. Metre: no set metre or syllable count [though often approximating the form of the source poem]. Rhyme: lines 6, 9 and 10 of each of the four stanzas are end-rhymed. Repetition: each line of the opening (source) quatrain reappears once, in order, to close each of the other four stanzas (i.e. line 1 of the quatrain is also line 10 of the first stanza, and so on).
Posted by rob mclennan at 10:50 AM
Labels: call for submissions, glosa, Jesse Patrick Ferguson, P.K. Page