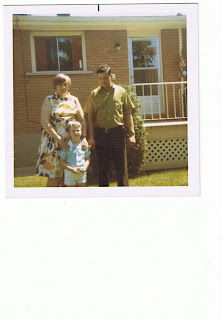 There were the 4-H meetings at the house, when my father a leader and I was still small. My mother would have stayed in the kitchen, preparing snacks. Sitting on the floor between kids from the surrounding farms, early to mid-teens, in chairs around our living room. In 1974, he was even awarded a plaque for his years of 4-H service, to coincide with leaving; my year, then, in such would be far less impressive. Before they were married, my mother a boy scout leader in Ottawa, through the church they were married in, on Alta Vista Drive. Wedding photos of them as her pack of boys dressed and saluting on two sides, and they strolled out of the church, only married mere minutes. His smile more shy than hers; she strolled through them beaming, on the arm of the skinny farm boy a whole year younger than she, but for four days.
house: a (tiny) memoir
Posted by rob mclennan at 11:53 AM
Labels: house: a (tiny) memoir