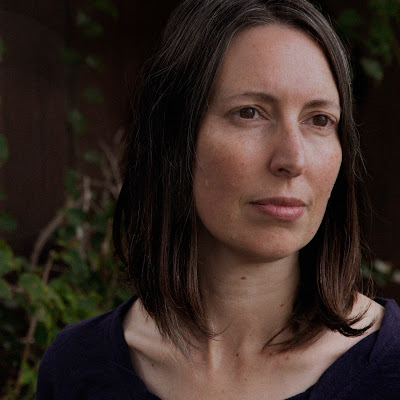 Stephanie Ford is the author of All Pilgrim (Four Way Books, 2015). She is a recipient of the Hopwood Award as well as fellowships from Vermont Studio Center and the Community of Writers at Squaw Valley. Her poems have appeared or are forthcoming in Tin House, Boston Review, Harvard Review, Fence, and The Volta. She holds degrees in art from Grinnell College and writing from the University of Michigan. Originally from Boulder, Colorado, she lives in Los Angeles.

1 - How did your first book change your life? How does your most recent work compare to your previous? How does it feel different?
Having a first book has relieved me of the internal pressures of writing a first book. It has given me a compelling reason to leave my home and family in order to be a poet out in the world and to meet other poets in other cities. Best of all, it has freed me to begin writing anew.

Though I worked full-time while writing All Pilgrim, my time is much more limited now that I have a 3-year-old. Now, if a poem doesn’t take flight right away, I have to move on. So: a more compressed syntax, shorter lines, development through quick pivoting rather than elaboration. And yet, I also feel more expansive in the connections I want to draw. If All Pilgrim is largely about the disorientations of place, I’m now more aware of simultaneities of time—of human and natural histories, and possible futures—making their imprints on the present.

2 - How did you come to poetry first, as opposed to, say, fiction or non-fiction?
The poets of my early adolescence were William Blake, Emily Dickinson, Langston Hughes, Osip Mandelstam, Adrienne Rich, Ntozake Shange, Sylvia Plath, ee cummings, and—thanks to my astonishing high school French teacher, Mme. Bosch—Baudelaire, Apollinaire, and Rimbaud. Then I detoured away from poetry. I studied art in college and labored at fiction for well over a decade, including in the MFA program at the University of Michigan, where I began a novel that I worked on steadily for five or six years after graduating.

Toward the end of this self-inflicted novel-writing period, I more or less accidentally attended readings by Eileen Myles and Cathy Park Hong. And, without realizing it at the time, I was learning a huge amount about what poems can be and do by watching my friend, the poet Darcie Dennigan, work on her first book during the years when we both lived in Los Angeles.

All I really remember, though, is that one morning, in the middle of my two-hour commute to work, I experienced the kind of epiphany we’d been taught to avoid in fiction school: Holy shit—I think I’m a poet. Which meant the huge freedom of not needing to bend every thought and turn of phrase to the demands of plot and character. It meant music, movement, and openness to forms of logic and connection beyond and outside of narrative. It also meant no expectation whatsoever of making a living off of my writing, which was also freeing.

At that point I was 35. Since then, I’ve been trying to make up for the fact that I’ll never get to be a 22-year-old poet.

3 - How long does it take to start any particular writing project? Does your writing initially come quickly, or is it a slow process? Do first drafts appear looking close to their final shape, or does your work come out of copious notes?
Usually a slow accumulation gives way, suddenly, to an unexpected final form. This probably goes for books as well as for individual poems.

4 - Where does a poem usually begin for you? Are you an author of short pieces that end up combining into a larger project, or are you working on a "book" from the very beginning?
As much as I tell myself I am only writing poems and not “books” as I work, at each point along the way I do imagine I’m writing a certain book—and then another and another, so that the final collection ends up being a fellowship of poems that were intended for a multitude of other, speculative books that never materialized.

5 - Are public readings part of or counter to your creative process? Are you the sort of writer who enjoys doing readings?
The poetic injunction against considering audience rings false for me. I’m a mess of nerves when it comes to asking for, promoting, and traveling to readings, but I love being able to embody my poems in the presence of others, almost as much as I love listening to other poets read their work. I also think it’s really important to write each poem with the conviction that it will be read publicly one day. This awareness helps me test my commitment to every word and turn, and it encourages my closer attention to voice, diction, and tone.

6 - Do you have any theoretical concerns behind your writing? What kinds of questions are you trying to answer with your work? What do you even think the current questions are?
Violence and power, particularly in relation to American-ness, feel like such strong determinants of who I am, how I live, and what and how I perceive, that I do constantly read and think and write about them in hopes of understanding myself and others as beings in, and of, history.

As a poet, though, I try to work with observable evidence, and I read and write poems to, if anything, question and complicate any overarching ideas I might have about how the world works. For example, theories of the human rarely seem to account for the animal part of us, which can be a no-brainer in a poem.

That said, based on my perspectives as a former adolescent and a former teacher of young readers and writers, I would also venture that one role of some writers is to provide wild, songful, and trustworthy company to—and thereby to liberate and embolden—those parts of the mind that might otherwise wither from loneliness and neglect.

8 - Do you find the process of working with an outside editor difficult or essential (or both)?
I do appreciate the way outside feedback dovetails with my own need to question and tinker; the handful of suggestions I received on All Pilgrim from my editor, Ryan Murphy, resulted in my cutting some poems entirely, writing new ones, revising others beyond recognition, and reordering the book into its final form. In the absence of such input in my regular writing life, I try to be of as many different minds as possible about my work, all the time.

9 - What is the best piece of advice you've heard (not necessarily given to you directly)?
“Pay attention.”

10 - What kind of writing routine do you tend to keep, or do you even have one? How does a typical day (for you) begin?
My best chance of getting writing done is after 9pm, when my son goes to sleep. Otherwise, the vast majority of my work over the last three years has been written on my phone, at odd intervals between other responsibilities.

11 - When your writing gets stalled, where do you turn or return for (for lack of a better word) inspiration?
Life.

12 - What fragrance reminds you of home?
Boulder, Colorado: pine trees and second-hand incense.

13 - David W. McFadden once said that books come from books, but are there any other forms that influence your work, whether nature, music, science or visual art?
For me, a poem is the meeting place and argument between other poems and the pharmacy/freeway/preschool/forest fire, etc. I want to say “yes” to nature because so often a bird or a cloud pulls me out of myself, provides a needed shift in perspective and scale as well as introducing other registers of language, but here, as in my poems, I become distracted by asking what part of me is able to perceive of myself as separate from nature in the first place.

14 - What other writers or writings are important for your work, or simply your life outside of your work?
Important books for me right now are those that compel me to imagine a productively resistant inner and outer life: Radical Love, a collection of Fanny Howe’s novels; James Baldwin’s collected essays; Eileen Myles’s Inferno.

15 - What would you like to do that you haven't yet done?
Be fearless.

16 - If you could pick any other occupation to attempt, what would it be? Or, alternately, what do you think you would have ended up doing had you not been a writer?
I have had to do plenty of things other than/in addition to writing, so what I am always attempting is to find a better (less demoralizing, higher-paying, less disruptive to writing) way of making a living.

17 - What made you write, as opposed to doing something else?
A deep-rooted love of language as sound, structure, spell-casting—probably, in fact, an intuition that the conscious deployment of language is a form of power. Writing is my way of not feeling wholly consumed by everything else that I must do in life; it’s my way of listening, and it’s also my way of talking back.

18 - What was the last great book you read? What was the last great film?
Whatever I'm reading at the moment becomes necessary and primary, and the tensions and connections between books are as important as their individual effects. I’m currently reading and thinking through Amiri Baraka (SOS), Susan Howe (Singularities), Simon J. Ortiz (From Sand Creek), Joseph Massey (Illocality), and Myung Mi Kim (Under Flag).

I enjoy movies but rarely remember them. I think this is because they usually feel like they were made for someone else. The only film that has really stuck, and that I would gladly pause my life to watch again and again, is Jacques Rivette’s Celine and Julie Go Boating.

19 - What are you currently working on?
A poem that, for now, thinks it’s about dictionaries, getting lost in the woods, and the violence of American origins.