But neoconservative leaders make extremists of us all.

We’ll I’ve forgotten who to vote for or against, or why. So, I “did” it.
Let me “fill you in.” I’ve put myself in the used-persons column.
Put grief on post-dated cheques. Unsure,
gave up on those bananas. Went to see the whales at the aquarium. Uncertain
if “clamshells” that house the burger are a danger
to the ozone layer. Our lawyers search for language:
many get shudders. Guaranteed full insertion? Seems we misspoke
our disinformation. Sorry, wrong nerve. Art with a capital “w.”
In the nail file of the screenplay of the lunchbox of the sountracak
of the gene pool of the bestselling book of the minor votive picture.
We tucked our snot behind the headboard till the bed collapsed.
We filmed the endgame at Humptulips River. The junk food
is healthier but sunlight is more toxic.

At closure I took a spraybomb,
on white side of a tall bank wrote (“Indolent Corollaries”)

Winnipeg poet Colin Smith is the author of 8x8x7 (San Francisco CA: Krupskaya, 2008), as well as the out-of-print Multiple Poses (Vancouver BC: Tsunami Editions, 1997) and Carbonated Bippies! (Vancouver BC: Nomados, 2012), both of which are included as part of the collection Multiple Bippies (Vancouver BC: CUE, 2014), a collection that stretches across the length and breadth of his published work. Poet and critic Donato Mancini has done Smith and his readers a remarkable service through his foreword to the collection, writing that “Smith’s writing is organized around (almost as an excuse for) an obsessive querying of the joke’s efficiacy as a ‘miraculous weapon’ of social incision, ‘cutting the muscles on the blade of silence’ (Césaire 173). Aggravated, Smith is ‘picking at it because it won’t heal’ (37). Each of his meticulously serrated gags locates a point of contradiction – impact site of the punchline or wisecrack. Each locates the type of fissure from where the social body could be pried apart.” As Smith writes in the poem “Multiple Poses”:

Deadly, necessary, do we have consensus yet?

The municipality will transfer an Indian cemetery
to the federal government
for $1. We desire belladonna
to achieve suppression of white …  Heavier earrings
thus longer earlobes, a decade of one meal one snack per day.

Life
as transitional phase, top-heavy
with maps, we’ve got our social concerns down
pat, suspect that’s part of the heck-like complication, impulse
purchase at the ballot booth.

On whichever scintillating day …
Included or not in a fresh poll.
Irony is too ironic?
Hard work.
Off the hook?

Smith’s work has long been engaged with a mixture of language play, social anxiety and a political awareness, all of which stresses an opposition occasionally exploding into a righteous and baffled anger articulated with a mad snarl of bad jokes and puns. There is something about Smith and his work that exist both in the centre and at the margins simultaneously, given his deep engagement with writing, ideas and people paired with his scattered and occasional publication credits, a natural reticence, and general mistrust of systems (all of which are evidenced within his work). As his EPC bio reads: “Moved to Vancouver in 1987 and immediately became part of Kootenay School of Writing ‘doings’. Was an active collective member c.1989 through 1996, and again from 2005 to 2007. Proofread many issues of Writing and Raddle Moon magazines. […] He is now living for the second time in the isolation chamber and racial holy war otherwise known as Winnipeg, Manitoba.”

We –
(soundscape) Word!, rap
matter, power
drill
running amok in House of Commons, beanball
land of the spree, home of our grave, women’s
devalued dollar, rezone my bank
account, news
hour, style without context, typos in the concordance, the decision
to invade was made in a synaptic and syntactic fury.

Was there ever a the problem?
You would go into the lab without a hypothesis? (“A Boy’s Own Last”) 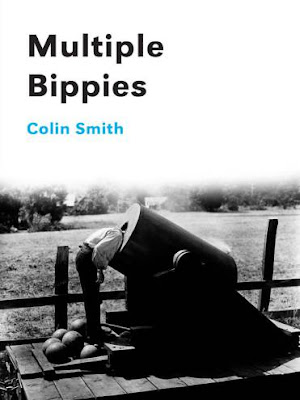 One of the highlights of the collection is the lengthy post-script interview conducted by Mancini in which the author discusses, among other subjects, the shifts in his writing that came from meeting Dorothy Trujillo Lusk and Kevin Davies, and falling headlong deep into Vancouver’s Kootenay School of Writing collective throughout the late 1980s, the 90s and beyond. The interview is important for just how much of the movement and activity throughout the decade, existing as an interesting counterpoint to Michael Barnholden’s hefty introduction to Writing Class: The Kootenay School of Writing Anthology (eds. Barnholden and Andrew Klobucar; Vancouver BC: New Star Books, 1999) in which he describes some of the work of the 1990s KSW writers (specifically Kevin Davies) as “linguistic opposition to consumer culture [.]” As well, both interview and foreword allow an opening into the work of a poet who writes slowly, and releases work far too occasionally; providing both deep context and insight.

DM: So your friendship with Kevin and Dorothy formed around writing from the start. Was Dorothy already producing interesting work?

CS: Yes, but she was reticent about showing it to other people. I didn’t realize until I read that interview you did with her that I might’ve been among the first she shared her work with. She’d shown it to Kevin and to no one else for the longest time. And for me it was hearing it rather than seeing it. After the [Stephen] Rodefer event I spent basically the spring and summer, and to a lesser degree the fall, drunk in their living room, gabbing about writing. We recited our work to each other, and sometimes just read together (that shared quiet among friends). They were fond of pulling these outrageous, hardcore L=A=N=G=U=A=G=E books off their shelves and throwing them at me: “Have a look at this,” or “Why don’t you read some of this out loud to me?”

DM: Right into the pool without water-wings.

CS: Oh yes, but done out of affection rather than malice, I think. They thought I had a good reading voice that I hadn’t quite learned how to use. That busted me up nicely: to open any unknown book and start reciting from it cold, finding the meaning as I went. The idea was: don’t try to force a poetic voice onto the material, just go. Let the words and their meanings tint as they can’t help but do, let the energy you find take over, and the voice will take care of itself.
But Kevin and Dot must have been shrieking internally with laughter, because they were throwing me things like David Melnick’s POET Aid to Memory. Really sonically adventurous work – I had no idea what I was getting into. Absolutely key for me, poetically and politically, was Bob Perelman’s The First World. I thought: “This is it. This is how you do it. This is how you get the personal the political and the social refracting off each other – this is ringing the cherries for me!” To say nothing of being graced with the very occasional text from my two new friends. Dorothy reciting “Stumps” – completely baffling. But this is how I first encountered their writing, through the ear.