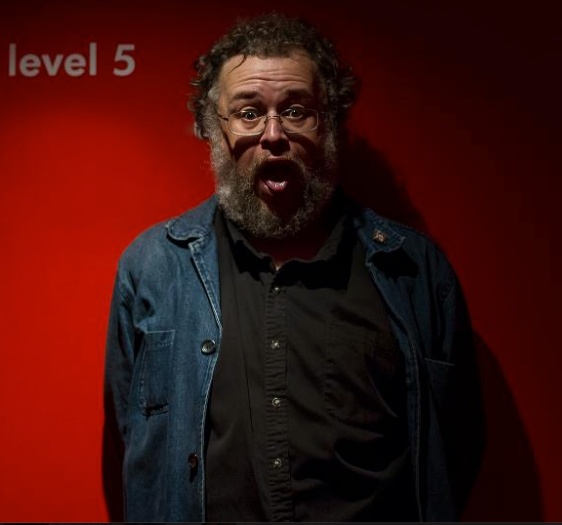 Sad to hear that Nanaimo, British Columbia poet Peter Culley has died, passing away (according to Kim Goldberg) "in his sleep early Friday morning." Condolences to his family and friends.

According to his EPC Page: "Peter Culley was born in 1958 and grew up on RCAF bases in Ontario, Alberta, Saskatchewan, Scotland & finally Nanaimo, British Columbia, where he has (mostly) lived since 1972.  His poetry & writings on visual art have been appearing for three decades in a variety of venues." He was the author of, most recently, the poetry titles Hammertown (New Star Books, 2003), The Age of Briggs and Stratton (New Star Books, 2008) and Parkway (New Star Books, 2013). See my review of Parkway, in which I attempt to provide a larger context for his "Hammertown" project, here. The Capilano Review has already posted a small note on their website on his death.

Here is a link to a post on Culley's work by Paul Nelson (where the photo of Culley was taken), and another post by Lisa Robertson from 2001, posted at Lemonhound.


My thoughts are with Rod Smith, Carla Billitteri, Ben Friedlander, Lee Ann Brown, and all the other FB friends who, like Jennifer and I, are absorbing the news and mourning the loss of the incomparable Peter Culley.

Peter read in the UMaine New Writing Series in the fall of 2005 (with David Perry, and while his great friend since High School, Kevin Davies, was doing his MA here). Just a few summers ago, he returned for our 1980s conference, where he gave a talk about "leisure poetry" (his own take on the poetics of the right-to-laziness) and generally enlivened things with his penetrating, kind, and humorous commentary. I'll miss his presence here on FB—the amazing photographs, the impeccable tips on what to watch next on TCM. Sigh.