There is no nation but the imagination. Speculative poetry conjures a world that is invisible, a mirage, a false pond. Speculative poetry is the overnight Sims city, a city that is a composite of elsewhere, the city in drag. It imagines the boundless dream metropolis that stitches together factual history and fabulous ethnography. It creates the geopolitical imaginary, building worlds to critique world-building. It makes absurd vatic pronouncements as a means to indirectly apprehend the present. It is the present. The poem speaks in a paper language, a mélange of offshoots, with multiple entryways and exits through its high use of fleeting vernaculars. Its form is code-switching: code-switching between languages, between Englishes, between genres, between races, between bodies. speculative poetry is inspired by music that beat-boxes, that dubs, that samples. Its enemy is the drone. It has traded in the persona for the avatar. Its emotional range is not mono (not mono-sincere, not mono-ironic) but stereophonic and excessive. If for the Objectivist poet, one must look clearly at the world, what is the thing that is the image when we live in a constant state of “image flow”? Speculative poetry interrogates, lyricizes, and captures the dematerialized thing, our dematerializing world. Speculative poetry does not escape nor does it shape one reality, but captures the song of layered realities. (Cathy Park Hong) 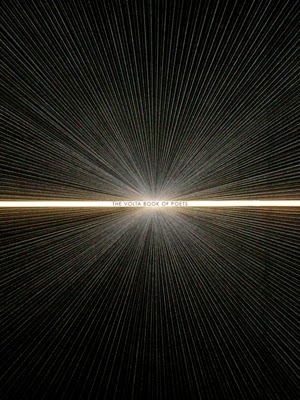 My goal in gathering poems for this anthology began as a relatively modest one: to cite a constellation of what is being written today by poets whose work I love. Anybody familiar with poetry is readily stunned by the sheer number of poets currently writing and publishing. But for those unfamiliar with poetry, finding a place to start can be intimidating to say the least. I work at a large public university, so I encounter the curious-yet-uninitiated by the dozens: who to read, where to begin, what websites and journals to follow—let alone what to value and why to value it—all become very tricky questions indeed. It’s hardly a failing of theirs, or ours, as educators; whether you think of it as glut or a golden age of poetry, t’s pretty cacophonous out there. Named for The Volta—an online journal and archive for poetry and poetics I continue to run—this anthology aims, in part, to embrace that cacophony and aid anyone looking to get acquainted with an unusual mix of poetry writing today.

In the pages that follow, you will find poets of disparate backgrounds and traditions working in contrasting styles, utilizing forms inassimilable as a group or school. Poetry in its dissimilar pleasures, methods, and weirdnesses. Poets whose writing disarms and bewilders me. Poems that expand what a poem can say or do. Poetry that “resists the intelligence / Almost successfully,” as Wallace Stevens famously said, or as Tomaž Šalamun put it somewhere, “poems that impassionate me.” And, in fact, some writers in this book blur the boundaries of what even gets called poetry.

The curious problem I encountered in curating this anthology was narrowing it down to just fifty poetry, which had sounded like plenty for a compact, teachable book that wouldn’t just become a doorstop. I still barely scratched the surface of what I believe should be read urgently. Consider this just some of the poets whose work I think anyone interested in poetry should get hooked on.

For Cole Swensen, reflecting on American Hybrid: A Norton Anthology of New Poetry, which she edited by David St. John, and responding elegantly to its myriad critics, “To ask an anthology to be inclusive of an entire moment in a culture as large and varied as that of the U.S. is, I think, unrealistic and unwise. For one, it’s an impossible task.” And Ron Silliman, discussing the latest edition of Postmodern American Poetry: A Norton Anthology, edited by Paul Hoover, takes this a little further: “It is no longer possible—not even plausible really—for the codex format to represent American or English language poetry in any depth whatsoever.”

My most recent book, Half of What They Carried Flew Away, is based on two major concerns. The first was to ask how one writes from both a narrative and anti-narrative structure simultaneously. How can one sustain a longer duration in writing without relying on narrative techniques like plot, character, or climax? What else might sustain and propel a narrative? The answer of this book was related to the idea of “residences.” These residences (in the book named: desire, water, emanation, weather, and territory) speak to the different ways language inhabits space or how people inhabit language. These habitations might be intimate, ghosted, alien, contradictory, etc.

As far as my writing practice goes, I don’t write every day. Sometimes I don’t write for months. What typically happens is I feel a silence, or maybe attention is a better word. I don’t write for months, but I feel something going on at the back of the silence/attention. I read and notice and probably begin to curate some ideas, build some questions, but I don’t know them and then one day I just do, and that’s when I begin writing again. So maybe that is to say that the idea or the question comes from a level of consciousness that is not immediately accessible via language. I wait for it to become accessible and in the meantime I try to nourish it. (Andrea Rexilius)

Part of what really makes the anthology exciting, especially for readers already familiar with a number of the poets included, is the fact that each individual section opens with a “poetic statement,” with pieces running the range from the lyric and the experimental to more formal critical prose. Given that each poet is allowed both poems and statement (which might even be the same, for some contributors), it makes the collection a fantastic introduction to contemporary American poetry, much in the same way my own Canadian anthology, side/lines: a new Canadian poetics (Insomniac Press), attempted over a decade ago. Really, one could say that both poems and statements are individually worth the price of admission alone.

Someone took my book out into the woods and shot it. The book is intimate with violence now in two ways: both as subject matter (violence is what it’s about), and as target. The book reaches the gun as its interlocutor. Or, now the book, with a hole right through the middle, needs to be written again.

As part of her statement, Brooklyn, New York poet Dorothea Lasky writes that “[…] poetry is always a human thing, in that it is always seeking the human voice among us.” Colorado poet Sommer Browning, in her statement, writes about composing poems as and with terrible jokes: “I hope my poems reflect the way I want to live in the world. I want them to maintain an irreverent reverence at all times, whether that is toward love, beauty, sex, or Being. For me, this is the most honest way I can write, with an askance look toward everything, but with arms ready to embrace it all; so one of my theoretical concerns about all art is that of authenticity, expressive rather than nominal.” In her statement, “RUINS, CAMERA, FLIGHT PATH,” Arizona poet Susan Briante writes:

In “The Book of the Dead,” Muriel Rukeyser famously explained: “Poetry can extend the document.” And in the opening stanzas of that poem as she described a photographer unpacking a camera, she also reminded readers that poetry can be the document. Over the course of that remarkable work, Rukeyser not only chronicles the Gauley Bridge Mining disaster but she contextualizes the event against national legacies of injustice and oppression. By the end, she asks her readers to “widen lens and see… new signals, processes.”

It is the work of a lifetime.