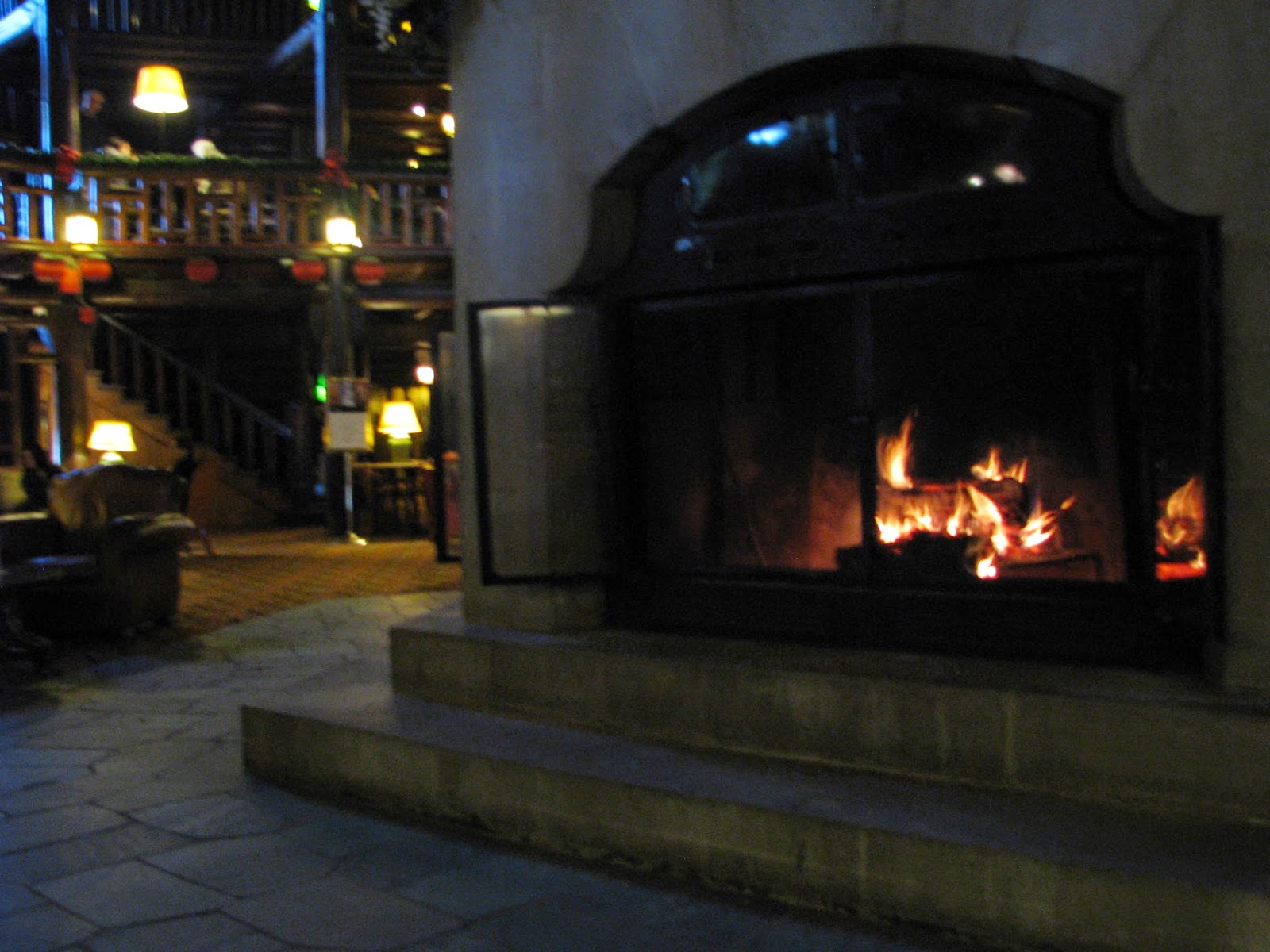 With Christine's father and his wife Teri, Christine's brother Michael and his wife Alexis (and baby Duncan), we did our second annual Montebello over the weekend, for McNair Christmassy-type celebrations [see last year's post on such]. At least, this year, I didn't have to worry about having to recharge the battery on our old car (since passed along to a cousin, given a two-door is tricky to navigate baby into/out of carseat). Given that Rose is a year old now, she was much more user-friendly during this trip, waving excitedly at anyone and everyone who passed by, and we gave her more than a couple of opportunities to walk and run (supervised) through the huge Montebello space. 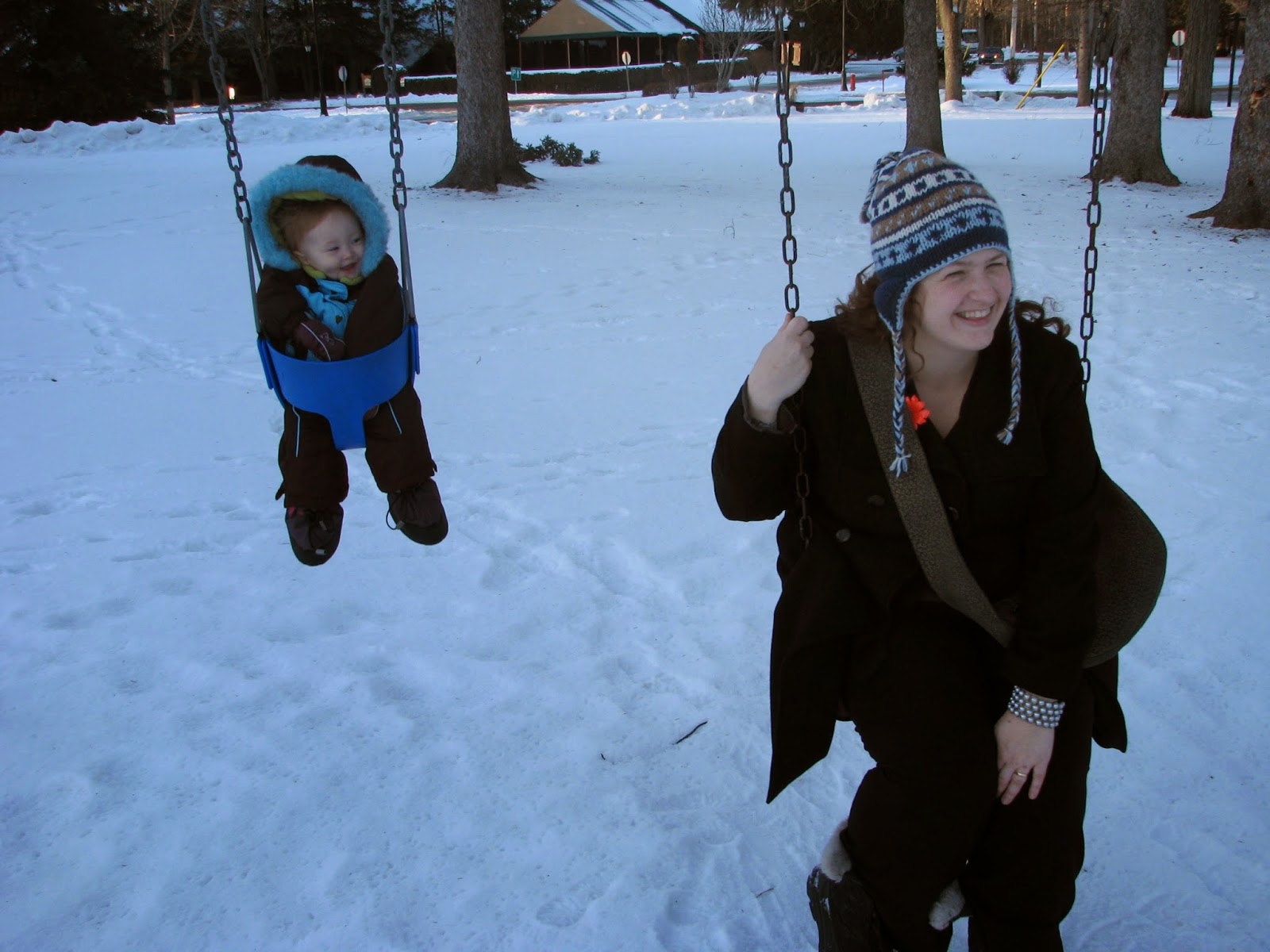 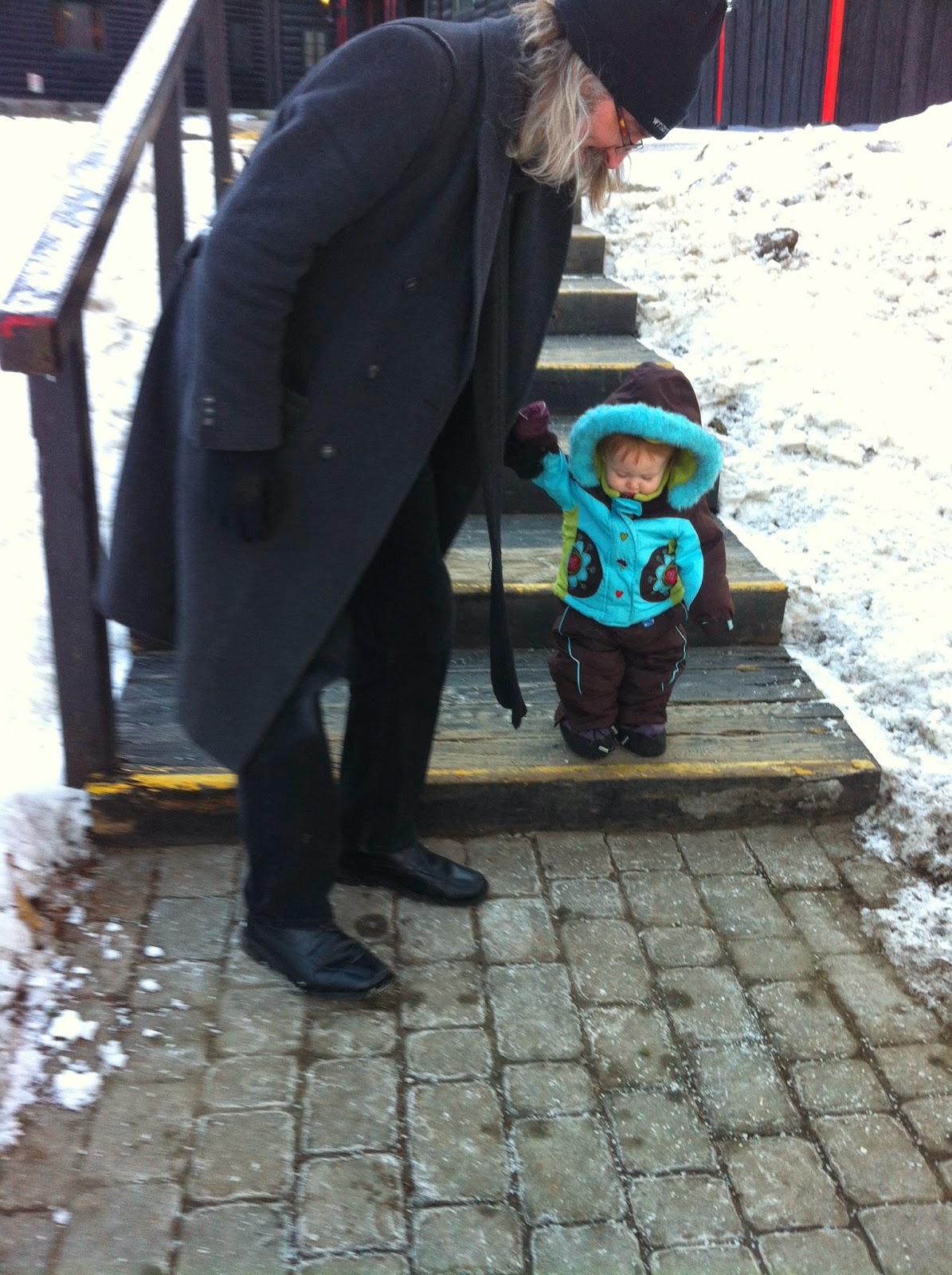 We drove out early on Saturday for the sake of outdoor winter-ings, but the warmer temperatures made the trails difficult, and we didn't think Rose would tolerate the rental sleds (we should have brought the sled she received for her birthday), so our walk outdoors was rather contained. It was even too warm for the sleigh rides! But we walked for a bit around the grounds, Rose enjoyed her time on the swings (she loves swings), and she saw a helicopter lift off from the other side of the massive hotel complex. 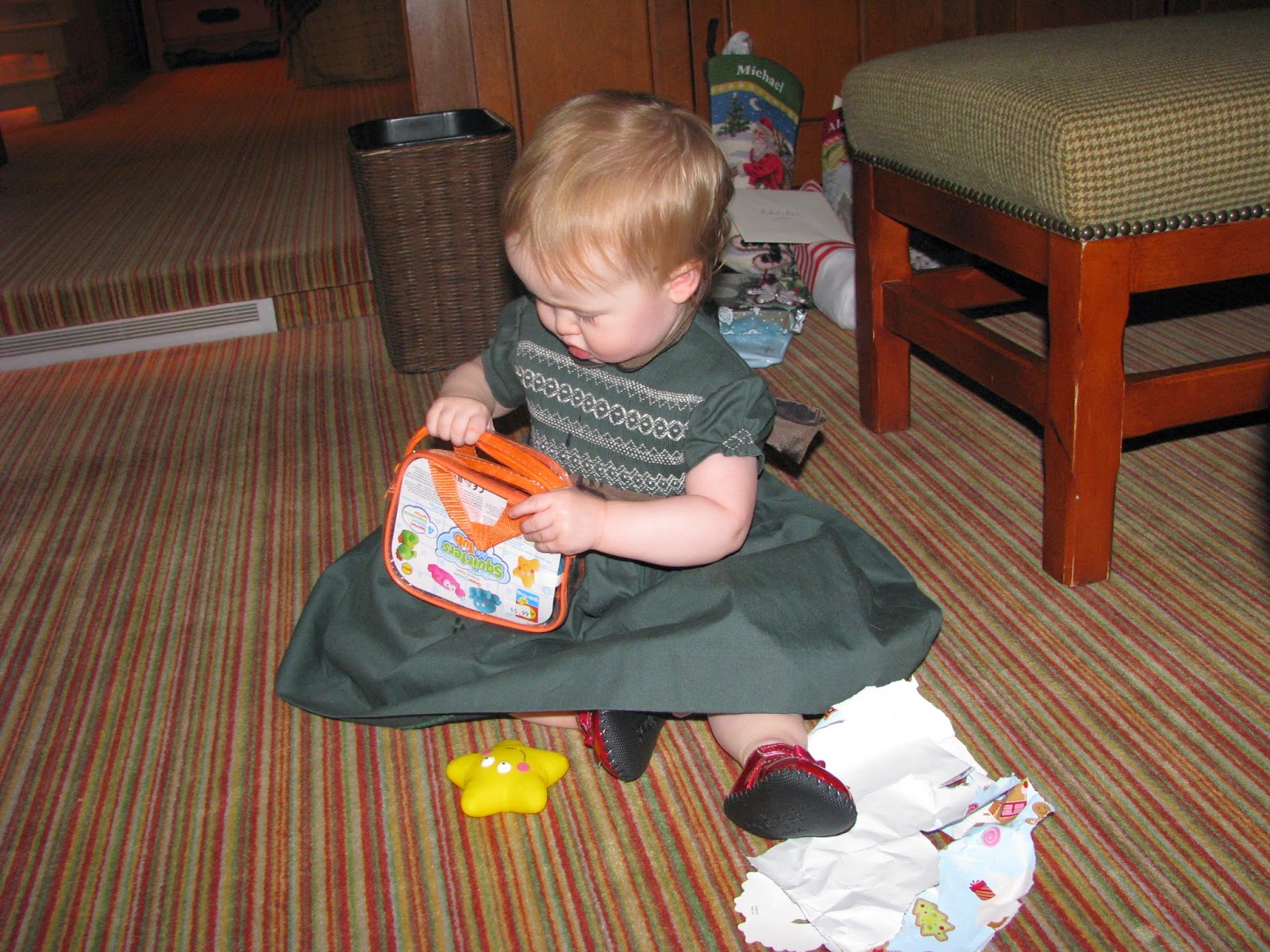 Christine attempted the swimming pool with Rose, but baby would have none of it, crying the whole time until I pulled her out to wrap up in towels (I didn't think anyone wanted to see screamy swimming photos, so haven't included them here). Once she was out of the pool, she was quite content to sit on the sidelines with me, pointing at all the other people flailing about in the eighty-plus degree water. Rose played with Teri, hugged her grandfather's leg, rifled through her aunt Alexis' presents, played with her uncle Michael, and very much enjoyed seeing her new-ish cousin Duncan (the second grandchild, after Rose, on the McNair side). At one point, she went to kiss his face, as Duncan attempted to latch onto her nose. 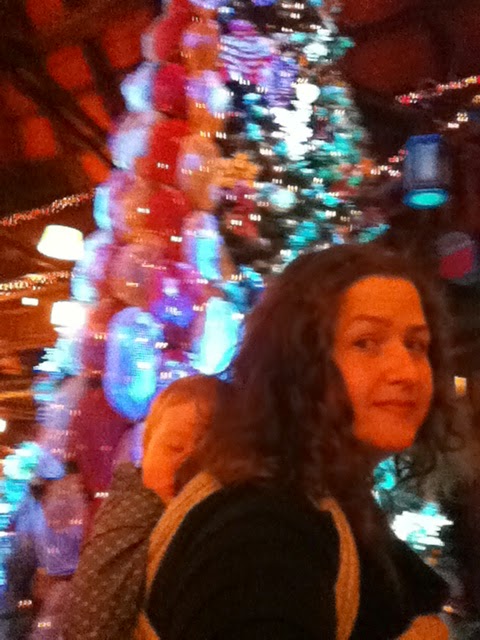 We had a lovely time, and Rose was extremely well-behaved during the entire trip, even when fidgety during parts of the meals (I simply walked a few minutes with her down some of the myriad hallways). She waved at everyone, and charmed just about everyone in the hotel (including the occasional person that seemed grumpy--how could anyone be grumpy while staying at Montebello?).  Before dinner on the Saturday, Christine even managed to get Rose out for a brief nap on her back, in one of the wraps (there was so much activity that she wanted to pay attention to, all the time, so I'm impressed she managed it).

And: by the time you are reading this, I'm in the midst of putting turkey in the oven, to host various of our small McLennan clan at our house, hosting father, sister etc and daughter Kate for our first non-farm Christmas. I've been baking!