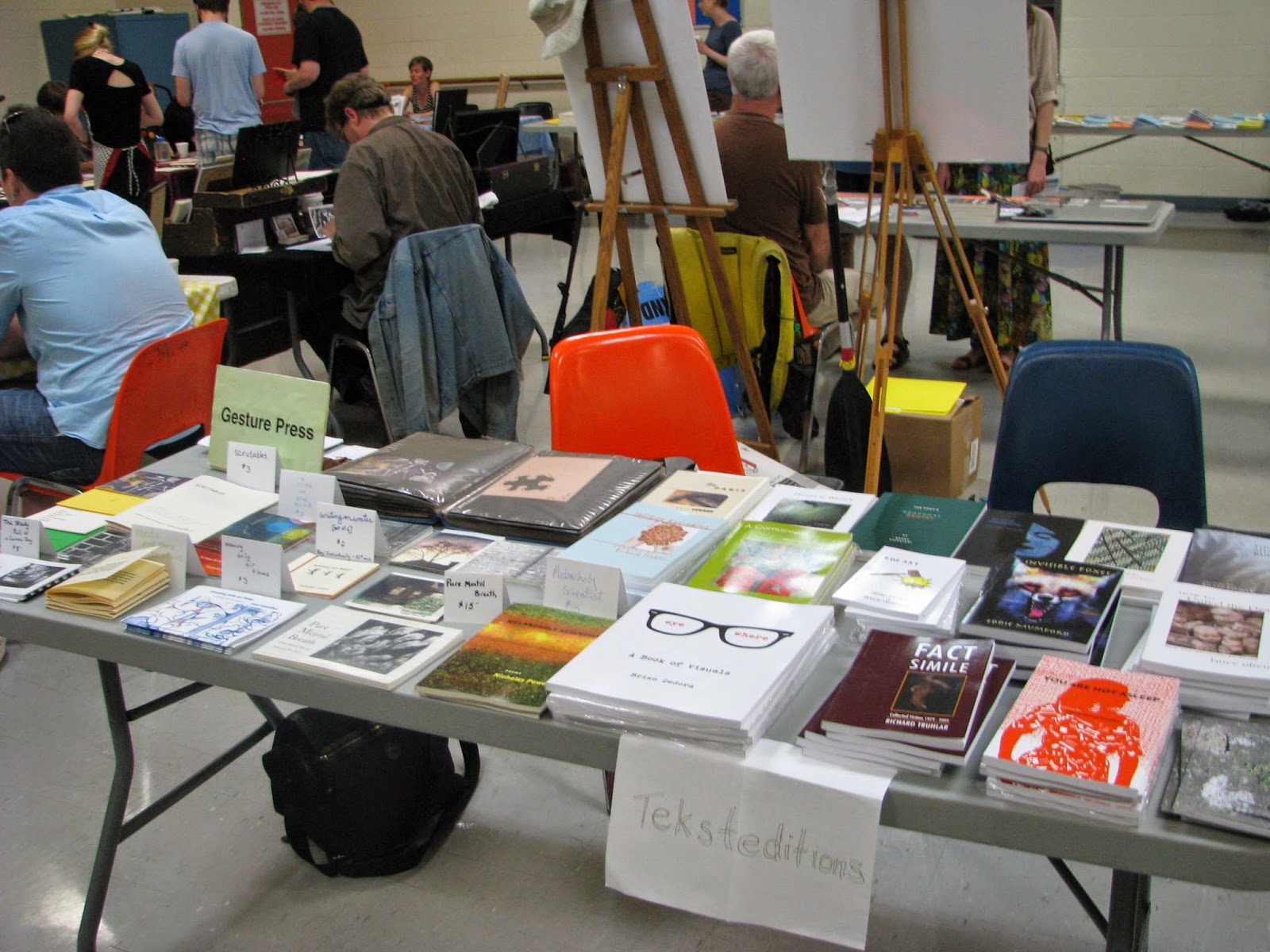 There was so much small press fair, it couldn’t all fit into the space of a single posting. See my previous post on the spring edition of the ottawa small press book fair here. Do you even recall what I wrote about some of the items from last fall? 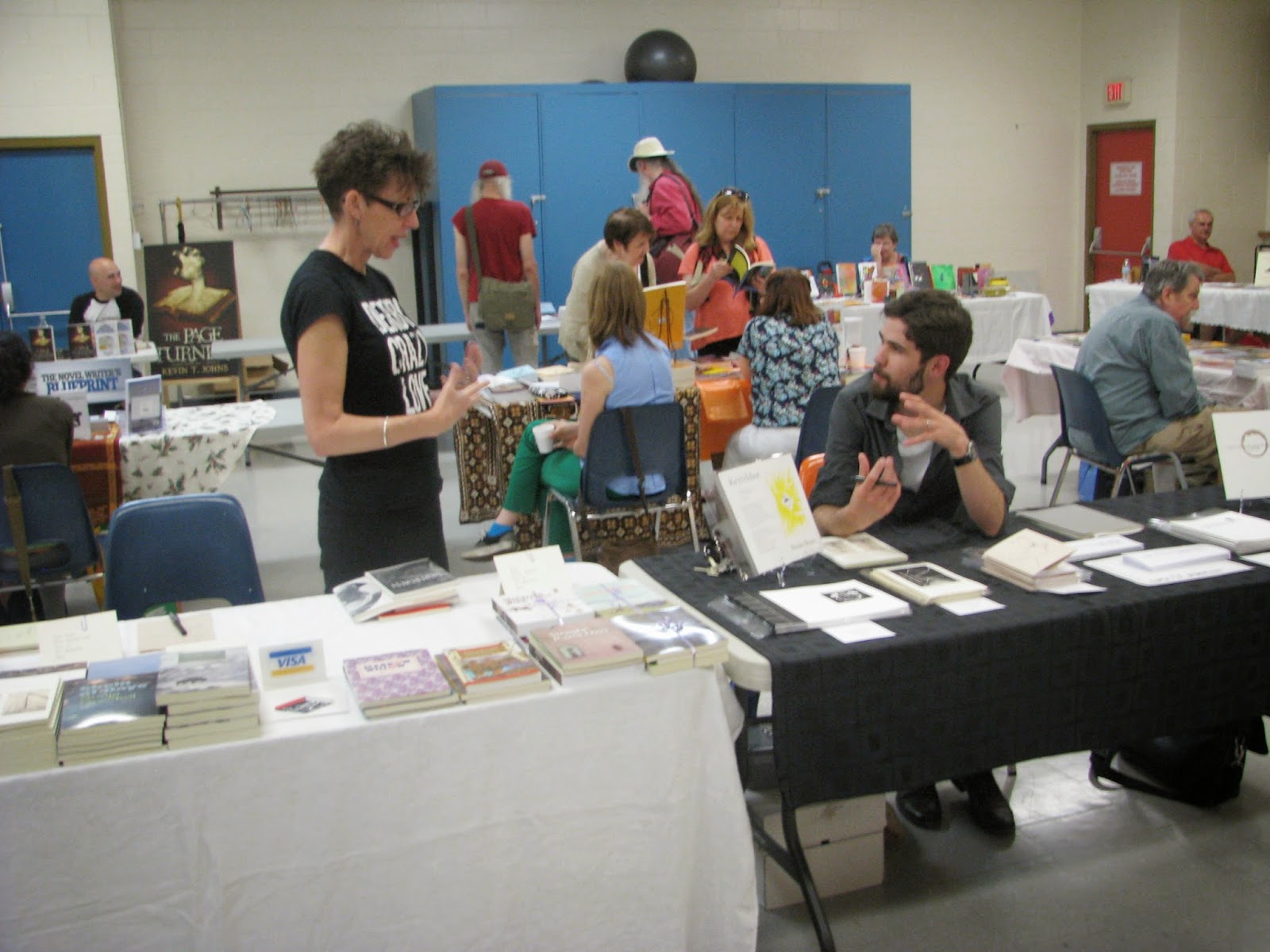 [Beth Follett, talking to her publisher Cameron Anstee] Ottawa ON: I’m intrigued by Beth Follet’s new chapbook with Cameron Anstee’s Apt. 9 Press, A Thinking Woman Sleeps With Monsters (2014). The publisher, editor and founder of Pedlar Press, she is the author of the novel Tell It Slant (Toronto ON: Coach House Books, 2001) and the poetry chapbook Bone Hinged (Toronto ON: espresso/paperplates, 2010). After the near-complete silence that followed the publication of her first novel, it is good to see what has been slowly emerging over the past few years, and one hopes that the appearance of a second chapbook over a half-decade can only suggest that there is possibly more to come, even if very occasionally. The chapbook’s subtitle is “Collage by Beth Follett,” and I would be interested to have a more detailed sense of the compositional process of her collection of predominantly prose poems, thick and layered and textured. Here is one of the shorter ones:

The divots have eyes that would shame a fox, eyes that glance at her as if she is maybe imagination. Poison or magic, she says, it is all entanglement: strike at the ground and things of air take flight. Repair and things aloft revitalize, rejuvenate.

Over the top of the garden wall she sees the city’s power lines. Sitting back on her heels, she pauses to listen you this and you that, they mutter.

No, she says, quietly, to the would-be kings.

Some of the pieces ride the boundary between prose poem and short fiction, bleeding back and forth throughout a collection that manages to be somehow both, and somehow far more interesting than any arbitrary boundary might allow. Where some pieces read as short lyrics, what become interesting are the prose pieces that read as collage, lines and phrases collaged together in a kind of breathless, heady rush, such as the piece “INACTIVITY, SILENCE, FASTING” that ends with: “Work begun: adamant command to / command, to stop something, new something, accomplish drink, calculate clocktime, white roofknocks, / wind against blue windows, trafficknocks, vent to name always name. Pleasure. Aversion. Command / stop number seven. Eight.” 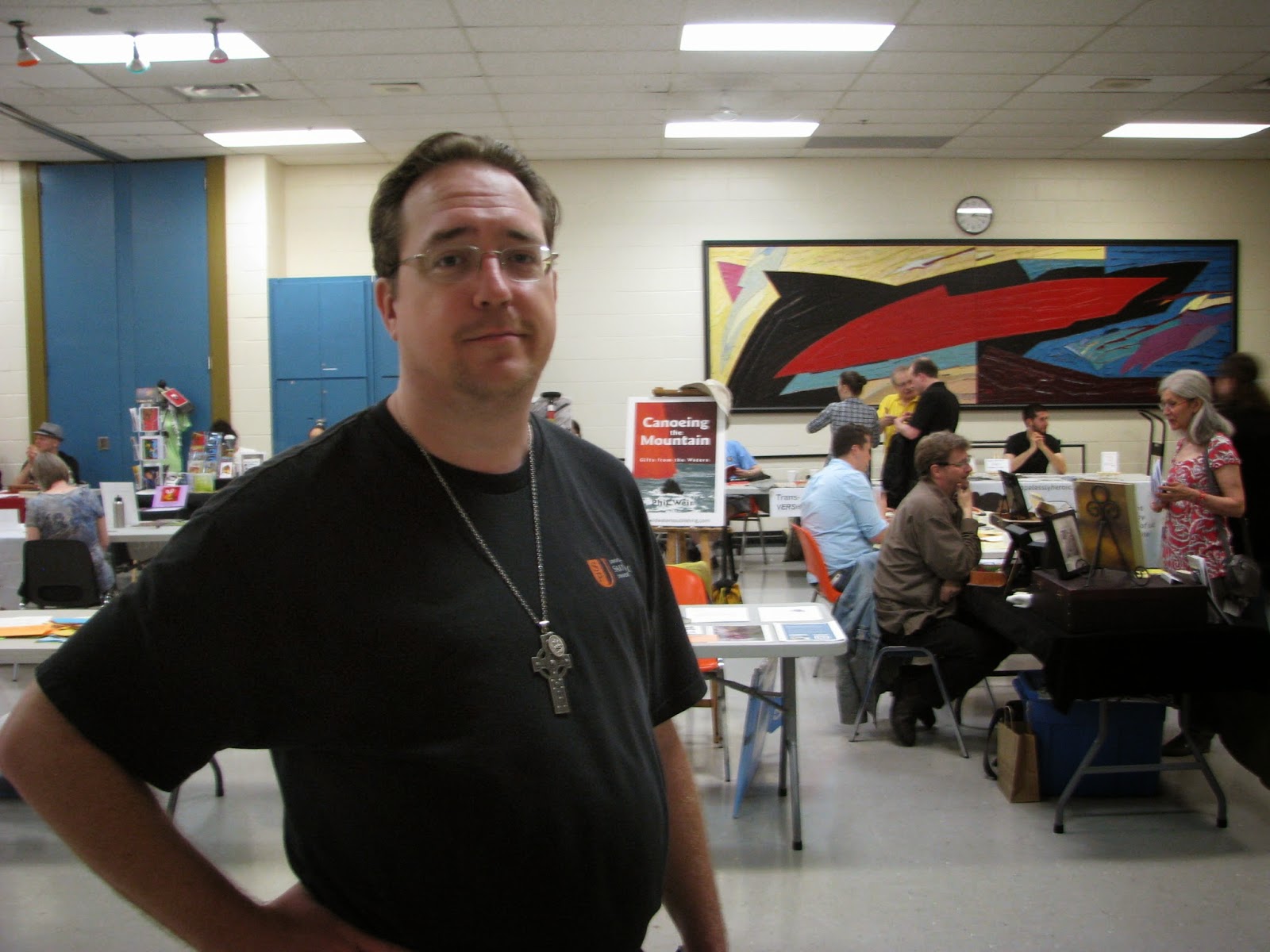 [Steve Zytveld] Kingston ON: One of my favourites of items picked up at this past small press fair has to be Michael e. Casteels’ full moon loon call (Puddles of Sky Press, 2013), a small suite of even smaller “typewriter” poems, reminiscent of the tiniest pieces by Nelson Ball, bpNichol, Mark Truscott or jwcurry. Over the past few years, Casteels has been doing some very interesting explorations into the small poem, from remarkably sharp prose pieces to visuals and poems such as these, remarkably small moments captured in the space of a single idea, and even a single word.

It would be impossible not to be charmed by these, and the design (including the moon itself, ending the short collection) manages to bring out the work in a delightful way, allowing it the space to breathe without seeming lost on a nearly-empty page.

I always look forward to seeing his chapbooks, and what he might end up playing with next.