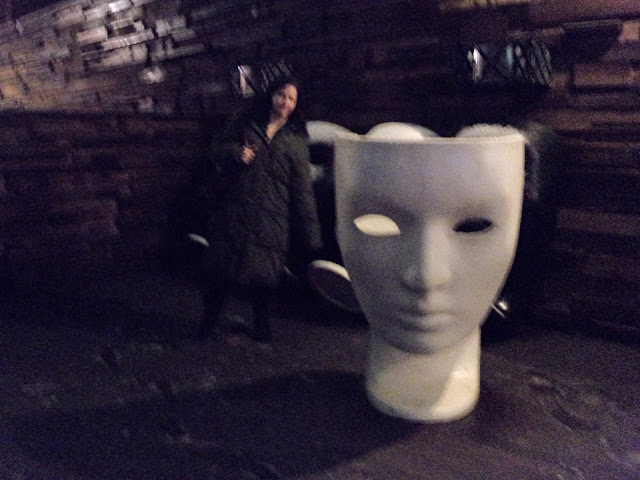 [Christine by giant mask in Distillery District] Today we head back to the Capital, in Toronto since Christmas Day visiting, various running around, and what-not. So much what-not. Will we even recognize Ottawa? Home had snow, Glengarry had snow, but Toronto took a few days, as we stayed with Christine's mother near Old Mill, Toronto. Today, there is snow.
My almost-mother-in-law. My soon-mother. What do I call her?
December 26, lunch on the Oakville/Mississauga boundary with some of Christine's friends. We talked about weddings and comic books, we talked about the kitten we are supposedly getting in January. We toured PetSmart to see what the options were, and staff acted as though we were there to save all their errant kittens. But this one has been here so long, they said. We're just looking, thanks. I'm having a harder time fending off the kitten we're supposedly getting. I think it happens once we return to our little apartment. Two weeks ago, she even bought kitten food.
Burlington, to visit her friend Kim, with baby Addison. I have to admit, I don't feel as though I've accomplished anything through all this Toronto-suburban driving, learning their vast suburban geographies. Did you know that, at least at the border, Mississauga and Oakville look pretty much the same? Both Mississauga girls, Christine and her friend Christine (I know) might claim otherwise... 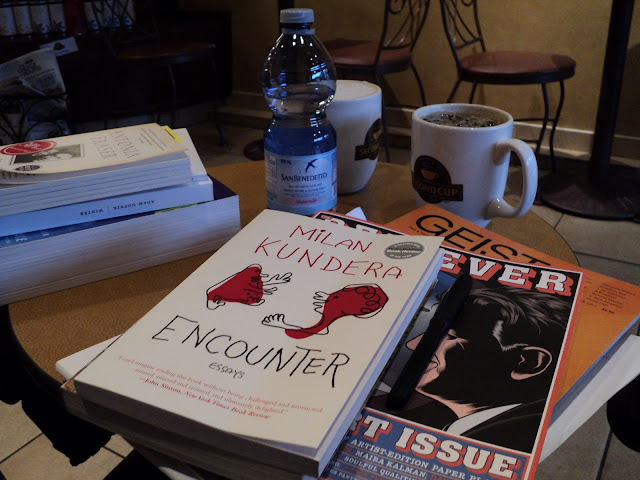 December 27, Christine and I sat a couple of hours at the Second Cup at Bloor Street West and Windermere with a stack of newly-acquired books, including her own collected Gertrude Stein, and I with a collection of essays by Milan Kundera. Both of us were even able to get some writing done, if you can imagine it. I sketched out the beginnings of a couple of short short stories, including one involving snow globes, another about sexy dreams. What else did we do? Dinner at the Mill Street Brew-Pub in the Distillery District with further of Christine's friends. She sure has a lot of friends. Extended conversation about weddings and comic book movies, Doctor Who episodes and what the hell they did to Torchwood. Didn't you think it was better when it was a series, as opposed to these random mini-series? Many pictures, including the pre-Mill Street image of Christine standing by a massive mask, somewhere on the Distillery grounds. We walked cobblestone older than 1812, older than so many other Canadian things we could even imagine. 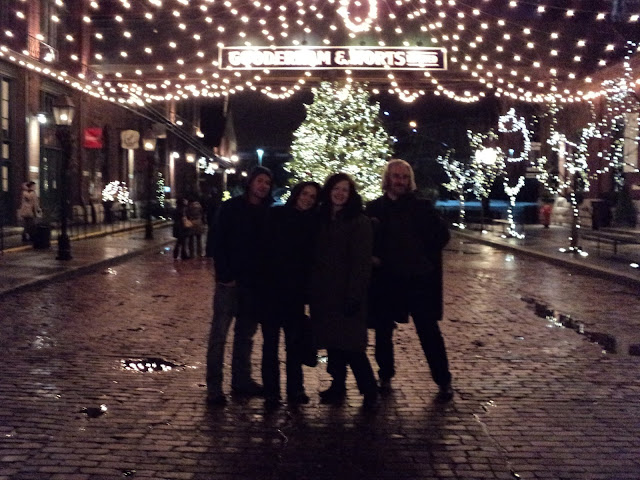 December 28, driving back downtown to Bloor West and Spadina for lunch, meeting up with Christine's friend Anne, from the East Coast. We ate vegetarian food in a restaurant across from Matt Cohen Park on Bloor Street West, in the area where he lived for parts of his adult life, and wrote some of his novels. I had vegetarian food shaped like meat; shouldn't that be considered strange? I complained, but only a little. 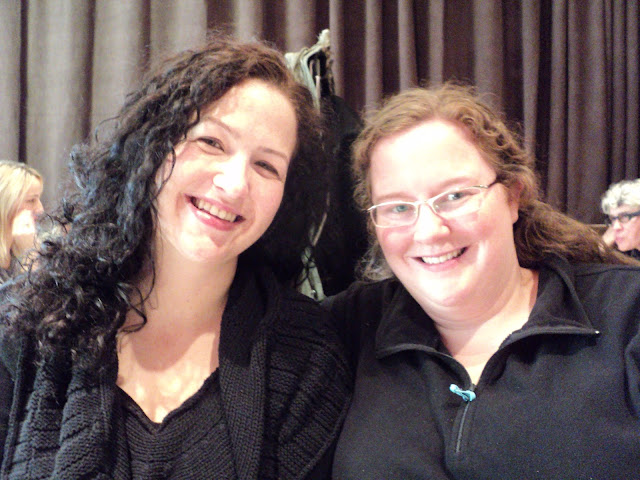 But where are all my friends? I attempted one, caught up with busy and Christmas and parents and stress, so that didn't work out. There is always never enough time in the day, etcetera. We played Scrabble with her mother, one of our Christmas gifts. Christine kept saying she was terrible at it, but then easily won.
And we were (finally) able to watch the new Doctor Who Christmas special; isn't it good that he finally realized he has a home to go to? Lovely. Every special so far ends up being my new favourite.
December 29, I ventured down to my favourite Toronto haunt, the Future Bakery on Bloor Street West to meet and meet up with poet Allison Grayhurst, to talk about her forthcoming above/ground press chapbook. She had a first trade book back in the 1990s, and then life interrupted sending work out, but not getting work done. She claims to have a number of completed manuscripts around their house. Driving over, I didn't get lost at all, and even honked at Nathaniel G. Moore around Bloor and Davenport. Dinner in the St. Catharines area with Christine's mother's uncle and aunt, we two driving down with her mother to Thorold. We talked about local War of 1812 sites, and the history of their magnificent house, which was built by a local lumber baron back in1870. Wonderful! I requested a tour, but they claimed some of the children's bedrooms weren't in the shape for such.
Looking forward to home, though not looking forward to the drive. Already scraped a layer of ice-snow from the car, and Christine thinks we're heading to Yorkdale Mall before the 401.
Looking forward to the three days of mail that is sitting for us. Money? A load of books, certainly. 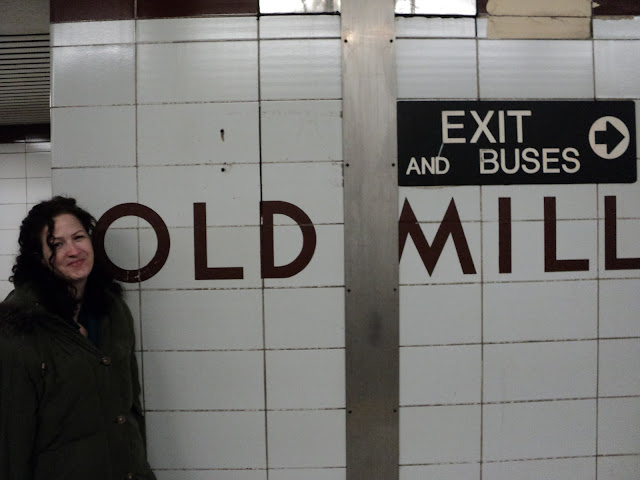