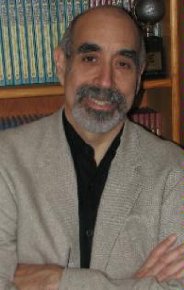 Born and raised in Brooklyn, New York, J. M. DeMatteis was a professional musician and rock music journalist before entering the comic book field. Although he’s written almost all of the major DC and Marvel icons—including memorable runs on Spider-Man and Justice League—DeMatteis’s greatest acclaim has come for his more personal work. The autobiographical Brooklyn Dreams was picked by the ALA as one of the Ten Best Graphic Novels and Booklist, in a starred review, called it “as graphically distinguished and creatively novelistic a graphic novel as has ever been...a classic of the form.” The groundbreaking Moonshadow was chosen (along with Brooklyn Dreams, the children’s fantasy, Abadazad, and other DeMatteis works) for inclusion in Gene Kanenberg, Jr’s 2008 book 500 Essential Graphic Novels, where it was hailed as one of the finest examples of the fantasy genre in comics. DeMatteis’s latest projects include the fantasy novel Imaginalis, published in July, 2010 by HarperCollins, and a variety of television and comic book projects. DeMatteis and his family live in upstate New York.

1 - How did your first book change your life? How does your most recent work compare to your previous? How does it feel different?
My first book wasn't a book, it was a comic book story in, of all things, a DC Comics anthology called Weird War Tales. (And, no, I'm not making that up.) How did it change my life? It got me in the door and made me a comic book professional. (A life-long dream.) And a professional writer. (Also a life-long dream.) And they paid me for it. Amazing!

2 - How did you come to fiction first, as opposed to, say, poetry or non-fiction?
Actually, I was a rock music journalist before I was ever paid for making up stories; but, as much as I enjoyed getting free records (remember those?) and seeing free concerts and seeing my overheated opinions in print, my heart wasn't in it.

I wanted to be the person creating the work, not the person being critiqued. So, once I was established in the comic book business, the reviewing went by the wayside. And thanks to comics I've been able to write books, television, film. It's been a wonderful ride.

3 - How long does it take to start any particular writing project? Does your writing initially come quickly, or is it a slow process? Do first drafts appear looking close to their final shape, or does your work come out of copious notes?
It really depends on the project. Sometimes the fastest, most spontaneous thing I write is the absolute best—if I attempt to rewrite and reshape it, I actually end up destroying it. Other times the first draft is an absolute disaster—I can hardly put a coherent sentence together—and it takes time to find the story I'm trying to tell.

I always have a either a beat sheet or an outline at the beginning of the process, but I've been doing this long enough to know that some—and sometimes most—of it is going to be discarded along the way.

4 - Where does fiction usually begin for you? Are you an author of short pieces that end up combining into a larger project, or are you working on a "book" from the very beginning?
I don't think in terms of books or screenplays or comics. I think in terms of good stories. Stories that excite me. That demand to be written. And then I follow the characters and the story itself to the form it requires. In the end, whether it's a book or a screenplay or a graphic novel, a story is a story is a story.

5 - Are public readings part of or counter to your creative process? Are you the sort of writer who enjoys doing readings?
I don't do them very often...so, when I am asked to do a reading, I appreciate and enjoy it.

6 - Do you have any theoretical concerns behind your writing? What kinds of questions are you trying to answer with your work? What do you even think the current questions are?
I think that, even when we're apparently writing about nothing, we're writing about everything. Everything we think, feel, believe, are passionate about, is there in our work. That said, I've always been especially focused on both the psychological and spiritual aspects of our lives (and, often, how one reflects the other). All our lives (it seems to me) are about a search for meaning, for purpose, for answers—and I've always tried to address that in my work.

7 – What do you see the current role of the writer being in larger culture? Does s/he even have one? What do you think the role of the writer should be?
I don't know what the role of The Writer is, but I know what the role of this writer is: I want to write stories that touch people's hearts, excite their imaginations, and, most of all, leave them with a feeling that, however difficult, however painful, life can sometimes be, it's really an extraordinary, miraculous—and genuinely sacred—thing to be a human on this planet. So-called "real" life is as much a fairy tale as the stories we read as kids. If we can only see it.

8 - Do you find the process of working with an outside editor difficult or essential (or both)?
Really depends on the editor. I've had editors who were absolute nightmares, who made the creative process harder by their presence, and editors who were brilliant and supportive and taught me things about my own work that I was unable to see for myself.

9 - What is the best piece of advice you've heard (not necessarily given to you directly)?
I'm not sure where I read it (I suspect it was an essay by Ray Bradbury—although I've never been able to track the quote down), but the essence was this: treat each story you're working on as if it's the only thing you'll ever write in your life. Pour all your thoughts, feelings, passions, ideas, obsessions—everything you are—into the work. Make each work your life's work.

That's how I remember it, anyway.

10 - How easy has it been for you to move between genres (fiction to graphic novels to monthly comics)? What do you see as the appeal?
I've found that the only way to stay sane over the years was to keep projects diverse. Even within the comic book world, I've done everything from psychological super-heroes to children's adventure stories to autobiography to metaphysical fantasy to comedy. I don't like to be stuck in any one place, in any one genre. As for switching from comics to fiction to animation to live-action TV/film work: again, it all comes down to Story. Jumping forms and genres is easy if the story is leading the way.

11 - What kind of writing routine do you tend to keep, or do you even have one? How does a typical day (for you) begin?
My day usually revolves around dropping my daughter off a school in the morning and picking her up in the afternoon. In between, I'm locked away in my office...but not necessarily working. I could be wasting time on the internet (or answering interview questions!). But once the story's got me, I'm off and running. So the answer is no, I'm not one of those guys who says, "I'm gong to write five pages every day." I may not write at all one day and write fifteen pages the next.

12 - When your writing gets stalled, where do you turn or return for (for lack of a better word) inspiration?
One thing I've learned over the years is that there's no such thing as writer's block. The times when I'm not writing are as important as the times I'm writing. Because that's when my unconscious is working on the story...and working hard. So I've learned to relax and allow the process its time and space.

I also find it's valuable to go off and do other creative things: for me that's music. Playing piano or guitar, singing, writing a song, keeps the creative energy going and flowing.

13 - What fragrance reminds you of home?
Indian food, cooking away on the stove.

14 - David W. McFadden once said that books come from books, but are there any other forms that influence your work, whether nature, music, science or visual art?
I had an insight some years ago that whatever task I take on, I do it as a musician. And I've seen, over the years, the link between music and writing, how one form informs the other. How, especially in comics, the flow of words and images reflect the flow of lyrics and melody. But, in the end, it's life itself that provides the source for all writing. And, for me, the inner aspects of life are most important, the spiritual journey. Of course that inner journey has to be reflected in our outer lives in order for it to have real value.

15 - What other writers or writings are important for your work, or simply your life outside of your work?
So many writers have touched/influenced me. Too many to mention. But, off the top of my head: Ray Bradbury, Rod Serling, Dostoyevsky, Charles Dickens, Kurt Vonnegut, J.D. Salinger, Stan Lee, Jack Kirby, Philip K. Dick...and on and on and on. From the world of music, the Beatles...and, especially, John Lennon. And my lifelong association with the spiritual master Meher Baba has informed and illuminated everything I've done.

16 - What would you like to do that you haven't yet done?
Direct a movie.

17 - If you could pick any other occupation to attempt, what would it be? Or, alternately, what do you think you would have ended up doing had you not been a writer?
If I hadn't been a writer, I suspect I would have continued playing music professionally. Although I suspect living the musician's life for any length of time might have killed me.

18 - What made you write, as opposed to doing something else?
What I've realized, over the years, is that I'm a storyteller. I can't help it. I can't stop it. Stories just keep appearing in my head. Even if I wasn't getting paid for it, I'd still be making up stories.

On another level, being a writer is the perfect life for me: I love working at home, locked away in a room, getting paid to play with my imaginary friends...and always being here for my family. I'm not made for office work or, as noted above, living the musician's life on the road. I'm a homebody and a dreamer, so, really, I've created a perfect life for myself.

19 - What was the last great book you read? What was the last great film?
I don't remember the last "great" book, but I certainly enjoyed Frank: The Voice by James Kaplan, a wonderful biography of Frank Sinatra. (Another of my musical heroes.) And I recently devoured all ten books in Roger Zelazny's Amber series. As for films, in 2010 I really enjoyed The Social Network, Toy Story 2, Inception and City Island. A few nights ago I watched an excellent little indie called It's Kind of a Funny Story. I think we'll have to come back in another decade to decide if any of them are "great."

20 - What are you currently working on?
A variety of TV, comics and film projects. I'm even working on a radio script for the National Audio Theater Festival. I'm also getting started on a new book that I'm very excited about. We'll see where it leads.

J.M. DeMatteis reads at the Ottawa International Writers Festival on May 3, 2011;

12 or 20 (second series) questions;
Posted by rob mclennan at 9:32 AM
Labels: 12 or 20 questions, J.M. DeMatteis, The Ottawa International Writers Festival

Mike Carey, the JM DeMatteis? I am amazed and delighted that you would choose to interview comic book writers. I wonder who else you will interview in that field.