12 or 20 questions: with Nicholas Ruddock

NICHOLAS RUDDOCK's [photo credit: Koko Bonaparte] writing has been published in The Dalhousie Review, The Antigonish Review, Fiddlehead, Prism International, Grain, sub-Terrain, Event, and Exile. His short story "How Eunice Got Her Baby" was published in the Journey Prize Anthology in 2007, and a short film adaptation, narrated by Gordon Pinsent, has been made by the Canadian Film Centre. Ruddock is a family physician. He lives in Guelph, Ontario.

My first book was a book of short stories (How Loveta Got Her Baby). It had been accepted for publication when my novel suddenly went into high gear. So I put the short stories away and opted to go first out into the world with the novel (The Parabolist, Doubleday Canada). There was no change in my life, just a step in a different direction. The novel differs in style and location, but it's much the same in theme. It's a bit more serious than the stories, but preserves the same sense of humour.

I have never written non-fiction. Reality seems to be off limits for me. I went from one-sentence short stories--published as poems-- to short fiction, then to the novel, the classical progression.

I start with one simple idea and let it loose. I have no plan. It is not a slow process; I stop if it's a struggle. First drafts can be altered, thrown away, deleted, cut-and-pasted, dragged several paragraphs further, or left entirely intact. I like to compile inventory, in the hope that the light of another day will prove that the spontaneous work hit the mark. I do not work from notes.

I have worked on my one book as a novel...as soon as I recognized it was not a short story.

I have always enjoyed public reading. I don't see how they could be counter to any other activity.

I have not consciously worked from any theoretical concerns. As far as I am aware, I am not trying to answer questions. If there are current questions, they have possibly been approached in dialogue between my characters.

Some writers serve as the conscience of their generation, others as entertainers, and there's everything in between. S/he should be provocative, not boring.

Not difficult. Essential and rewarding. 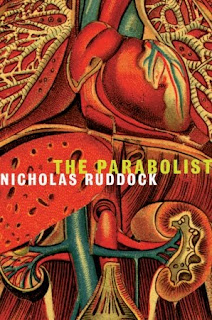 I haven't had much problem moving between genres, though that may just be inexperience. Short stories hit one precise target; novels blow holes out of the ground, and therein lies their different appeal.

I pick up a different character or point of view. If that doesn't do it, I go and do something else.

No fragrance. Maybe wool in winter.

I would have a hard time writing without weather, birds, clouds, rain. I have done my best to leave music out as a cultural reference, though I have failed once or twice in that regard. Science exists in my novel only as a backdrop or a curtain. Visual art is importamt, but has not played a role in anything I have written so far except in one short story which has been rejected coast-to-coast.

Non-Canadian: Nabokov, Celine, Sebald, Bolano, Vollman, David Mitchell, the Russians all, Mario Vargas Llosa; the list could go on and on as there are many.

Not a lot. Simple personal things, that's all.

I am a medical doctor and feel lucky to be so. Otherwise the usual Canadian list: hockey, Bingo caller, canoeist, tin-whistler, unsuccessful trapper.

I was driven to it by other books, the fictional worlds they created. I wanted to be able to do the same thing.

The next novel and, simultaneously, my short-story collection.