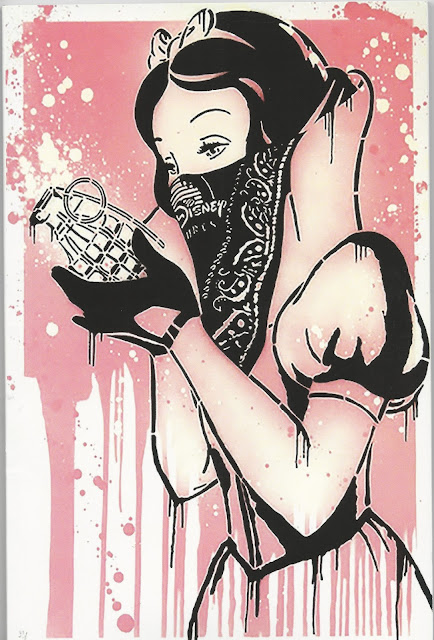 Matthew Firth was born and raised in Hamilton, Ontario and has lived in Ottawa since 2000. He is the author of four full-length short story collections, most recently Shag Carpet Action, published by Anvil Press. Some stories from these four collections were translated into French and published by 13E Note Editions in Paris in 2013 under the title Made in Canada. He has run the micro press Black Bile Press since 1993. From 1998-2017 he was co-editor of the literary magazine Front&Centre. He works by day for a national trade union.

Q: How did Front&Centre first start?

A: Front&Centre evolved or emerged from an older zine I published in the 90s: Black Cat 115. That was more of a scrambly, chaotic thing with poetry, fiction, rants, grocery lists, old weather reports, graffiti-style art, etc. Front&Centre represented a move toward something more distilled and focused: short fiction, author features, book reviews. But I tried to keep the same edge by publishing salty short fiction with an urban vibe. Logistically, F&C started about 1997-98. It was co-published in Hamilton and in Scotland. In March 1998 I moved to Scotland for a couple years, as my wife had a job in St Andrews. So the first few issues were a blend of writers from Canada and the United Kingdom, although there was a guy from Finland who somehow heard about us and was in the first issue. The first 5 issues were designed by Jason Copple in Hamilton, an old friend of mine. The mags were printed there too; he used to ship me a box while I was in the UK. In 2000, we moved back to Canada; Hamilton for a bit and then moved to Ottawa. Front&Centre followed me around.

Q: How was work gathered for each issue? Were you purely soliciting, or had you a call for submissions out anywhere?

A: Work was always gathered via call for submissions. I listed the mag in newsletters, mags, online, put posters up in bookstores, etc. We did not solicit submissions. It was an open process.

Q: Had the shift from a journal that included poetry to one that focused on fiction something that came from a shift in your own writing, or were they simultaneous? What do you think Black Cat 115 taught you about putting a magazine together that you were able to bring to Front&Centre?

A­: The shift to fiction-only was more just part of an overall notion to streamline Front&Centre, compared to Black Cat 115. BC115 was more this “anything goes” sort of zine. F&C tried to put more order to the chaos. And part of that was its preference (more than preference, really – mandate, more like) to only have salty, urban (mostly), realistic fiction in the Carver/Bukowski/Selby et al tradition. Nothing obscure, contrived or flowery. Tell readers a story and don’t fuck around doing it, sort of approach. Yeah, that does reflect a bias, as that’s the sort of fiction I wrote and preferred to read. We (Jason, Leona and I at the start, and later Harold Hoefle and then Bill Brown for many years) all preferred the immediacy of fiction. Well, one thing BC115 taught me – and this was reinforced over the many years of doing F&C – was not to get too excited about the whole thing. By that I mean: keep expectations in check. And do the thing on our own damned terms. So, we didn’t sell advertising, didn’t search out grants or any form of financial support, didn’t set firm publishing schedules, etc. We took a more organic approach: the fucking thing will be read by those few dedicated souls who really want to read it and we will publish it when we have enough decent work to comprise an issue, simple as that. And no ass kissing, asking for this or that writer to send stuff. The only time we asked someone if they’d be in the mag was for the author features, which were interview based, so obviously you have to ask writer X if he/she would speak with us. The reviews were all small and micro press books, 95 per cent of it fiction. We knew we weren’t going to get rich, famous; that no one was quitting their day job; that this would be a labour of love, a passion toiled on when the time was right around the regular rigours of our day-to-day lives (jobs, kids, commitments, etc.). So, we made a concerted effort to have no illusions about the enterprise. Some writers/readers loved it and supported us for years. Others surely gave nary a shit about us. I always appreciated the support and interest from someone I’d never met in Calgary, Kamloops, Stoney Creek, or Omaha. I didn’t lose sleep over the billions of people who never heard of Front&Centre or the few snobby writers who likely turned their noses up at what we did. In the end – and it is the end now – the only thing that mattered was that a few dozen writers were heartened by having their fiction published by us and a few dozen more readers were perhaps gleeful momentarily to read what we deemed to be good shit. End of story.

Q: How were issues distributed? How did you get copies out into the world?

A: The usual, old-fashioned way: in the mail, handled and delivered by unionized workers. Way back, we sold a few on consignment at bookstores that would have us, but that’s never very effective. Word of mouth. Online listings. Reviews here and there. Black Bile Press website, etc. There was a loyal but small bunch of subscribers. I offered to buy them each a beer now that the thing has gone under but, so far, no one has shown up at my door.

Q: What was the response to the journal? Were there any surprises? 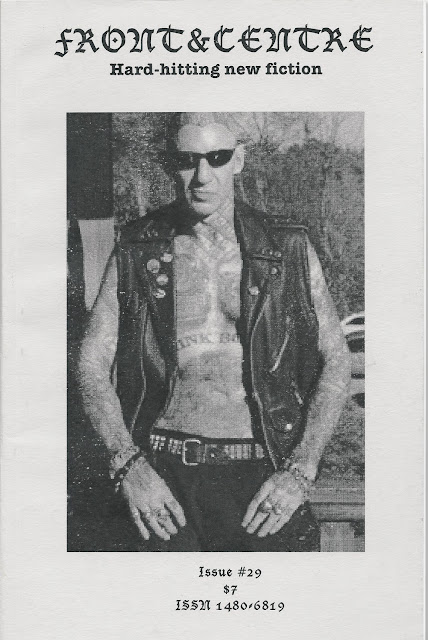 A: I guess it’s best to say the response “met expectations,” recalling what I wrote earlier. There was a time, way back, when I was doing BC115 where I expected more: submissions and orders to jam my mailbox every day. I gradually tempered by expectations and realized that F&C was a niche thing, a bit cultish. Those who loved it, loved it a lot. Those who were indifferent or underwhelmed or pissed off that they were rejected – we never heard from again. But there were enough repeat offenders and enough occasional surprises (a beauty story that dropped out of the blue from a completely unknown writer in Moose Jaw or whatever) to sustain our faith in the endeavour. It did garner respect and praise from some parties, which was gratifying. And whenever someone said something nice and sent a $12 cheque; that perks you up at the end of a work day. But it was never going to last forever, I suppose. And my interests and commitments began to change, so things literary were pushed to the back burner.

Q: Part of my question about surprises was in terms of authors who you might not have known about, had it not been for the journal. What authors did Front&Centre introduce you to? Who were the authors submitting that startled your sense of prose, if at all?

A: I did not know the work of the vast majority of the writers who were published in Front&Centre. I’d say, 90 per cent were unknown to me until I tore open their envelopes and read their stuff. There were a few carry overs from BC115 and my days on the zine scene early on but that dissipated quickly. Honestly, right through to the final issue I was mostly publishing writers I’d never heard of before and not by design, that’s just the way it went. Plus I was never one to read university journals or too many other mags at all; never had the inclination or time for it – so I had (and have) no idea who the up-and-comers were/are or whatever.

Writers who startled me via F&C:

Q: What kind of print runs were you doing for the journal?

A: Varied depending on our level of optimism. But generally highs around 200-250. Then steady around 100 the last ten years or so when all copies went to subscribers and contributors.

Q: I’m curious as to if and how your own writing might have been affected through editing Front&Centre. Did the journal cause any shifts in the ways in which you approached short fiction?

A: No, I honestly don’t think editing Front&Centre had much impact on my own writing. Like most things in my life, I sorta compartmentalized/separated the two. There was time for editing the mag and reading submissions and then other times for writing. Now, there are similarities between what I wrote and what I published but I also didn’t want F&C to be this circle jerk type of thing where there was no nuance, no variety. So we (me and other editors) looked for and appreciated writing that came at us from different angles, while having a certain saltiness to it.

Q: You managed to keep Front&Centre afloat for an impressively long time, especially for a journal without distribution, marketing or funding. What was behind the decision to stop?

A: The thrill was gone. After nearly 20 years, it started to become too much like work and not the gratifying/job-well-done type of work. More like having to grind it out. And my life got in the way. I have other commitments and passions that usurped Front&Centre’s place in my daily life. Hitting issue #30 seemed like the perfect place to pull the bus over and tell everyone to get out; the ride was over. You do also start to get a bit cynical after a while. I did start to wonder why I kept at it all those issues, publishing literally hundreds of stories, while losing money, losing sleep, losing time. But basically the spark went out so we snuffed it. 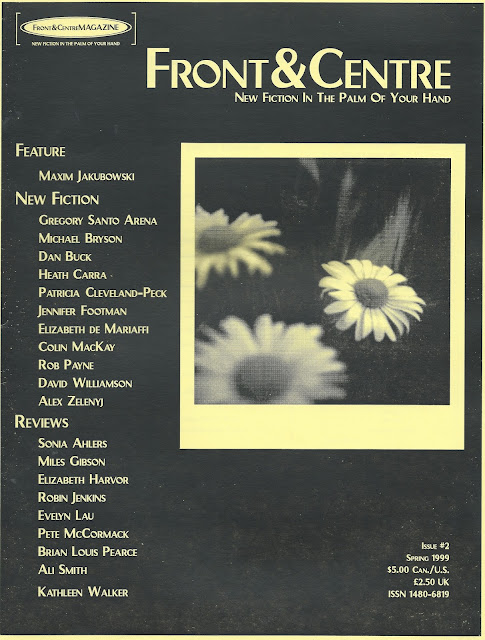 #23 (2010) Editors: Matthew Firth, Bill Brown
Fiction: Corrine Wasilewski “Five”; Elaine McCluskey “A Great Nation”; Kathy Meagher “I want to me a man like Raymond Carver”; Dave Newman “This has to be better than that”; J.R. Helton “The Good Stuff”
Reviews written by: Matthew Firth, Lisa Foley
Photography by: Bill Brown