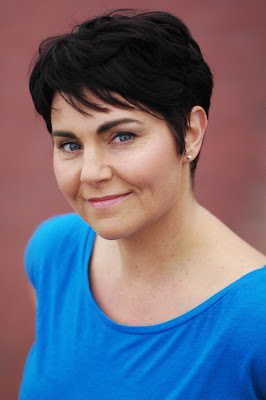 Julie Paul has published two collections of short stories, The Jealousy Bone (Emdash, 2008), and The Pull of the Moon (Brindle & Glass, 2014—listed on The Globe and Mail’s Top 100 of 2014). Stories, poems and essays have appeared in many literary journals, including The Dalhousie Review, The Fiddlehead, Event, PRISM International, Grain and Canadian Literature. Julie has taught creative writing for beginners through Camosun College’s Continuing Ed department for many years, was part of the Malahat Fiction Editorial board for two years, and spent two years as one of the artistic directors of The Victoria Writers Festival. She lives in Victoria, BC and at www.juliepaul.ca.

1 - How did your first book change your life? How does your most recent work compare to your previous? How does it feel different?
I’ve published two books of short stories, and a bunch of poems in lit mags and anthologies, plus a few CNF pieces here and there. My first book was a real confirmation, a physical thing that made the passion tangible. My second book is further confirmation, and it’s reaching a wider audience because it’s with a bigger small press, and available as an e-book, too… so that feels different, and rather good. And even though six years separate their pub. dates, both are filled with character-driven stories about people struggling with change.

2 - How did you come to poetry first, as opposed to, say, fiction or non-fiction?
Although my two published books are collections of stories, I actually did begin writing with poetry, as a kid. The first time I even thought of writing as something I might want to do was when I won the Royal Canadian Legion’s Remembrance Day poetry contest. I was twelve, and my poem made someone cry.

I think a big influence on my creativity was pop music, when I was a teenager. I wrote lyrics from U2 and The Smiths on my pull-down blind, alongside Shakespeare and Roethke. But I also had a copy of 20th Century Poetics (2nd edition, I think), that belonged to my late uncle John, from his Queen’s University days, and a modern Can Lit course in high school that introduced me to poets such as Joy Kogawa, Tom Wayman, Margaret Atwood and so on.

3 - How long does it take to start any particular writing project? Does your writing initially come quickly, or is it a slow process? Do first drafts appear looking close to their final shape, or does your work come out of copious notes?
It does depend on the project, but most of my stories come quite quickly. Occasionally they come out close to the final draft, but more often, I whittle. I’ve written a novel too, and that needed notes, and charts on the wall. I don’t plan stories, though, not in their first drafts. I let the story come and then I go back in and shape. As for poems, I let the first drafts come quickly, all at once if possible.

4 - Where does a poem or work of fiction usually begin for you? Are you an author of short pieces that end up combining into a larger project, or are you working on a "book" from the very beginning?
With my story collections, I did not begin by saying, oh, now I’m writing a book of stories about jealousy or the sway of the moon. I wrote a bunch of stories and then said, oh, maybe I have enough for a collection. I tried writing a story about jealousy, once I realized that theme was running through a lot of stories for my first collection, and wow, what a disaster. I’m attempting to write some poems about a certain subject now, so we’ll see if that works or not.

5 - Are public readings part of or counter to your creative process? Are you the sort of writer who enjoys doing readings?
I do enjoy readings; they’re a chance to connect with people in a way that’s different from on the page, and they help to build community, which is a good thing to me. The Leo in me doesn’t mind a little spotlight from time to time, although the rest of me loves a quiet house with a notebook, pen and latte for company.

6 - Do you have any theoretical concerns behind your writing? What kinds of questions are you trying to answer with your work? What do you even think the current questions are?
No, no concerns, on a conscious level. I wait and see what my work says about my inner me… my stories and poems can be like postcards from my deeper self. Or not. They can also just be me, playing around. But in general I tend to return to questions around human nature: I like to explore our behaviour and quirks, and sometimes I ask questions in my work but don’t provide the answers.

8 - Do you find the process of working with an outside editor difficult or essential (or both)?
Editors of all types are important; the women in my critique group have helped me out so much, esp. helping me to get the prose the heck out of my poems (except in prose poems—they’re good with those). I’ve worked with some amazing mentors and editors, and their suggestions have really been pivotal. If you can excise some of your ego attachment from the work, then the process generally goes more smoothly. So, difficult, sometimes, and essential, yes. And I get my husband to read all my work—he tells it like it is, for which I am very grateful.

9 - What is the best piece of advice you've heard (not necessarily given to you directly)?
My parents have always been supportive of my writing, and also rather grounded in the realities of living in the real world, too (parenting four kids, for example). My father—a bass player—encouraged me to write, and also find to work that supports that art. It was great advice, and I became a registered massage therapist, writing all the while.

10 - How easy has it been for you to move between genres (poetry to fiction to non-fiction)? What do you see as the appeal?
I’m a nomad and a neophile at heart, so having the liberty to move from fiction to poetry to CNF is really quite important for me. Easy, I’m not so sure. Going from stories to a novel was a challenging leap, and, well, the novel isn’t published yet…

11 - What kind of writing routine do you tend to keep, or do you even have one? How does a typical day (for you) begin?
I do try to write every day; one thing that helps this immensely is something I do with a couple of other writers that we call “writamins.” We email a word every day, taking turns, and then we all write using that word and then email what we’ve written back to each other. It’s all about accountability, not critiquing, and the new word is a place to jump in. I have two dedicated writing days a week now, so those are spent immersed in words—reading, writing, editing. If the house is empty, that’s where I am. If not, I go to a coffee shop with my notebook. I write all first drafts by hand.

12 - When your writing gets stalled, where do you turn or return for (for lack of a better word) inspiration?
Reading poetry always gets me going; Sharon Olds, in particular. For some reason her confessions spur me into doing some confessing of my own, whether in a real or fictional way. I think it’s her tone that does it. Also, walking. I think there’s a natural resistance inherent in the writing process; battling, when there’s time, against the idea of doing something more tangible, productive, etc. A walk breaks that resistance down, or maybe it’s the wind… in any case, when the muscles move, the mind often follows.

14 - David W. McFadden once said that books come from books, but are there any other forms that influence your work, whether nature, music, science or visual art?
I’d say that books are first on my list, too, but photography often influences me, too, both taking photos and looking at others’ work, esp. archival photos. And I try to take at least one little writing retreat a year, away from the city, usually on the ocean, so yes to nature, too. And if people can be considered art forms, which they are, to me, then there’s another big influence. Others: being a mother. Being in the world.

15 - What other writers or writings are important for your work, or simply your life outside of your work?
As for other writers, the women in my two writing groups are very important; we’ve been meeting for many years, and in one, we write together, while the other is all about helpful critique and often prosecco. Everything I read is important, too, whether I realize it at the time or not. But a list? Alice Munro. George Saunders. Tony Hoagland. Lorrie Moore. Sharon Olds.

16 - What would you like to do that you haven't yet done?
I’ve travelled some, but I want to do much more, and live in other countries if possible. I love immersing myself in new cultures.

17 - If you could pick any other occupation to attempt, what would it be? Or, alternately, what do you think you would have ended up doing had you not been a writer?
I do have another occupation, as a massage therapist. This career has allowed me to be a writer, too, without as much pressure on making money from my art. In other words, it’s been my key to freedom.

18 - What made you write, as opposed to doing something else?
As a child, I was a lover of spelling bees and also a voracious reader. I think I just love words and what one is able to do with them.

Film: I’m no film buff, but maybe Whiplash for its intensity, a portrayal of both passion and self-absorption.

20 - What are you currently working on?
I’m writing poems towards a collection, many of them about the village I grew up in, Lanark Village, in Eastern ON. Most deal with the construct of “home” in general and how we find it (or try to) in various ways/places. Also, more stories. Always, the stories seem to come. I’m glad of that.