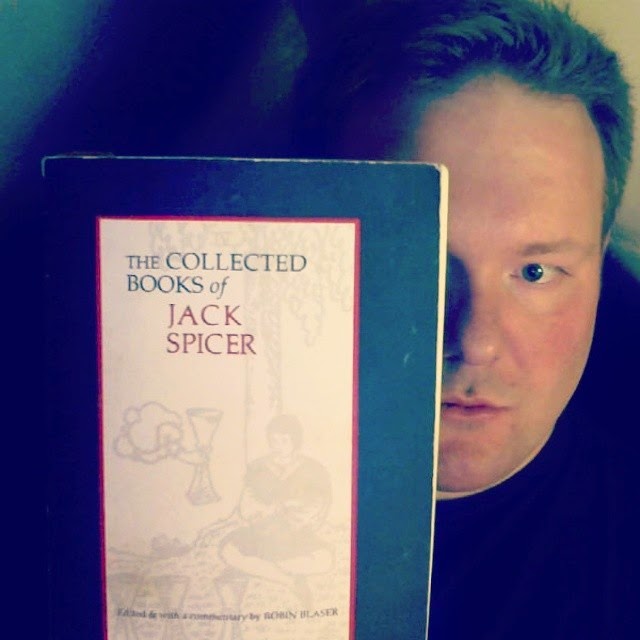 His work has also appeared in various journals and magazines, including the Nation, American Poet: The Journal of the Academy of American Poets, Verse, Western Humanities Review, Quarterly West; and in the anthologies Visiting Dr. Williams: Poems Inspired by the Life and Work of William Carlos Williams (University of Iowa Press, 2011), Haiku in English: The First Hundred Years (W.W. Norton & Company, 2013) and Please Excuse This Poem: 100 New Poems for the Next Generation (Viking Penguin, 2015).

He lives in the Pioneer Valley of Massachusetts.

1 - How did your first book change your life? How does your most recent work compare to your previous? How does it feel different?
My first book, Areas of Fog, was more or less a collection of all of my chapbooks up to that point, with the exception of one (Eureka Slough). Once the book came out I felt like a space was cleared — I felt free to get to work on other things — so it changed my life in that respect. With all of those out of print and often very delicate chapbooks reprinted in a single volume, I was able to really look at what I had done. The book provided a beginning.

2 - How did you come to poetry first, as opposed to, say, fiction or non-fiction?
I found poetry — poetry found me — when I was very young. I was drawn to how it charged language so far beyond ordinary usage. My miserable life at home and the abuse of language that surrounded me was outshined by the discovery of poetry. And I feel very lucky to be able to continue to discover it over 20 years later.

3 - How long does it take to start any particular writing project? Does your writing initially come quickly, or is it a slow process? Do first drafts appear looking close to their final shape, or does your work come out of copious notes?
Most of the poems gestate in notebooks (the paper kind) and then I type up those drafts. Once they’re on the screen I’m able to get a better grip on what the poem is doing, or not doing, and proceed from there.

Some poems take five minutes, some take five months. Some take years. I have a habit of not discarding anything I work on; I’ll revise a poem into oblivion before throwing it in the trash.

4 - Where does a poem usually begin for you? Are you an author of short pieces that end up combining into a larger project, or are you working on a "book" from the very beginning?
Sometimes it begins with a word, a phrase, an entire line that appears seemingly out of nowhere; and other times it’s just a feeling, speechless, some undercurrent, an internal rhythm that wants to find language.

I work on one thing at a time, whether it’s part of a sequence or a discrete poem. The idea of collecting work into a book is an afterthought.

5 - Are public readings part of or counter to your creative process? Are you the sort of writer who enjoys doing readings?
I gave my first reading in five years last November at Flying Object, the poetry nucleus here in the Valley, and despite my nerves I found that hearing my own work come back to me in that way — alone with my own voice in a shared silence — was useful.

I plan on doing a few readings in the fall when To Keep Time is out.

Poetry reimagines language beyond the toxic parameters of commerce and, generally speaking, death. And that isn’t a definition — it’s an observation, an on-going field experiment, that has proved itself valid to me.

8 - Do you find the process of working with an outside editor difficult or essential (or both)?
I’ve been lucky to not have any difficult experiences with editors. Working with Rusty Morrison of Omnidawn was pretty much seamless. Her editorial suggestions brought To Keep Time to a sharper pitch. She has an amazing ear and eye, and I trusted it.

Joshua Beckman at Wave Books has also been a dream to work with. His keen sensibilities helped bring several poems in Illocality (forthcoming in the fall of this year) back to life.

9 - What is the best piece of advice you've heard (not necessarily given to you directly)?
“Don’t lay that helpless trip on me,” Allen Ginsberg in a letter to me, when I was fifteen years old.

10 - What kind of writing routine do you tend to keep, or do you even have one? How does a typical day (for you) begin?
I never leave home without a notebook and a few pens. That’s been my routine for the last 15+ years. And I’m always hauling around a few books — reading and writing are intertwined — and there are books everywhere in my hovel: on the desk, by the bed, in the bathroom.

11 - When your writing gets stalled, where do you turn or return for (for lack of a better word) inspiration?
A long walk almost always works, followed by reading books that never fail to turn me on: Pam Rehm’s The Larger Nature, John Ashbery’s Three Poems, Lorine Niedecker’s Collected Works, William Bronk’s Life Supports, Rae Armantrout’s Money Shot, Ben Lerner’s Mean Free Path, Joshua Beckman’s The Inside of an Apple — that’s what I currently have on deck to wake me up.

12 - What fragrance reminds you of home?
Rancid Miracle Whip®.

13 - David W. McFadden once said that books come from books, but are there any other forms that influence your work, whether nature, music, science or visual art?
There isn’t a single thing I experience that doesn’t influence my work, even if it doesn’t make its way directly into a poem. Who knows what’s happening in the subconscious at any given time. We don’t know the actual origin of our work; we merely learn how to steward the process once something, a poem, or whatever, begins to appear. What happens prior to that is mostly inaccessible to us.

14 - What other writers or writings are important for your work, or simply your life outside of your work?
The company I keep with poets through correspondence has been important to me from a very young age. That conversation has been essential in filtering out the unnecessary noise of daily existence — it helps me locate poetry.

15 - What would you like to do that you haven't yet done?
I’d like to write a novel.

16 - If you could pick any other occupation to attempt, what would it be? Or, alternately, what do you think you would have ended up doing had you not been a writer?
Most likely I would have ended up incarcerated or perhaps working in the bowels of a cruise ship as a janitor, maybe I would have learned how to make balloon animals, something like that.

17 - What made you write, as opposed to doing something else?
I don’t remember ever feeling like I had a choice. It’s what I do, how I see and experience the world.

18 - What was the last great book you read?
Peter Gizzi’s In Defense of Nothing: Selected Poems, 1987–2011, a veritable portable generator of a book — fully charged.

19 - What are you currently working on?
I’m slowly building what will become my fifth book of poetry. A chapbook of recent work will be released this year, What Follows, from Ornithopter Press.