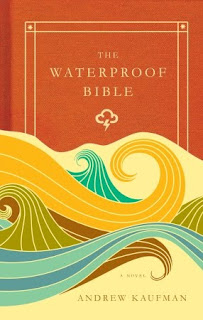 Rebecca had been able to project her emotions since the day she was born, when everything was dark and then suddenly it was bright and there were colours. Rebecca didn’t know where she was going. She hadn’t known there was somewhere to go. It hurt and there was no way to resist. She couldn’t focus her eyes, didn’t know she had eyes, and didn’t know that the light and the colours were coming through them.

When hands first touched her, Rebecca didn’t know what hands were, what skin was, what touch was. Only that the thub-thub was missing. There had been darkness and the thub-thub, and they’d been consistent and soothing, but now both were missing. The newborn Rebecca became quite distressed. Feelings of great anxiety and fear went through her and they did not stop there. They went into the room. They went inside everyone. The doctor stopped and stared at the baby in his hands. The nurses turned from the stainless steel tray and stared helplessly at each other. The hum of the machine became audible.

Finally, after the magnificent little novel All My Friends Are Superheroes (Toronto ON: Coach House Books, 2003), comes Toronto writer Andrew Kaufman’s second novel, The Waterproof Bible (Toronto ON: Random House Canada, 2010). In two books now, Kaufman has managed to write powerful, redemptive novels, of love lost and found, suspending belief in the best of these possible worlds he is able to create. His utterly charming first novel, All My Friends Are Superheroes, wrote out a world much like ours, except that many of the characters supposedly had powers; they certainly had superhero names. In this new work, The Waterproof Bible, there exists a world much like ours, but one of the main characters, Rebecca, broadcasts her innermost thoughts and feelings, and an entire race of Aquatics exist (a result of the Biblical flood), able to breathe both water and air, with a religion that tells them that to live on the land is sinful.

Kaufman’s two books highlight just how possible it is that the truth can be best explored and best found through fiction, writing the truths of Rebecca, contemplating the outcome of finally learning to leave the entirety of her past behind her, her newly widower brother-in-law Lewis, who loses everything, seeking out answers in the most unlikely places, and the function of throwing everything away before able to actually discover anything. He writes a cast of characters that slowly expand, but never feels cluttered, from the water-breathing and unwatered Aberystwyth, searching the dry earth for her lost mother, clutching her bible; to a character who claims to be God; to the father and son rainmakers who are both called for the same job, but refuse to acknowledge the other; or Margaret, who runs the hotel where Rebecca’s ex-husband works and waits for something that may never happen, and constructing his boat on dry prairie. The Waterproof Bible is a book that shows off some of the best of what fiction is capable of, much like the works of Milan Kundera, able to hold the fine lines between light and dark, heart, religion, disbelief and hard truths, combining without collision or contradiction the complexities of living in a way so few writers can. Kaufman knows how to write and not overwrite (as so many do); writing out just enough detail to make a point before continuing. For those fortunate enough to have read All My Friends Are Superheroes, this is the follow-up that we’ve all been waiting for.


“I thought God might be a little better at shooting hoops,” Lewis said. Lisa glared at him, but Lewis was unable to eliminate the smile from his face. “I’ll give you a ten-point lead if you answer one simple question.”

“Go get the ball,” Lisa said, setting her hands on her hips. Lewis nodded and ran to the grass, returning with the ball. He passed it to her and Lisa dribbled it three times. “I have no idea,” she said. “I haven’t died, and I never will. Mortality is your thing, not mine.” Raising the ball, Lisa shot. The ball hit the rim and bounced back onto the grass.

“I’m not fetching it this time,” Lewis said.