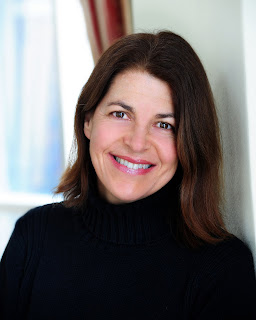 Dawn Promislow was born and raised in South Africa, and has lived in Toronto since 1987. Her first book, Jewels and Other Stories, was published in 2010 by TSAR Publications. She's had stories published in Maple Tree Literary Supplement and in the anthology TOK: Writing the New Toronto. Her story "Billy" was shortlisted for UK-based Wasafiri's New Writing Prize 2009, and she is the recipient of an Ontario Arts Council Works in Progress grant.

1 - How did your first book change your life? How does your most recent work compare to your previous? How does it feel different?
My first book, which has only been out for three months, made me feel very different actually. Now there is a concrete object out there, a piece of me, floating about in the world, sort of like a child, that I have to worry about! I have to worry about its life in the world, how it fares! I also have to do all sorts of things I’ve never done before, to do with promoting and marketing the book. I don’t particularly like all that, but it has to be done, so my time is quite taken up with that right now.

15 - What would you like to do that you haven't yet done?
Write a second book!
16 - If you could pick any other occupation to attempt, what would it be? Or, alternately, what do you think you would have ended up doing had you not been a writer?
I’ve attempted, half-heartedly, many other occupations, and was no good at any of them! I have liked jobs that gave me lots of room and space to dream. A lifeguard on a beach would be good, just sitting and thinking all day and watching the sea (as long as I wasn’t actually required to rescue someone!). Or even better, a beachcomber, walking along a beach all day, picking up stuff that came from under the sea or far away. Which, when you think about it, is one of the things a writer does.
17 - What made you write, as opposed to doing something else?
I love to read, books contain the world, and I love the magic that a writer can do by putting words, and worlds, onto a page. I guess I wanted to do that magical thing.

18 - What was the last great book you read? What was the last great film?
I read Madame Bovary for the second time recently, Lydia Davis’s new translation. I enjoyed very much seeing what a master translator can do, I kept going back to my old translation and comparing – it was interesting. And I re-read in French La Symphonie Pastorale by Gide, a novella that is both perfect and exquisite – or perfectly exquisite!

I saw The King’s Speech, loved it. But the last truly great film I saw was a 16-minute silent black-and-white film called A Trip to the Moon, made by Georges Melies in 1902. They call it the first science fiction film, and it’s 16 minutes of rough, unvarnished brilliance.
19 - What are you currently working on?
I have fragments in my mind that I would like to turn into short stories, and I have a longer work in my mind that becomes a little clearer in my mind every day, or I hope that’s what it’s doing!
12 or 20 (second series) questions;
Posted by rob mclennan at 9:29 AM
Labels: 12 or 20 questions, Dawn Promislow, TSAR Publications