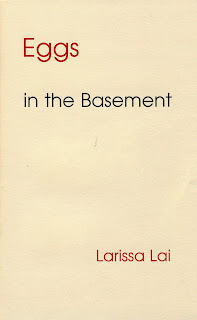 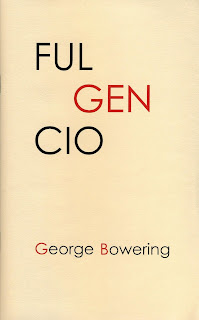 10– How do you approach the idea of publishing your own writing? Some, such as Gary Geddes when he still ran Cormorant, refused such, yet various Coach House Press’ editors had titles during their tenures as editors for the press, including Victor Coleman and bpNichol. What do you think of the arguments for or against, or do you see the whole question as irrelevant?
Apart from the two books of mine I published when we first started Nomados, I have no intentions of publishing my own work via Nomados. I don't think you can make rules on this, though. People's situations differ. I thank the stars that Hogarth Press published Virginia Woolf's work. On the other hand, sometimes it makes it too easy for writers to publish less than the best work.
11– How do you see Nomados evolving?
Our approach has always been to follow our interests rather than map out grand schemes. I think we will continue pretty much as we have.
12– What, as a publisher, are you most proud of accomplishing? What do you think people have overlooked about your publications? What is your biggest frustration?
My biggest frustration is not being 2 people so that I could devote one of me to doing more production and marketing work for Nomados. As to what we are proud of, well all of our books, really, but particularly good was to have published two titles by Robin Blaser. It was also really great that Lisa Robertson's book Rousseau's Boat won the bpNichol chapbook award, and that Larissa Lai's book Eggs in the Basement was a finalist for the award.
13– Who were your early publishing models when starting out?
Tish and Robert Duncan as noted above. But on the design side, I remember being impressed with cover designs reproduced in Ralph Maud's edition of Charles Olson's letters to his publisher Don Allen.
14– How does Nomados work to engage with your immediate literary community, and community at large? What journals or presses do you see Nomados in dialogue with? How important do you see those dialogues, those conversations?
We organize book launches. We attend literary events looking for people we'd like to publish. We keep aware of people whose work needs to get out but isn't getting out enough.
15– Do you hold regular or occasional readings or launches? How important do you see public readings and other events?
For authors in our home city we hold launches and readings. These are one of the main ways we sell books.
16– How do you utilize the internet, if at all, to further your goals?
Our website is our main marketing tool. www.nomados.org/nomados.htm
17– Do you take submissions? If so, what aren’t you looking for?
Because we are wanderers, and we don't want to lock ourselves in to lists way ahead of publication date, we don't take submissions.
18– Tell me about three of your most recent titles, and why they’re special.
We submitted all of our last 3 titles for the bpNichol award and one was shortlisted, but all of them are great: Jacqueline Turner's The Ends of the Earth is full of wry wit, taking on politically loaded topics and dealing with them most adroitly; Louis Cabri's highly inventive –that can't torques phonemes with world-shattering punch and refreshing formal verve; and Larissa Lai's Eggs in the Basement uses a nifty procedural key to invade gender-making, war-making subjectivities.
12 or 20 (small press) questions;
Posted by rob mclennan at 5:58 PM
Labels: 12 or 20 questions, Meredith Quartermain, Nomados